A new Funko Pop! Vinyl will be releasing May 10th on shopDisney, centring around a classic scene in Disneyland’s Pirates of the Caribbean attraction.

The Funko Pop! was originally a part of the Funko Virtual Con that took place in March and was exclusively available at that point to winners of their lottery system. 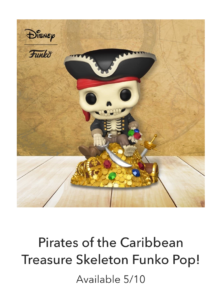 It is worth noting that the Con edition of the Funko glows in the dark, and at this present time it is not known if the shopDisney one also will.

No pricing has been shared at the time of writing, nor it is known when the Pirates of the Caribbean Funko Pop! Vinyl will appear on the shopDisney website. 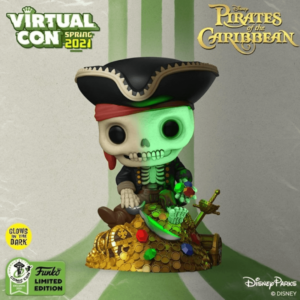 One thing is for sure, this skeleton will be in high demand from both fans of the beloved attraction and Funko Pop! collectors.

As we mentioned above, the skeleton on top of the pile of gold is taken directly from Disneyland‘s Pirates of the Caribbean attraction.

The Disneyland iteration of the attraction was the first to open in 1967, opening just three months after the tragic passing of Walt Disney.

Fans loved the now-classic attraction so much, that when the Magic Kingdom opened in 1971 without a version of the attraction, visitors complained so much that the attraction was opened on the East Coast just two years later. 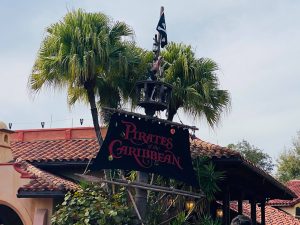 The attraction is now available to experience in 5 out of the 6 Disney parks across the globe, with Hong Kong being the only park to not have its own Pirates of the Caribbean to enjoy.