Avenger’s Campus Cast Members assemble!  Last week, we shared with you some awesome new images of the Avengers Campus at Disney’s California Adventure at Disneyland Resort.  This included a look at Pyms Test Kitchn, WEB Headquarters and even some of the mystical elements going into the Doctor Strange show. 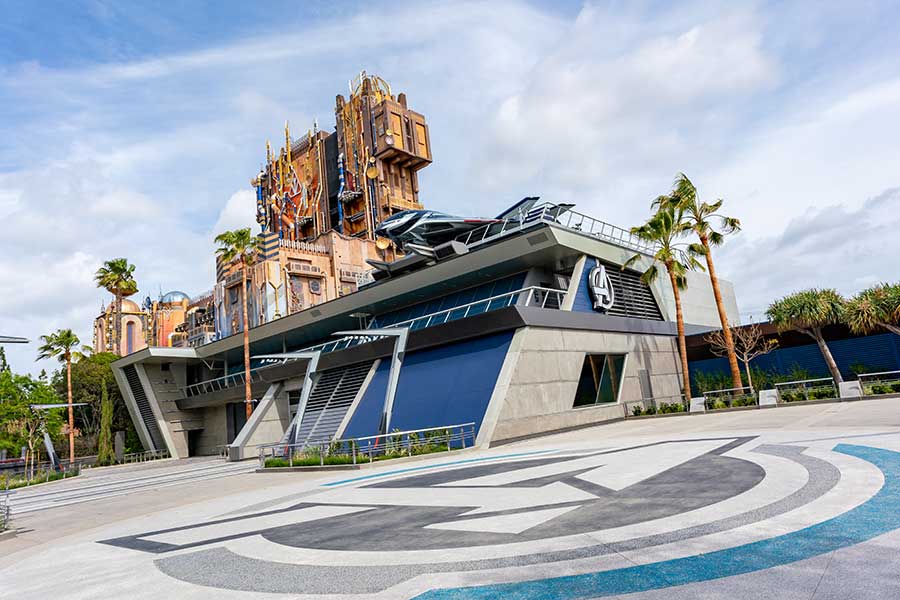 And today we’ve got something equally as exciting for all your Marvel fans! Disney has just provided us with a first look at the cast member costumes for this awesome new land that opens this Summer. 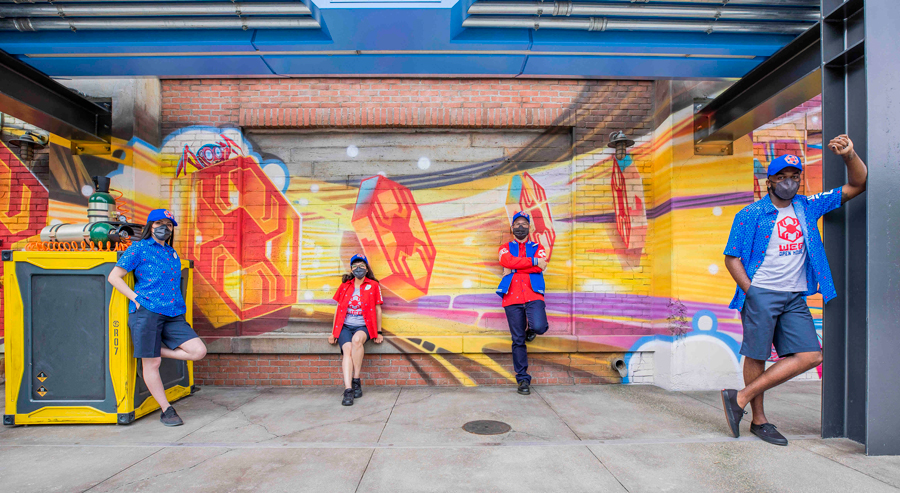 The cast members that you see hanging out at WEB HQ above are actually called Campus Representatives and you’ll find them out and about in this Marvel-themed land.  According to Disney, the costumes they wear are inspired by the areas where you’ll find them on campus.

The key is to create loose that are cool and comfortable but flow seamlessly with the aesthetic of the individual areas of the Campus. 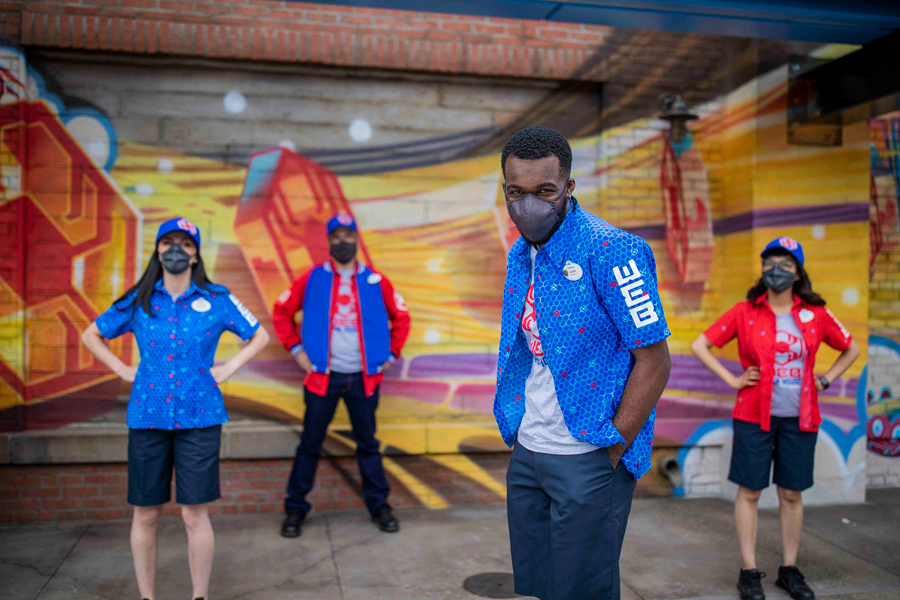 A great example are these cast members from WEB SLINGERS: A Spider-Man Adventure as well as WEB Suppliers.  You can see the tech-style emblems on these outfits which give them a modern look! 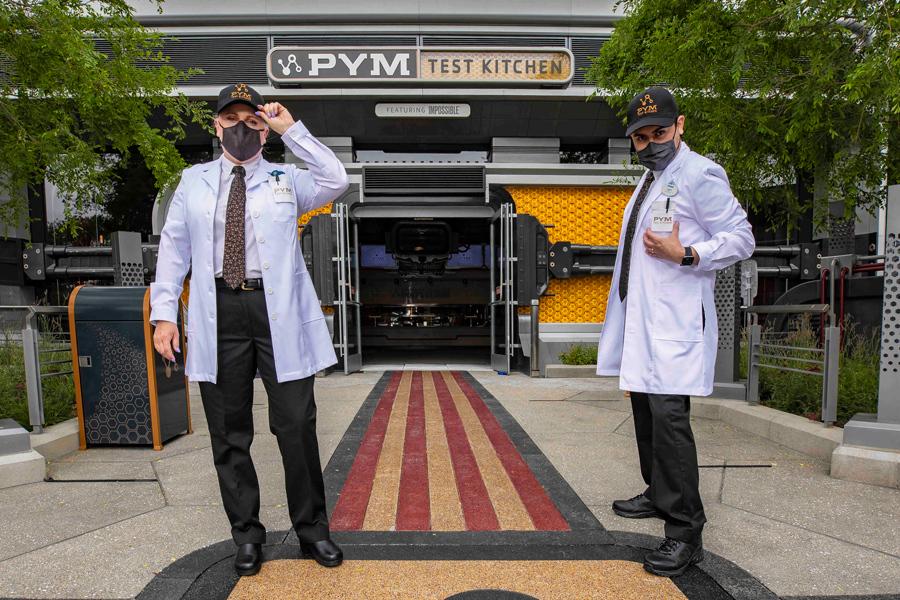 Over at the Pym Test Kitchen the costumes represent the experimental nature of this unusual eatery.  Outfits include Pym pocket protectors, lab coats, a hat and a tie.  The costumes also reflect the fun you’ll have inside as your food is shrunk or enlarged used to Pym Particle technology.  The cast member costumes feature a large “Pym Particle” on the hat and then an itty bitty one on the tie! 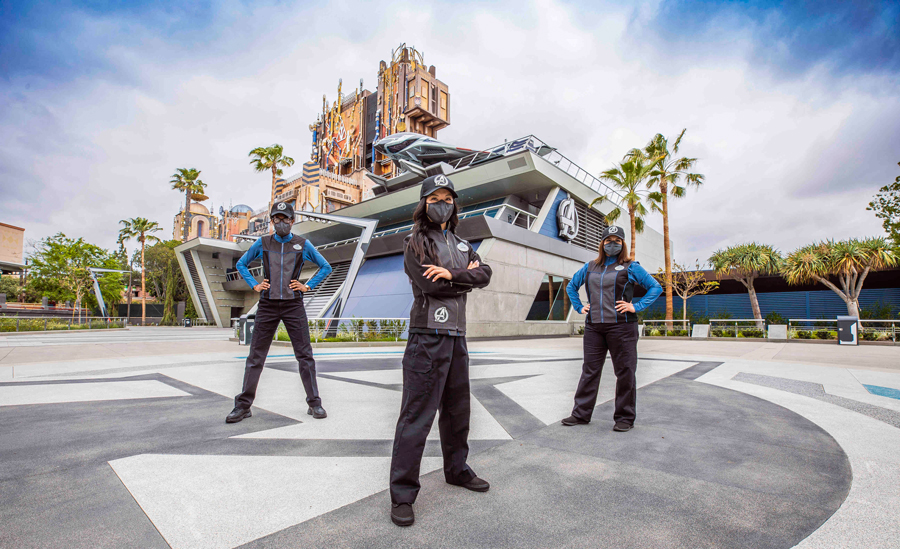 Those lucky enough to be working at the Avengers campus will be given a campus uniform that includes cargo bottoms, training shirt and a tactical-inspired vest.  All of the elements are light and breathable and perfect for taking on any mission that comes their way! 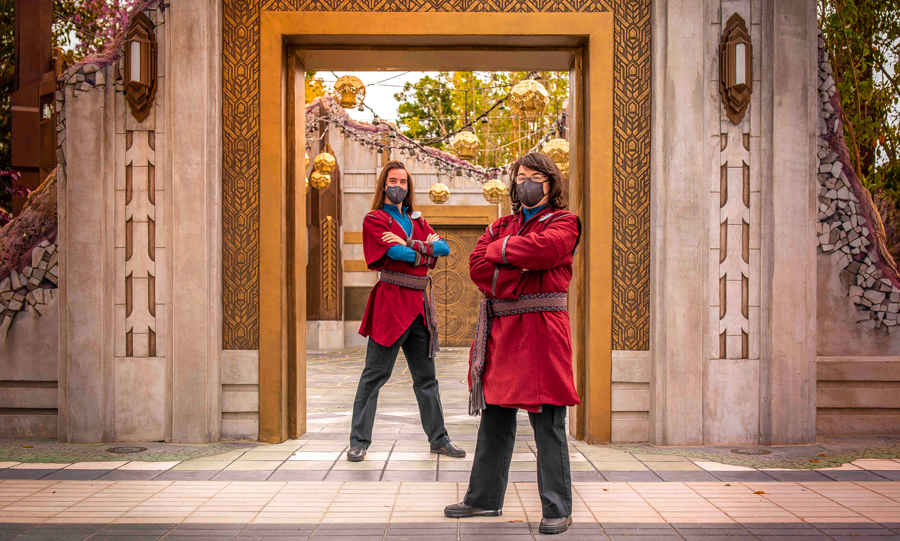 Check out the awesome costumes for the Ancient Sanctum. These are my favorite and will be worn by cast members at Doctor Strange’s stomping grounds.  That will you’ll see costumes with dramatic silhouettes, rich textures and details pulled from the “Mystic Arts.”

Campus representatives working at one of the two food carts you’ll find in Avengers land will wear colorful aprons.  The one on the right of course is inspired by the New York City food carts themed after Shawarma Palace taken right from the Avengers films!  The second cart draws inspiration from Mission: BREAKOUT. It’s called Terran Treats and you’ll find a style with the same aesthetic as The Collector’s fortress!

Get a closer look at all of the costumes above with this awesome video!

Don’t miss your chance to check out the action when the Avengers Campus officially opens on June 4th.

With new policies and procedures in place for next year, there’s never been a better time to work with an Authorized Disney Vacation Planner who can help you navigate through Disneyland’s new way of doing things! Just fill out my form HERE to get your FREE, no-obligation quote. Alternatively, feel free to reach out at mroden@mickeytravels.com or follow along on Facebook

Book before May 31st and I’ll even throw in a FREE Disney gift card!