We’ve got a special treat for all of your Disney Villains fans who have been anxiously counting down the days until live-action Cruella makes its way to theaters and Disney+ (May 28th.) Disney has just released another promo for the film as well as a series of character posters and we are so excited to share them with you! 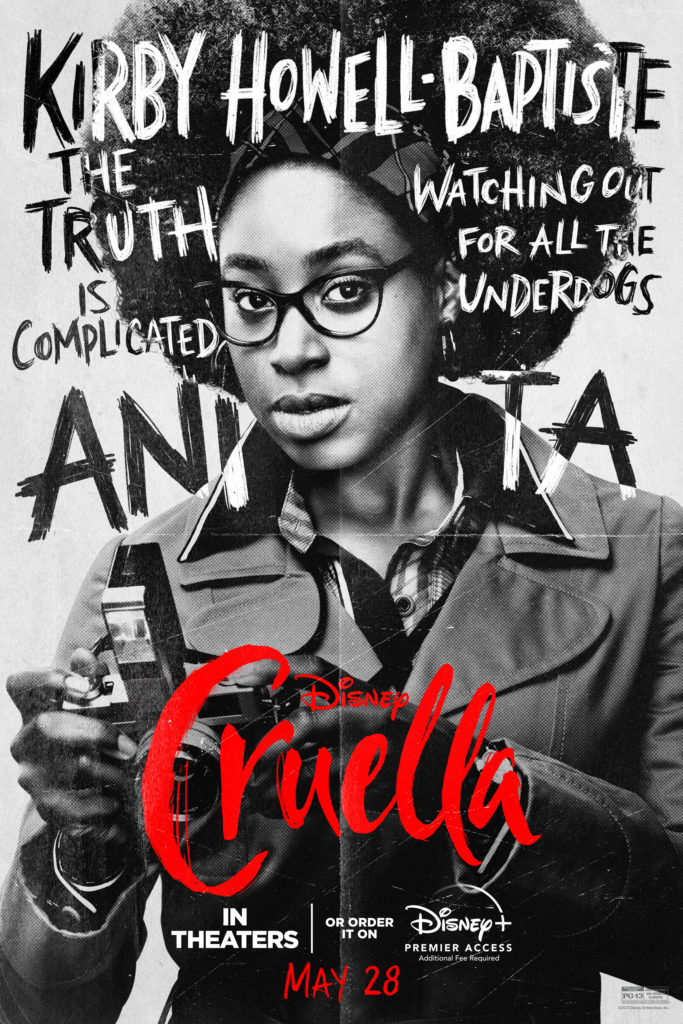 The first poster features Kirby Howell-Baptiste as Anita. Disney is remaining pretty tight-lipped about the plot-points and characters but we do know that Anita has been described as a friend of Cruella’s.  There’s even some speculation that she may be the owner of the Dalmatian Perdita. Be sure to tune in to Disney+ or visit your local theater to find out! 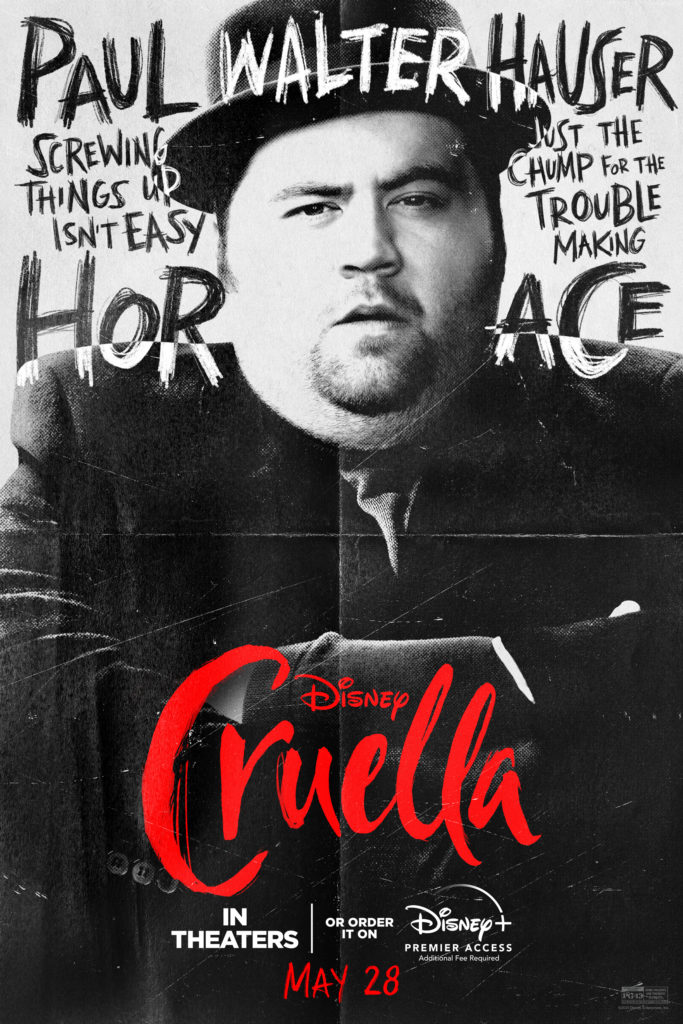 Next up is Paul Walter Hauser as Horace. As we’ve seen in the previous trailers that have been released, he would appear to be one of Cruella’s henchmen! 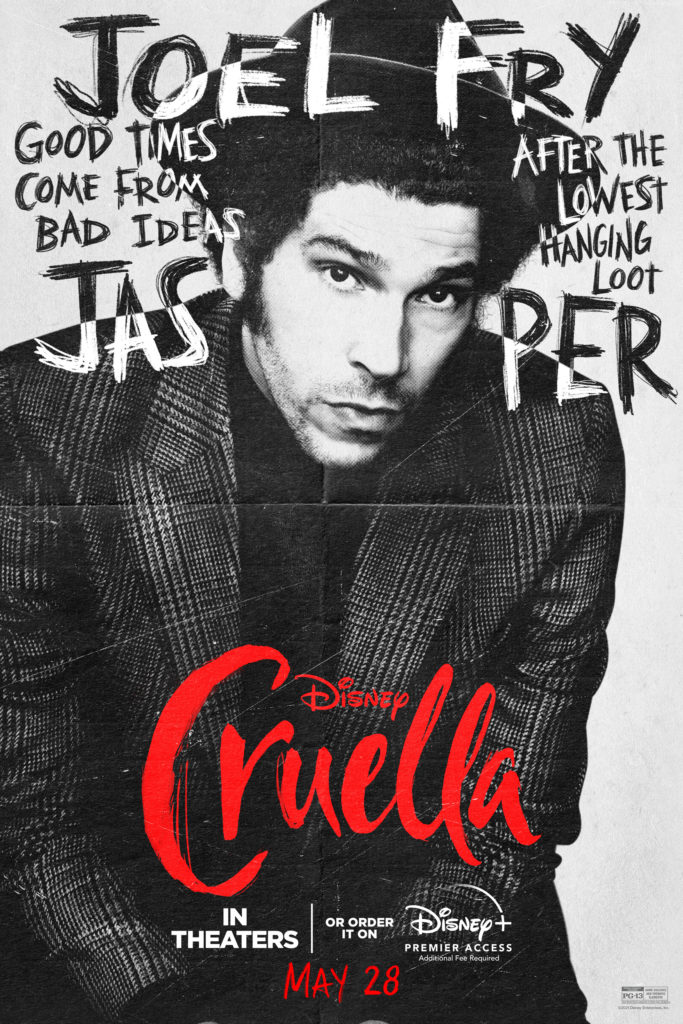 And speaking of henchman the second of Cruella’s sidekicks is Jasper played by Joel Fry. He will eventually become Cruella’s dog-napper along with Horace. 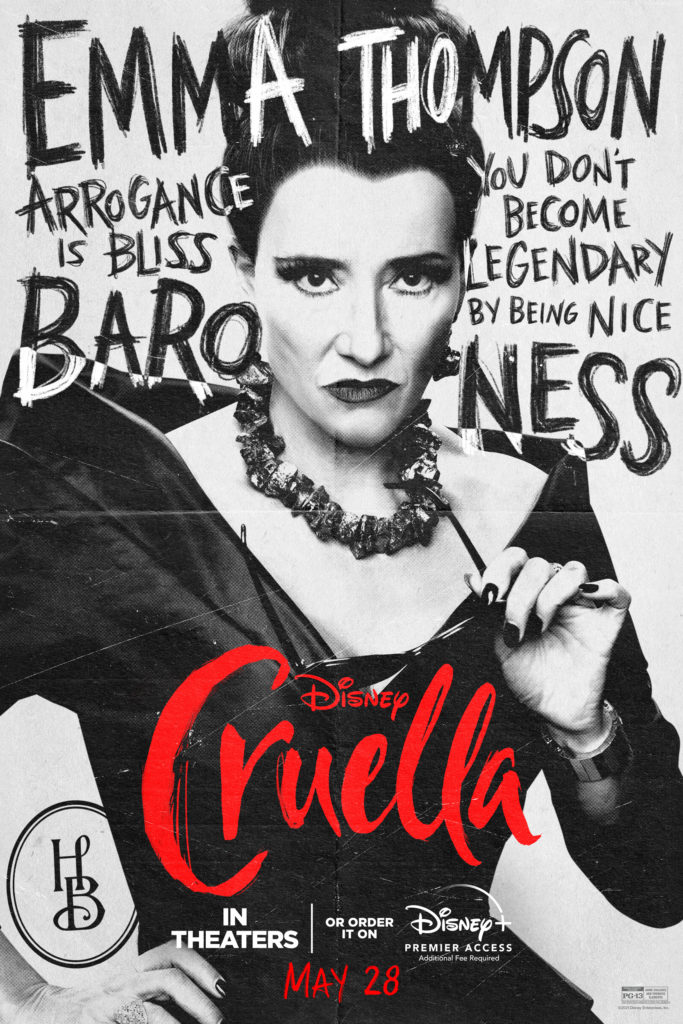 There’s an element of Miranda Priestly from The Devil Wears Prada in Emma Thompson’s take on Cruella’s main adversary. Though we don’t know all of the gritty details, it would appear that the Baroness Von Hellman plays a pivotal role in Cruella’s shift from aspiring designer to one of Disney’s most nefarious baddies!

Last, but certainly not least is our title character Cruella played by Oscar-Winning actress Emma Stone! She certainly looks the part!

For those looking for more awesome insights into the characters we highlighted above, check out this awesome featurette just released by Disney!

Don’t miss Cruella when it comes out on May 28th.  We expect more wickedly wonderful details to be coming out in the weeks ahead so keep following along with MickeyBlog for the latest updates!