Destined for Disney Channel, we first saw a glimpse of The Ghost and Molly McGee last year during the NYCC Sneak Peek.

And they also added an animated song Mega Mix:

Just before that, MickeyBlog.com posted:

However, now we are hearing — and seeing — more and more about this upcoming show.

In fact, in the hour after The Ghost and Molly McGee main title dropped, Ashly Burch, who voices Molly, tweeted:

Y'all I am so so so excited for this show. I was such a Disney kid when I was younger, and it's so surreal and amazing to be one of the leads of a Disney show! 😍 https://t.co/Z4qKVUDXV3

She said, “Y’all, I am so so so excited for this show. I was such a Disney kid when I was younger, and it’s so surreal and amazing to be one of the leads of a Disney show!” 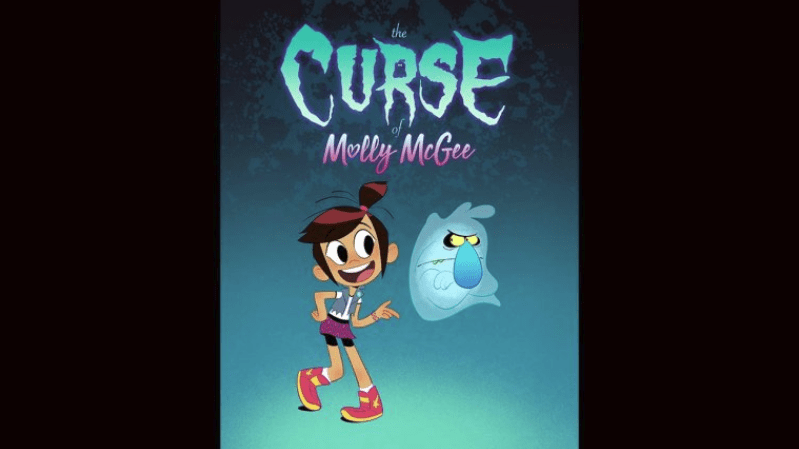 The show was greenlit as “The Curse of Molly McGee.” Image: Disney Channel.

Emmy® Award-winner Ashly Burch (“Mythic Quest: Raven’s Banquet”) and Dana Snyder (“Aqua Teen Hunger Force”) lead the cast of Disney Channel’s upcoming buddy comedy “The Ghost and Molly McGee” (formerly known as “The Curse of Molly McGee”). The animated series follows tween optimist Molly (voiced by Burch), who lives to make the world a better place, and grumpy ghost Scratch (voiced by Snyder), whose job is to spread misery. When one of Scratch’s curses backfires, he finds himself forever bound to Molly. Produced by Disney Television Animation, “The Ghost and Molly McGee” is slated to premiere in 2021 on Disney Channel and in DisneyNOW.”

The show will hit Disney Channel in October 2021!