The New Courtyard at the Beach Club is gorgeous…

There are few locations that are as picturesque as Walt Disney World’s Beach Club Resort.

Situated steps from Epcot and a short Skyliner or Friendship Boat trip to Disney’s Hollywood Studios, the resort is a true gem in what I would call “the vicinity of Disney’s Boardwalk.”

Having stayed there, I can personally vouch for the ambiance and beauty of the entire resort. 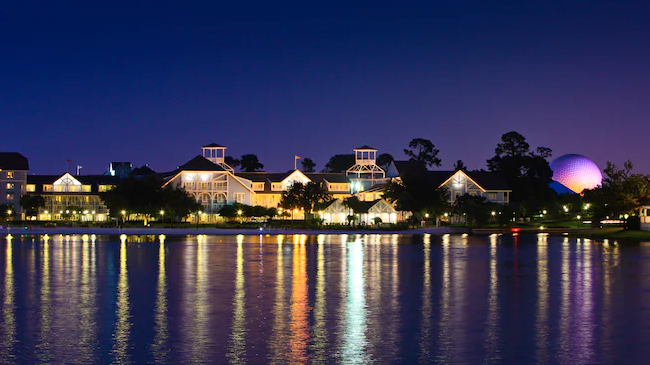 The Beach Club, as seen from Disney’s Boardwalk. 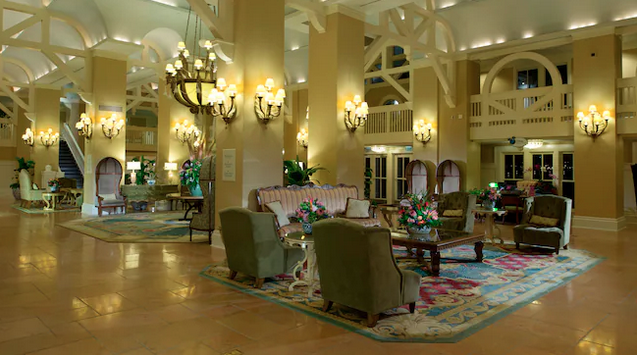 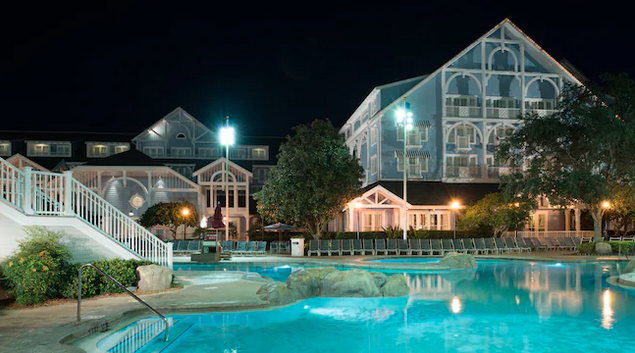 The quiet ambiance of the pool. 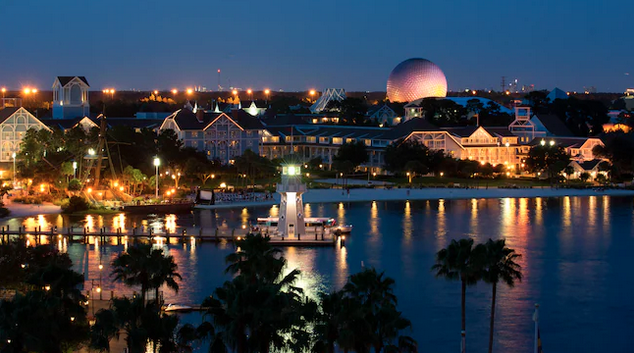 The New England feel of the resort isn’t just in the lobby. Notice the lighthouse on Crescent Lake? 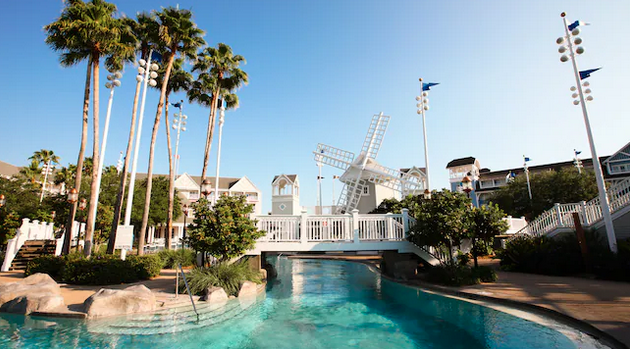 Stormalong Bay is another key feature.

Strangely, notice that the official entrance to the resort from the Crescent Lake-side is NOT in the official picture set.

That’s about to change.

The Beach Club entrance was under construction:

Check out the new back door, fronted by a beautiful courtyard. 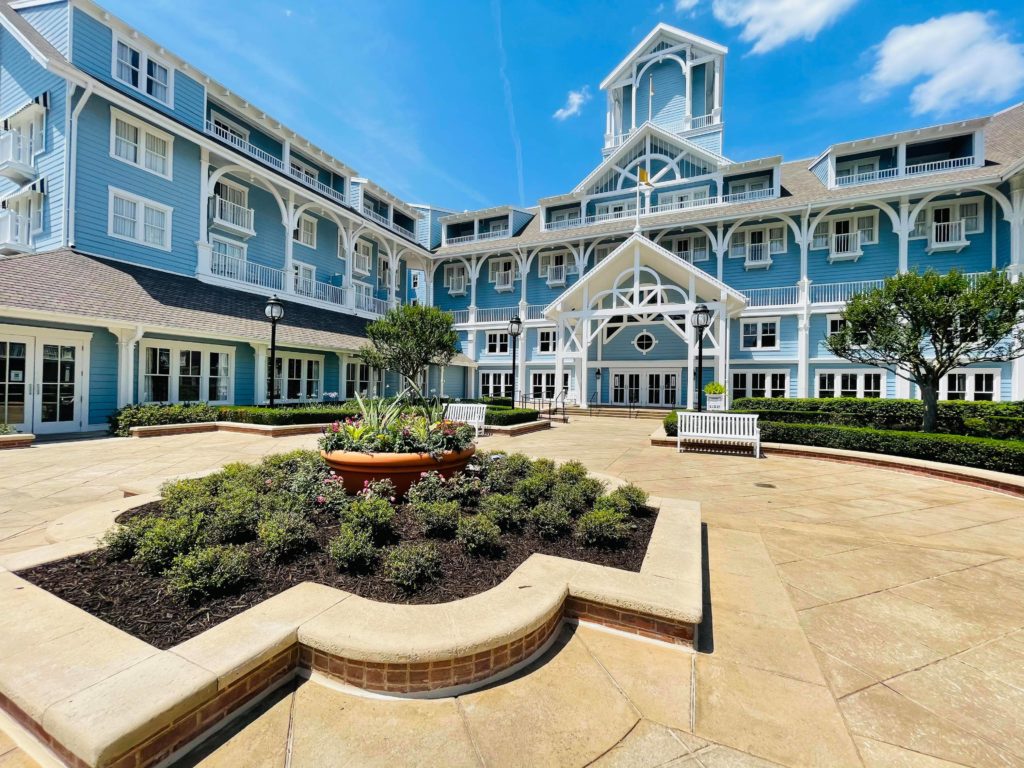 Wouldja look at that courtyard! 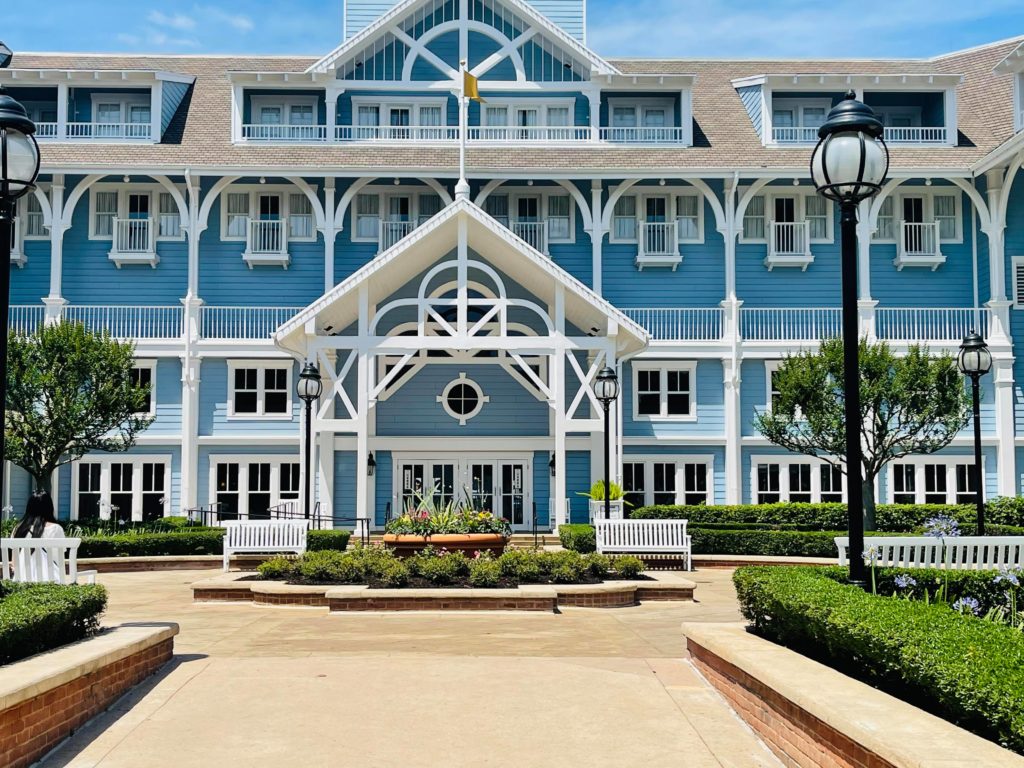 A vast improvement. And it will only get better as the foliage and flowers grow in! 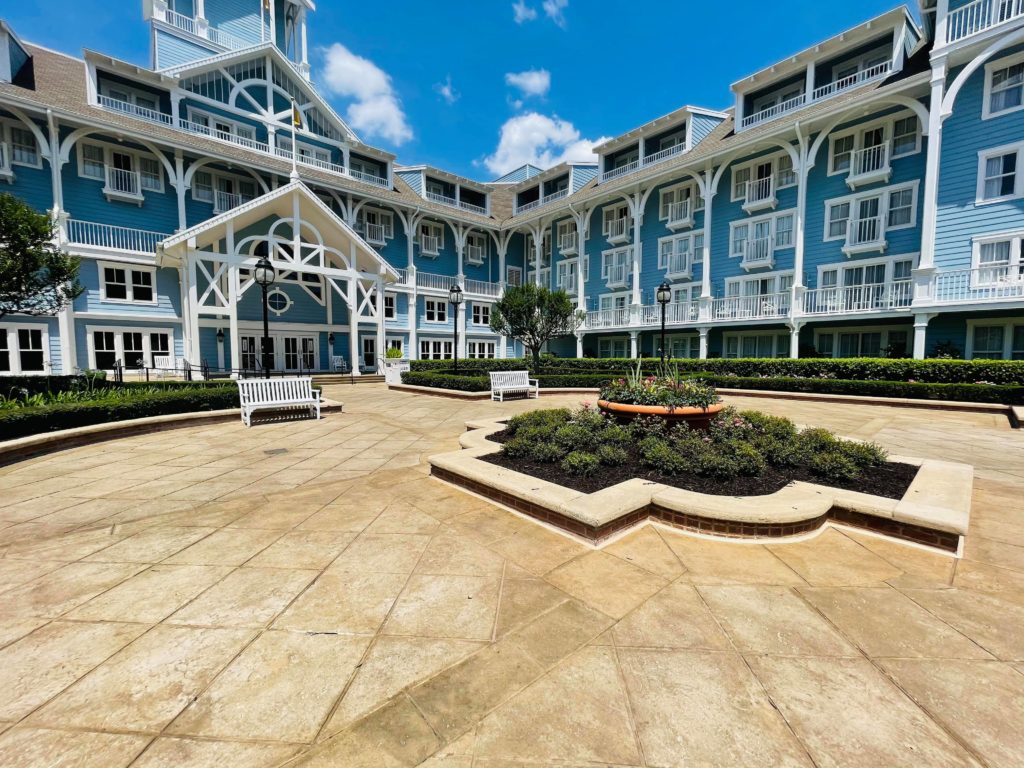 Another angle. LOVE IT. 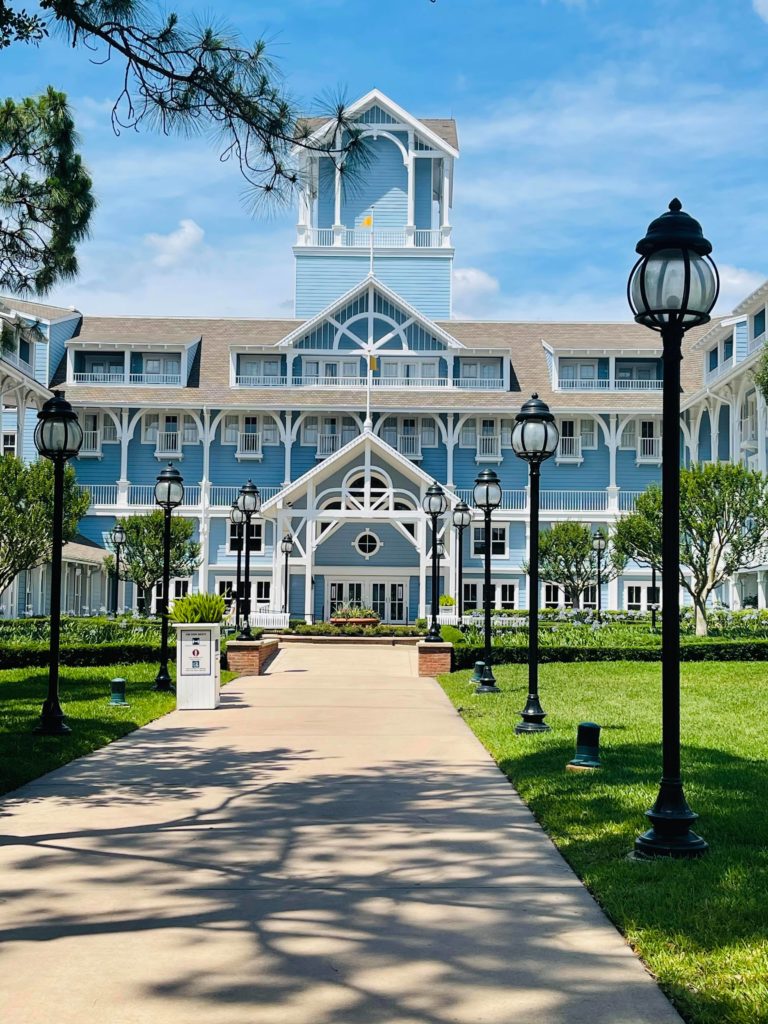 I am from New England. And while this is a New England-style resort, very few places still look like this. This is a gem. 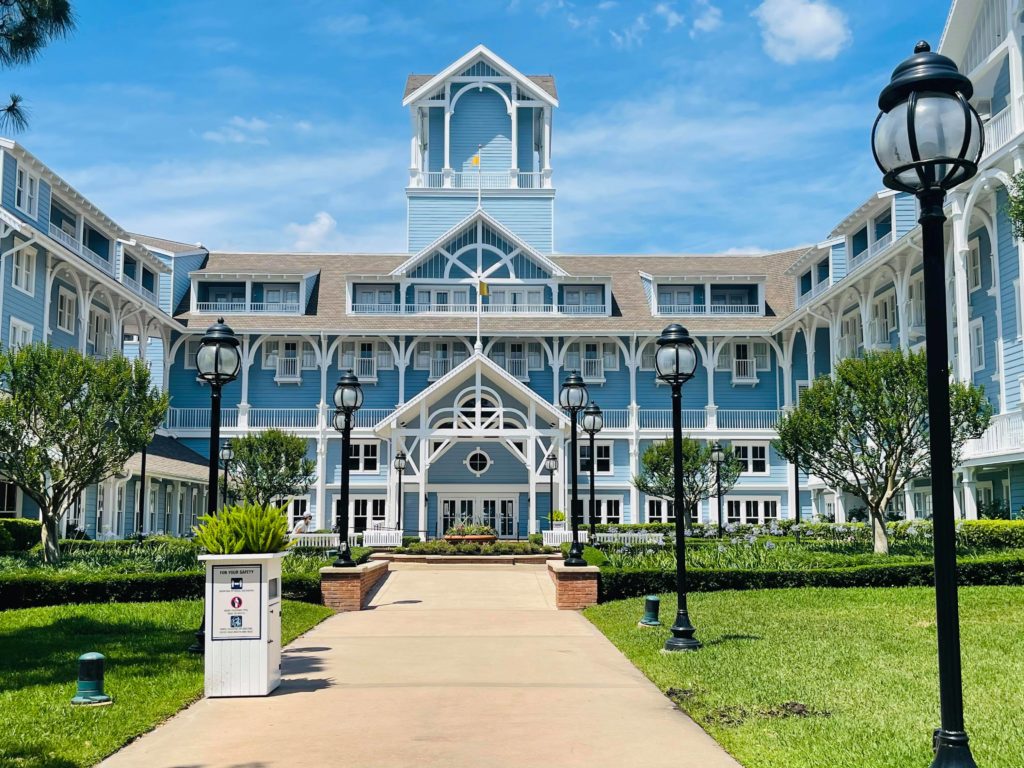 Another picture of the refurb. 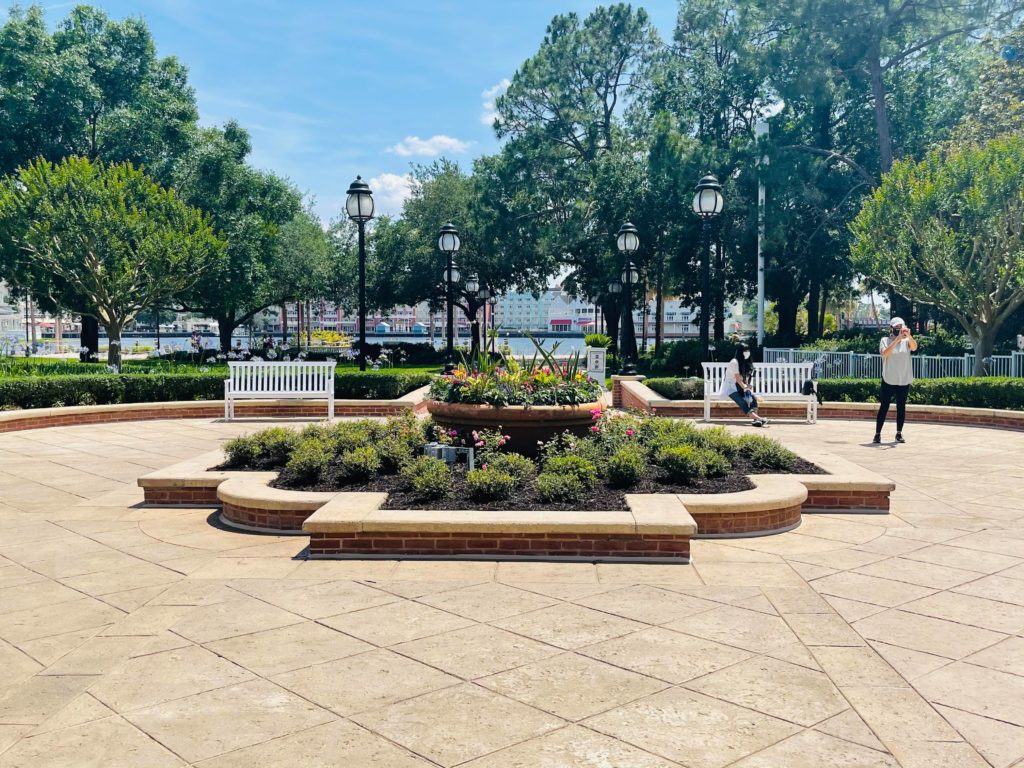 And just to entice you a little more, here are some photos I took during my stay two years ago. 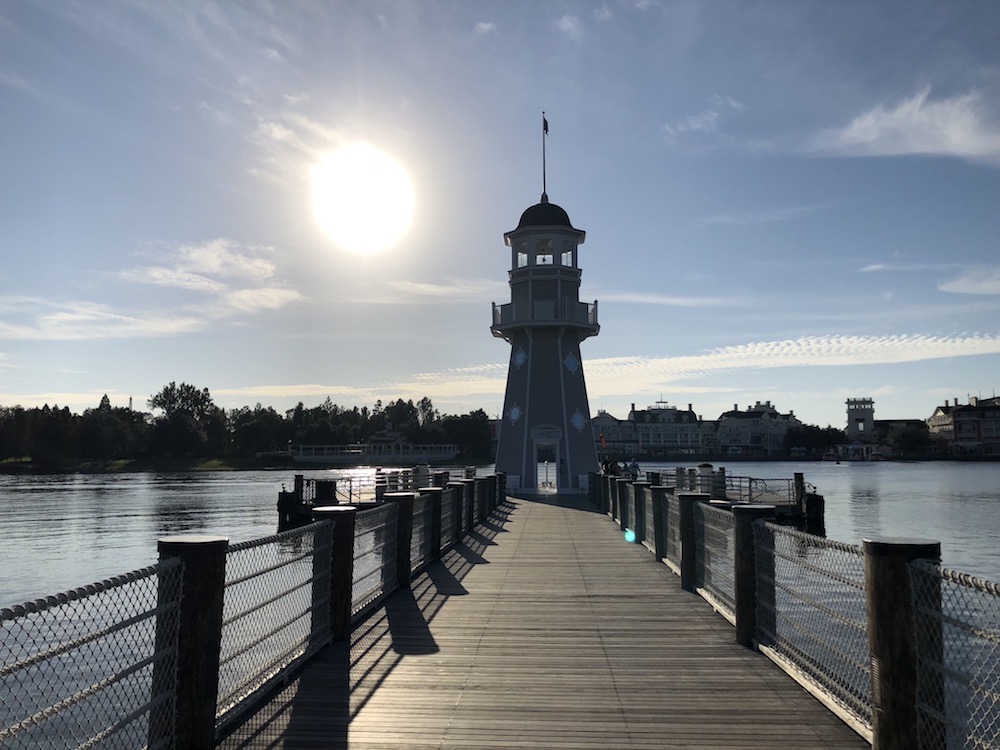 This was a beautiful morning in November. 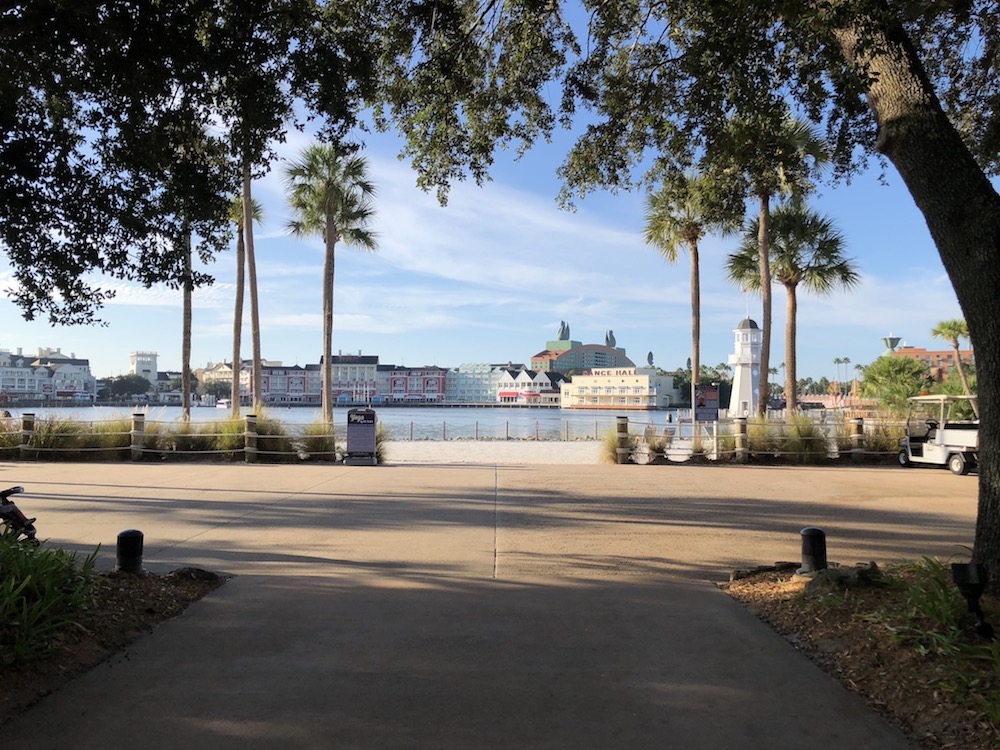 Looking over to the Boardwalk from the Beach Club. 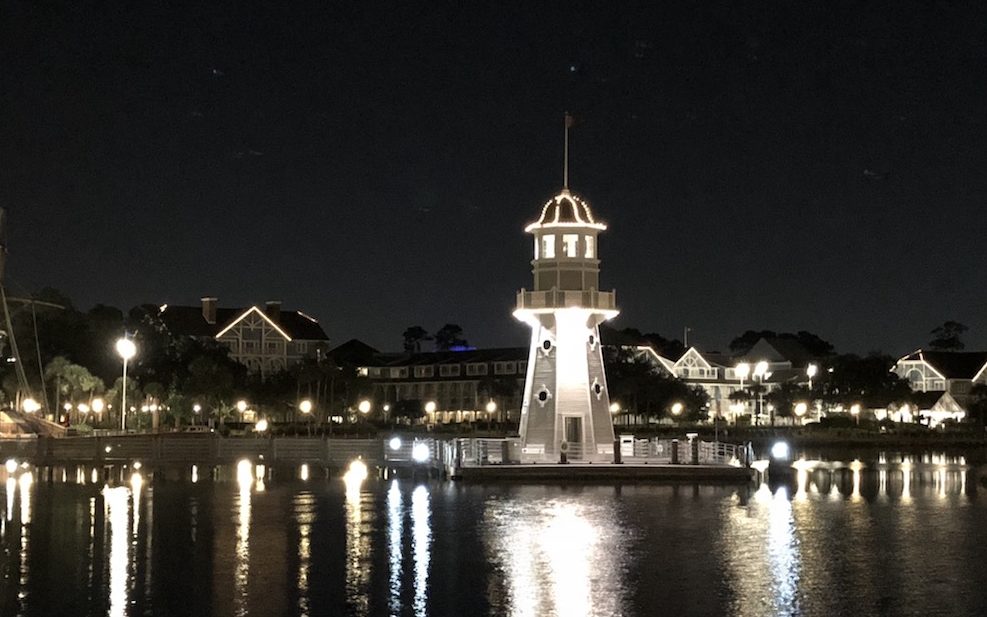 Another view of the lighthouse, with the Beach Club in the background. 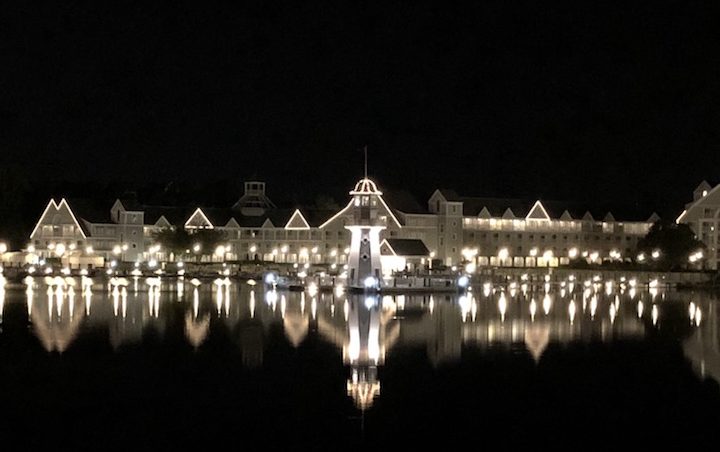 A wider shot of the entire complex.

This was one of the best resort hotels I have ever stayed in. You should try it, too!