This Earth Day we are diving into nature…literally! Today is the premiere date Secrets of the Whales, an amazing Disney+ original series from National Geographic. Be prepared for a heart-tugging story that is sure to open your eyes to some of the most amazing creatures on Earth.

Filmed over three years in 24 locations using state-of-the-art camera technology and the latest scientific thought on whale culture as the basis for its story, Secrets of the Whales plunges deep into the cetacean world to reveal how whales share their own cultural and family traditions much like humans do. 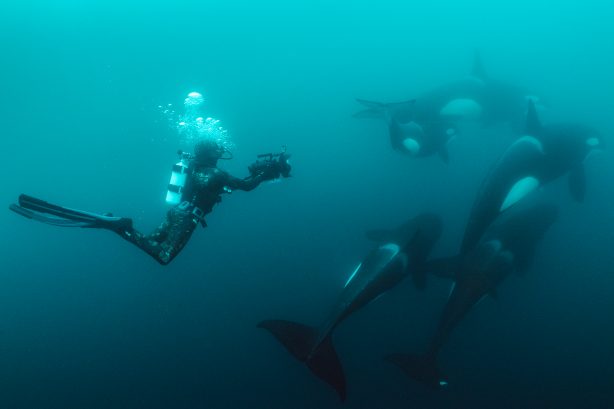 “What we see in Secrets of the Whales are whale cultures that mirror human cultures in many respects,” says National Geographic Explorer and Photographer Brian Skerry, who led the team of photographers and scientists behind this Herculean effort—one that, Skerry says, resulted in gathering 179 terabytes of data—“more than the Hubble telescope gathers in a year.”

“It’s a slippery slope to say they are just like us, but they are. We have to acknowledge that they are an alien species that live on our planet, but they are mammals and they do breathe air and they do so many things like we. They teach their young the skills that they will need to survive, for example, because, like humans, they are not born with innate traits that they can just have a baby and the baby knows what to do. They have to teach them.”

“Many whales teach their children ancestral traditions—their identities, their cultures,” Skerry says, explaining that whales do things differently even within a genetically identical species. “The Orca in New Zealand behave and eat differently from the ones in Patagonia or Norway. In the case of sperm whales—in Moby Dick, Melville portrayed them as leviathans and sea monsters—but we know today that they have the biggest brains on the planet.

They are shy, gentle and loving. Empathetic. Life in the ocean is difficult for them—they spend most of their days in hundreds of meters of darkness and cold foraging on squid—but they make time every day or every few days to socialize. Spend time with some of them, and every few days you will see them at the water’s surface rubbing, gently biting and playing. They close their eyes in pure bliss, reaffirming family bonds.” 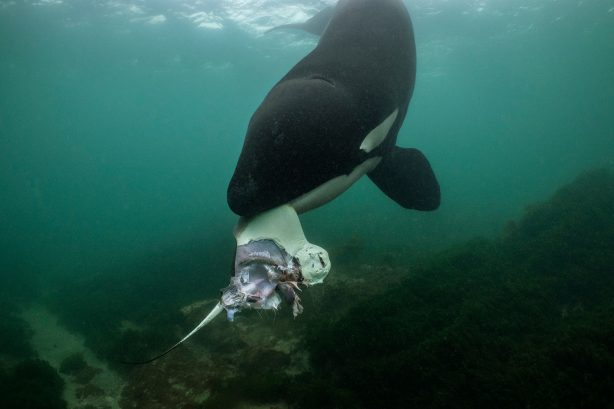 Disney+ Original Series “Secrets of the Whales” is embroidered with unforgettable sequences. An Orca whale nudging her dead calf along for weeks seemingly unable to say goodbye to her offspring; a humpback whale inverted horizontally to sing his song directly into coral to amplify his plaintive tones; an Orca whale trying to feed Skerry a stingray, thinking the tall, slender photographer is an emaciated whale (Orcas have learned that if you turn the stingray upside down, it falls asleep, making capture easier and gentler); the cataclysmic burst of bubble net feeding, in which as many as 60 whales breach the ocean, one of the surface-feeding behaviors whales exhibit, to gorge on herring; and the nursing techniques of sperm whale calf nursing in Dominca in the Caribbean Sea, which Skerry was able to document for the first time ever, from just a few meters away.

“She was a relaxed, tolerant, trusting mother down at about 50 or 60 feet lying upside down and her mini-me calf coming in next to her, and I held my breath and gently free dived down to them, and she looked at me then she just closed her eyes. She was relaxed and trusting.

That evening I showed the footage to Dr. Shane Gero, who has been studying these whales for 15 years. He said, ‘There’s an old saying in the whale biology world that says some day we will know everything there is to know about whale biology except how a sperm whale calf nurses.’ Because they couldn’t figure how that jaw would work with a nursing mom. But now we have frame-by-frame analysis showing how that happens.” 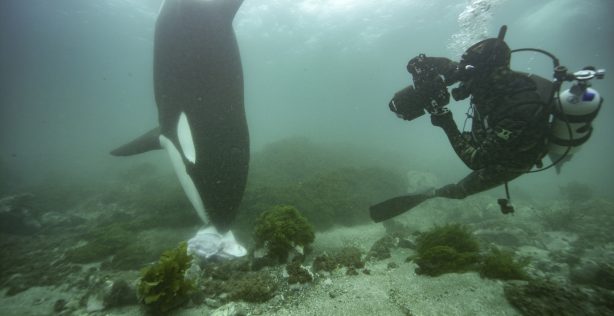 There has never been a better time to tell this story, Skerry says, given recent advances in filmmaking and photography. “The dynamic range of new cameras like the RED Gemini has 64 or more f-stops in dynamic range so in post, we can bring out detail and witness amazing behavior that a year or two before would have been impossible. We’re using gyro-stabilized systems on a boat with a 1,000-mm lens on a Phantom [high-speed] camera that can shoot 1,000 frames a second, and we’re able to catch a breach of a humpback whale and see incredible detail—creating intimate portraits of these animals when they surface.

We can use a squadron of drones to see never-before-seen socializing behavior. You can take one Pelican [carrying] case to anywhere in the world—to remote locations where there is very little infrastructure or it’s too cost-prohibitive to rent a Cessna or helicopter—and not only see whales in new ways but capture that footage in 4k or 6k—perfect for post-production.” 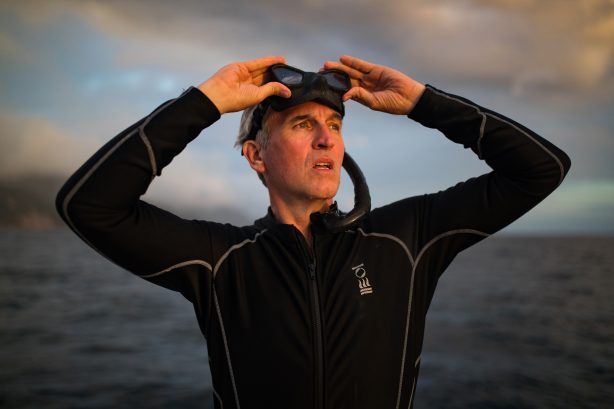 The Disney+ Original Series Secrets of the Whales is also being released with Skerry’s book Secrets of the Whales, which is on sale now, along with a special May issue of National Geographic magazine, “The Ocean Issue,” available online now—will also remind audiences how important our planet’s oceans are to all of us on Earth.

“We dump 18 billion pounds of plastic into the ocean each year,” he says. “Since World War II, we have extracted 90 percent of the big fish in the ocean. Every single year we kill 100 million sharks. We can’t take 100 million apex predators from this ecosystem and expect it to be healthy. We have lost 50 percent of the ocean’s coral reefs in the last few decades alone. And yet we live together on an ocean planet.” 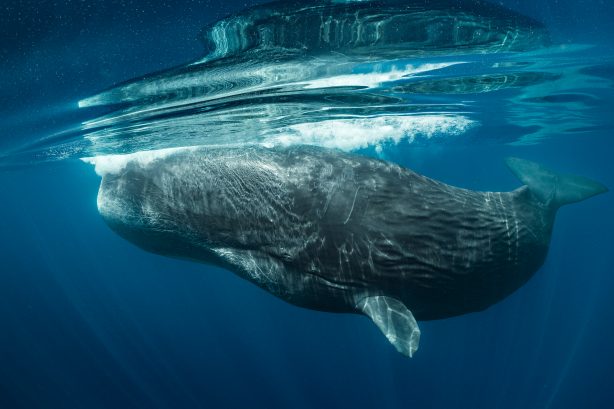 “Secrets of the Whales is especially important at this point in time, because it’s not a conservation film, and yet it might be the most important conservation film ever made. If audiences see our planet and the ocean through the lens of culture and these empathetic and highly sentient animals—might that not change our behavior? Might that not help us frame our lives in the context of that intricate machine that we are a part of? We are no longer apart from nature or above it, but we are intimately connected to it.

“At a time in our history where truth and storytelling are more important than ever, to have the power and commitment of Disney and National Geographic locked arm and arm, going forth with these messages to raise awareness to enlighten people is tremendously exciting. I’m waving the flag for both companies and I think in the time ahead, it will pay huge dividends at a very pivotal moment in human history.”