New ‘Guardians of the Galaxy’ Footage Coming For Cosmic Rewind

James Gunn confirmed on Twitter recently that brand new footage for the upcoming EPCOT attraction will be filmed when the cast is together once more for the filming of Guardians of the Galaxy: Volume 3. 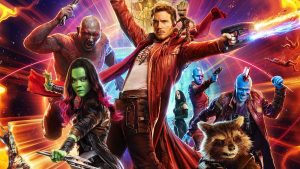 The news comes after Twitter account @getFANDOM posted Gunn’s schedule for the year, which includes the third addition to the Guardians franchise, as well as the holiday special.

Following this, a Twitter user asked the director if footage for Guardians of the Galaxy: Cosmic Rewind is also scheduled to be taking place at some point, to which Gunn confirmed.

Yes Guardians of the Galaxy: Cosmic Rewind at Disneyworld is also on the agenda. https://t.co/KLWL7cYjXL

Although it was presumed that there would be brand new footage exclusively for the attraction, nothing was confirmed up until this point.

This will also not be Gunn’s first time at directing footage for a theme park attraction, as he was also the director for all of the footage filmed for California Adventure’s Guardians of the Galaxy – Mission: Breakout! 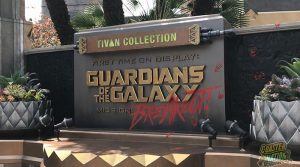 We’re extremely excited to see what will entail when guests board Guardians of the Galaxy: Cosmic Rewind for the first time, and now even more so given the news.

Construction is still taking place on the new addition to EPCOT and no opening date has been announced as of yet, so will have to contain our excitement for a quite a while longer.