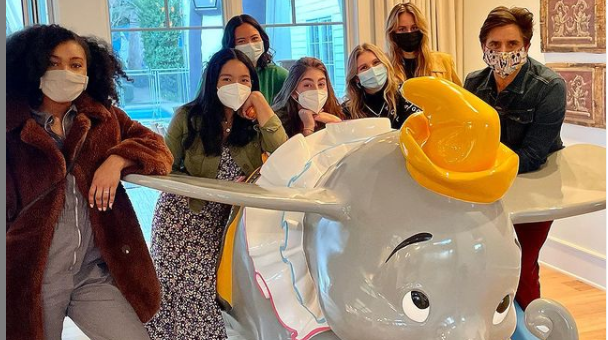 We loved him as Uncle Jessie, he’s back in the Disney+ series Big Shot, but just when you think that John Stamos couldn’t possibly get any cooler he reveals in an Instagram post that he has one of the ride vehicles from Dumbo the Flying Elephant in his house! 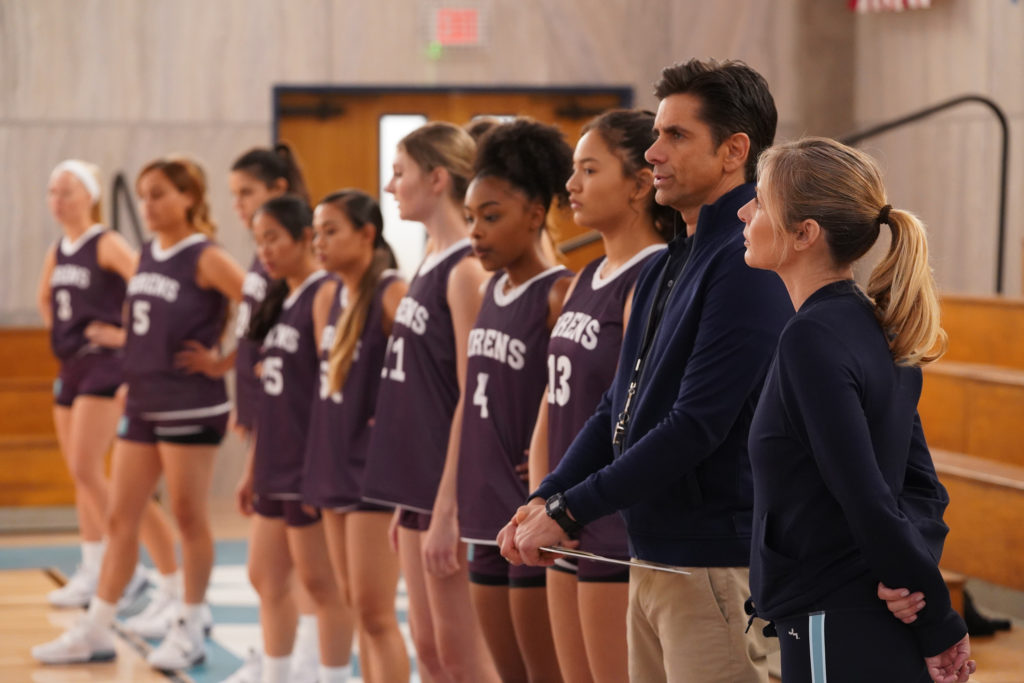 The first episode of Big Shot made it’s Disney+ debut this week and follows a hot-shot college basketball coach named Marvyn Korn who is forced into coaching a girl’s high school team after getting fired.  To celebrate the show’s premiere, Stamos invited his castmates over for a premiere watch party and that’s when he revealed that  he’s got a GIANT statue of Dumbo!

As ComicBook.com tells us, in the photo above you’ll see Stamos posing alongside all of the main players from his basketball team in the series. They recently interviewed some of the actresses who had amazing things to say about Stamos including Sophia Mitri Schloss who plays his daughter Emma in the series. She says, “I went back and watched some Full House and it’s so fun to see him, like his whole evolution through his career, because he’s done so much and he’s so experienced. So it was amazing to be a scene partner with him,” Schloss shared.