Another collectible key is on its way, this time with all the colors of the rainbow as part of the Rainbow Disney Collection.

The collection is Disney’s celebration for LGBTQ+ Pride Month, which takes place each year in the month of June. The key comes in the typical format with the famous Disney ‘D’, and Mickey silhouettes are seen in front of a rainbow background on the shank of the key.

The Fantasyland castle can be seen with a rainbow, with the word ‘Love’ just above, with a Mickey head replacing the ‘O’.

The rainbow key is certainly a beautiful addition for those who collect the Imagination Collectible Keys or not.

No other details have been released about this upcoming key as of the time of writing, but it is to be expected that the price tag for this item will be $12.99, in line with other collectible keys. 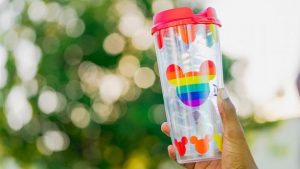 Given that the release date of the key is early May, just one month before Pride Month itself, it can be assumed that a new wave of the Rainbow Disney Collection will be releasing also.

However, this is purely speculation as nothing has been announced.

The Walt Disney Company has been very open about its support of the LGBTQ+ community, with the company taking part in Pride parades around the globe.

Disneyland Paris even hosts its own Pride celebration typically, however understandably this has not been able to happen over the past two years due to the ongoing pandemic. 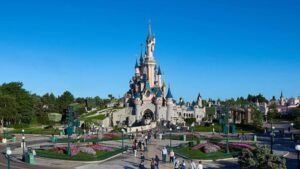