While the Kenny family were on their way home from a magical Disney vacation, they received a phone call that neighborhood children broke in and vandalized the house. According to the Horry County Police Department in South Carolina the two people responsible for the vandalism are children, and therefore can’t be charged for any damages. A police report for the incident said the vandalism was intentional. 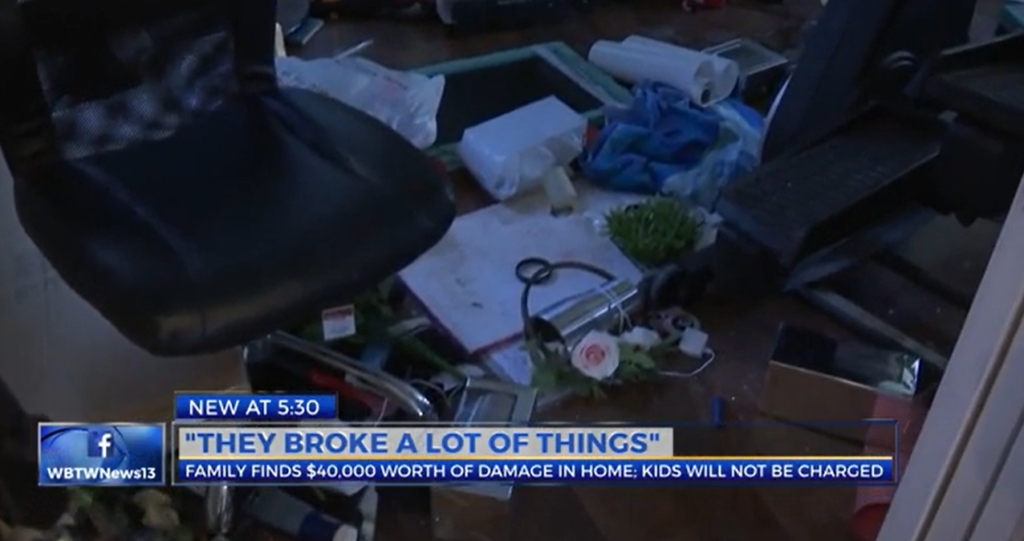 “They urinated on my computer to the point where they fried the inside and it started smoking,” said homeowner Brian Kenny said. “We got a brand new hot tub this summer that was one of our big purchases that they destroyed with a shovel.”

But there was more damage. TV’s and computer were destroyed, sticky liquid was dumped on every inch of the floor, soda and glitter were dumped on the couch, holes were in the walls and broken glass was everywhere. The bedrooms in the home were also damaged.

“It was just beyond what we ever could’ve imagined,” Kara Kenny said. “We didn’t think it would be as bad as it actually was,” Brian Kenny said. 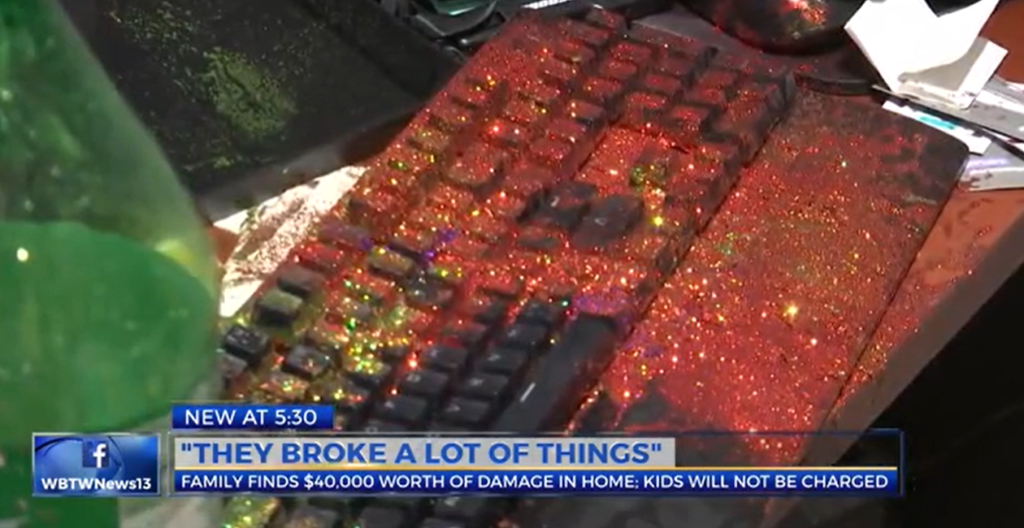 Brian Kenny reached out to his homeowners insurance company to see what was covered under his policy, and to his surprise, nothing was.  “They told us that none of our property, our personal things are covered under our insurance,” he said. “It’s only our structure. They broke a lot of things.” The damage amounted up to $39,751. 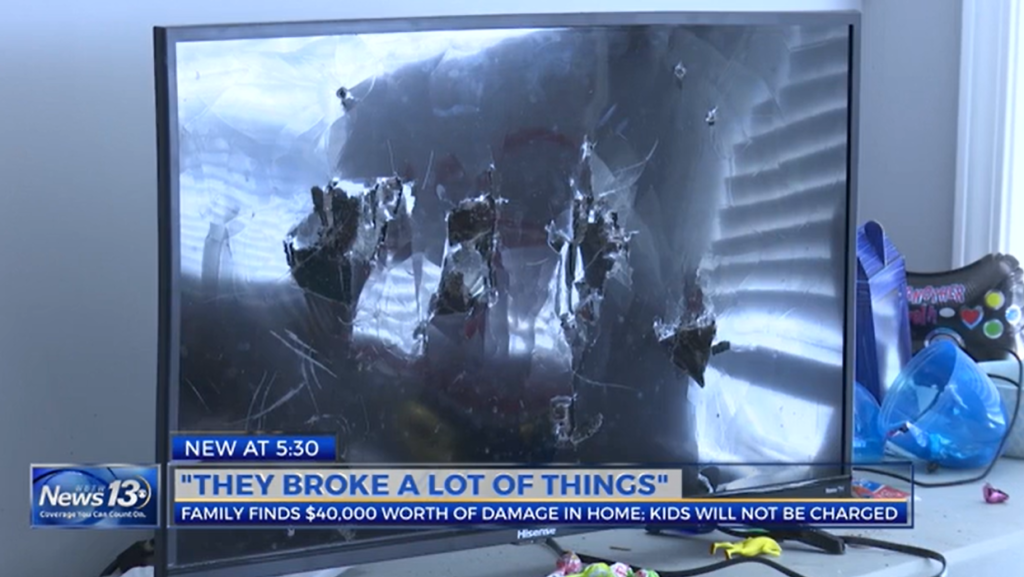 Brian Kenny said that the damage was $39,751. The family will have to pay for dumpsters, a moving company and a place to stay while they are out of the home staying at an Airbnb through the end of the month.