A Refresher: Still No Avengers at Walt Disney World

Disney folk, of which I consider myself, are often asked about the differences between Disneyland Resort and Walt Disney World. 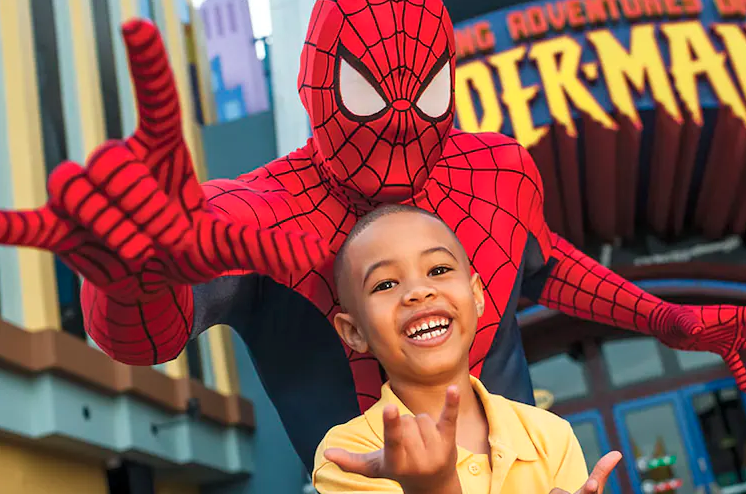 When that happens, it’s almost a head slap moment because there are a whole lot of differences — way more differences than similarities — in fact. However, with the coming of Avengers Campus to Disneyland Resort, the differences will be palpable.

Remember, the only way you are going to see Captain America in or around Florida is at Islands of Adventure at Universal Orlando Resort.

BTW: We covered the recent news about Avengers Campus, below:

Why No Avengers at Hollywood Studios?

In 2009, Disney bought Marvel Entertainment for $4 billion in cash and stock. But it did not obtain all the licensing rights that Marvel had signed away before then… and that’s also why Disney does not have the rights to use the Marvel name and characters at Walt Disney World.

Universal Studios had already secured the rights to Marvel for its Orlando theme parks, and Disney CEO Bob Iger at the time acknowledged that Universal retained those rights as long as they continued to pay royalty checks to Marvel…

Neither company has confirmed it publicly, but speculation has been that Disney and Universal came to a legal understanding that allows Disney to use characters not currently referenced inside Universal Orlando’s Islands of Adventure.

No In Orlando, But Three Other Disney Parks 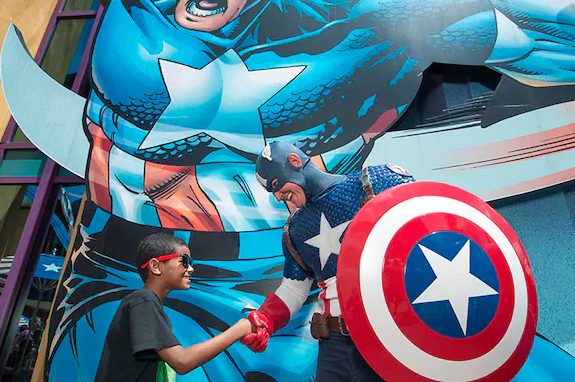 Having been to Islands of Adventure, I don’t believe there will be any comparison between that “land” at Universal Florida and the campus in Anaheim. And Disney fans around the world will also be able to say hello to the Avengers in Paris and Hong Kong.

More on Anaheim’s Avengers Campus is below:

And be sure to read Sharon Kennedy Wynne’s pice on Marvel / Disney here.