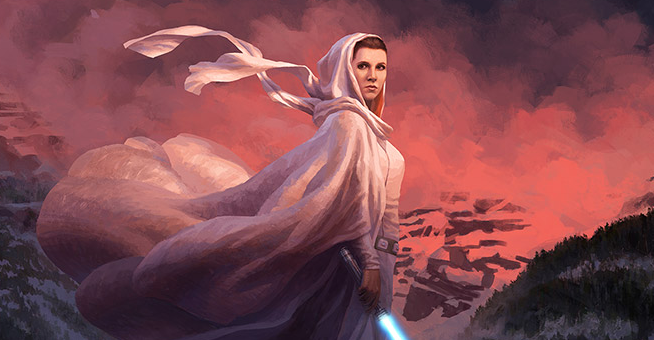 One of the best moments of Star Wars: The Rise of Skywalker filled out the backstory of Leia Organa and her Jedi training with Luke Skywalker. 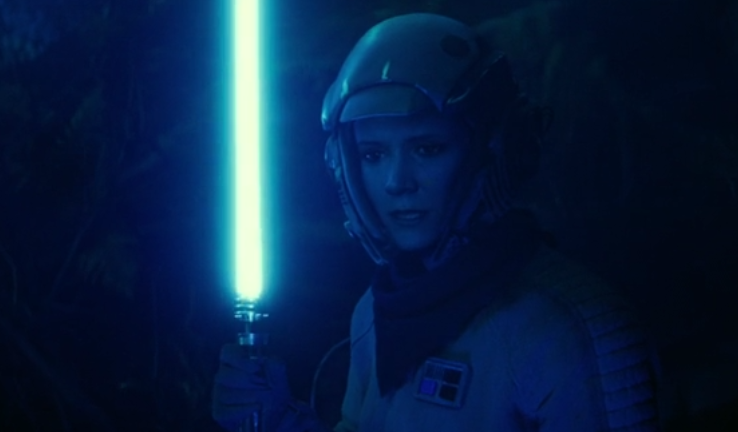 However, In the movie the sequence begins (around 1:31:00) when the Force ghost of Luke confronts Rey about her choices, admits he was wrong in some of his choices. Master Luke tells Rey to confront her fear and face Palpatine. However, he also gives Rey an important gift – Princess Leia’s lightsaber.

“Leia told me that she sensed the death of her son at the end of her Jedi path,” said Luke. “She surrendered her saber to me and said that one day it would be picked up again by someone who would finish her journey.”

In an amazing new print by Acme Archives, “Until Our Last Breath” by Christophe Vacher, we see a Leia with a blue lightsaber in hand, as always pursued by sinister agents, in her (signature white) Jedi robes.

Kristin Baver of StarWars.com spoke to the artist and asked about the image and about the thought process behind its story.

The new print: “Until Our Last Breath.” Image: StarWars.com.

“What I had seen in the last Star Wars, that short sequence where Leia is trained by Luke, started to trigger questions: what happened to her in those times? How long was she trained? Why did she eventually become a general instead of a Jedi, and did she make that choice or was she pushed into it?” said Vacher. 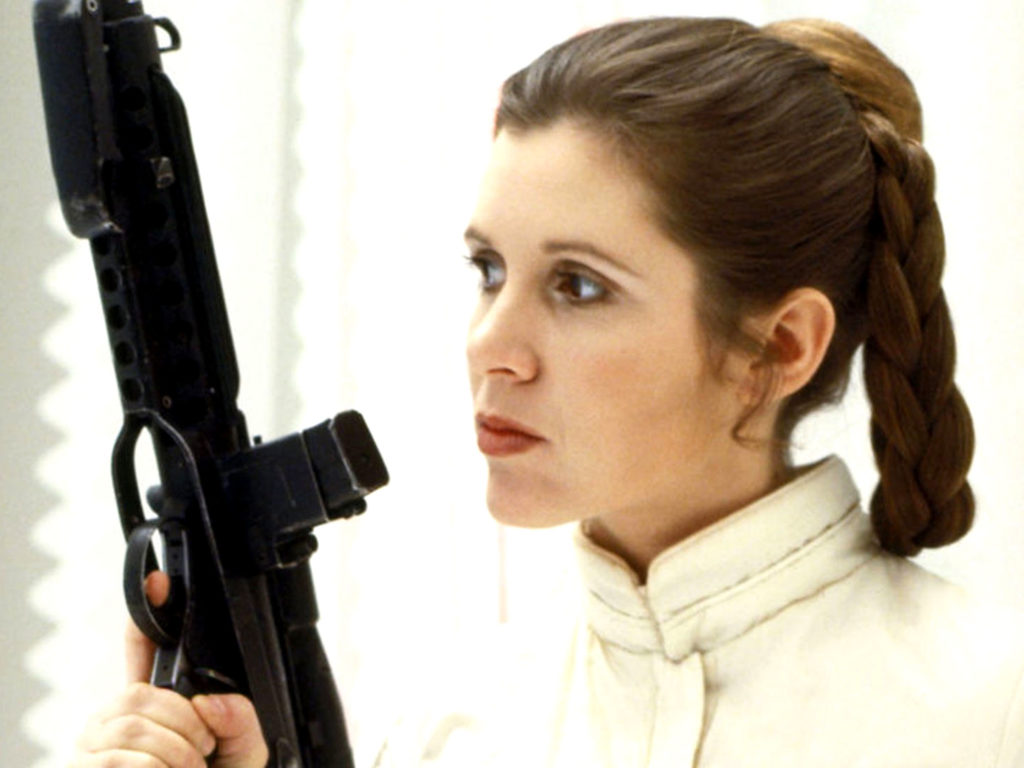 Princess Leia Organa in The Empire Strikes Back. Image: Lucasfilm.

Since the timeline was kind of loose, I just picked an environment where she might have been training, and where the First Order might have tracked her. The Star Destroyer coming out of the clouds in the background was an idea that came later, at the same time as the title, symbolizing the shadow of things to come and the moment she makes that personal choice.”

It’s a gorgeous painting and a fitting image of a moment that shaped the Star Wars galaxy.

Finally, read Kristin’s outstanding interview on StarWars.com. And watch This Week! In Star Wars — and Baver’s breakdown of the latest news from a galaxy far, far away — in the video below.