Hilary Duff and her husband Matthew Koma have welcomed a new addition to their family this week. Baby Mae James Blair was born on Wednesday, March 24th as announced on the actress’s Instagram.

The announcement also revealed the gender of the baby girl, as the couple had decided to keep the gender a surprise until the birth.

We had a gender reveal with Banks and it was such a fun memory,

Duff told People Magazine earlier this year when discussing why they opted to keep the gender a surprise this time around. She went on to say

Unfortunately, during these times we felt it wasn’t really appropriate. The way we are creating some excitement within the family is to wait to find out the sex on the baby’s birthday! 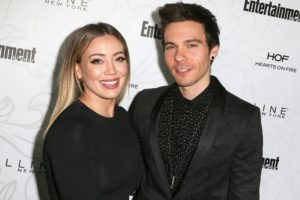 The couple teased the new addition to the family before revealing the name and gender in an Instagram post with their two-year-old Banks.

With the arrival of Mae James Blair, Duff and Koma have expanded their family to five. Mae will be the younger sister of two-year-old Banks and nine-year-old Luca. 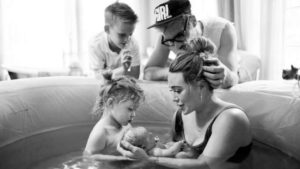 Hilary Duff revealed that prior to the birth, she had no inkling either way towards the gender while pregnant.

Honestly, I’m just saying boy. I really don’t have a strong feeling about it either way, which made me feel guilty for the longest time,

She told the Informed Pregnancy Podcast, 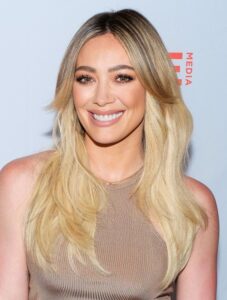 The Mickey Blog family sends congratulations to the whole of the Duff family.