I’ll admit it. I speak the words “Cavan Scott” in a hushed tone.

One of the best-known writers in and around Star Wars, his work in the new canon harkens back to the best of the Expanded Universe and classic Marvel Star Wars run.

There’s a good reason for that (and it’s not just because Scott is a fan of the tall green bunny named Jaxxon).

I talk to @Marvel about Star Wars: The High Republic, working with ⁦@arioanin⁩ and more. Check out our influences, both in a Galaxy, Far Far Away and beyond. #starwarsthehighrepublic https://t.co/HZX8r8efZP

“Star Wars started for me with the comics, specifically the Marvel run of the ’70s and ’80s,” explained Scott to Marvel.com. “But before diving into writing this series, I went back and re-read some classics from the 1990s (now all available on the Marvel Unlimited app, which saved me from pulling out my heavy omnibuses).

“These were primarily Star Wars Republic, Star Wars: Tales of the Jedi, and Star Wars: Knights of the Old Republic.”

But the homages and influence don’t stop in a galaxy far, far away.

Always great seeing species and characters you create popping up on Wookieepedia. Fun seeing what people spot, although in this case the Gloovan in last year's Star Wars Adventures Annual was the species' *second* appearance. First time they were identified though I think. pic.twitter.com/WvqbisB6w9

Children Of The Space Corn

“[In] my heart I’m always a horror fan, as is our artist Ario,” added Cavan. “For this first arc, we took inspiration from Stephen King’s Children of the Corn, among others, while also trying to invoke the claustrophobia of films like Alien and Outland.

“Hopefully, above all, we’re bringing something new to it. One of the ideas was to start the series with all the pomp and circumstance of this shiny new era and then throw our heroes into the complete opposite of the Jedi’s gleaming Starlight Beacon.” 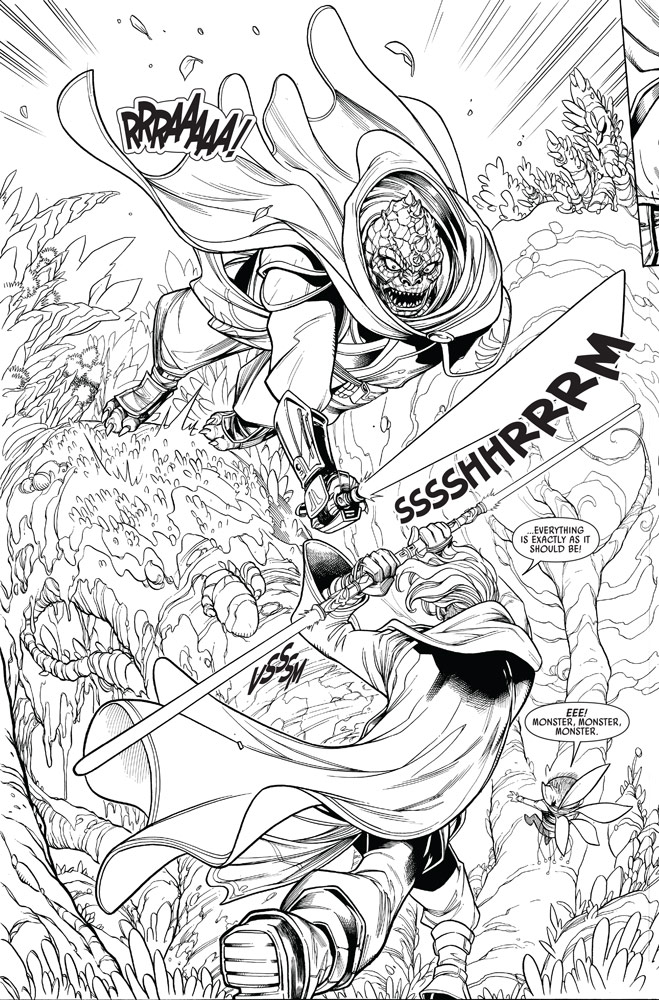 However, it’s the collaboration between the comics and moves, which might outdistance any comparison between today’s work and the books and comics of yesteryear.

“I’ve worked in writer rooms for various projects but never on this scale,” said Scott. “In a lot of ways, it reminds me of the greatest part of writing comics—that sense that you’re part of a team rather than just someone creating on your own.”

That said, I am pretty certain Scott would do just fine on his own – even if a particular green bunny might show up from time to time. 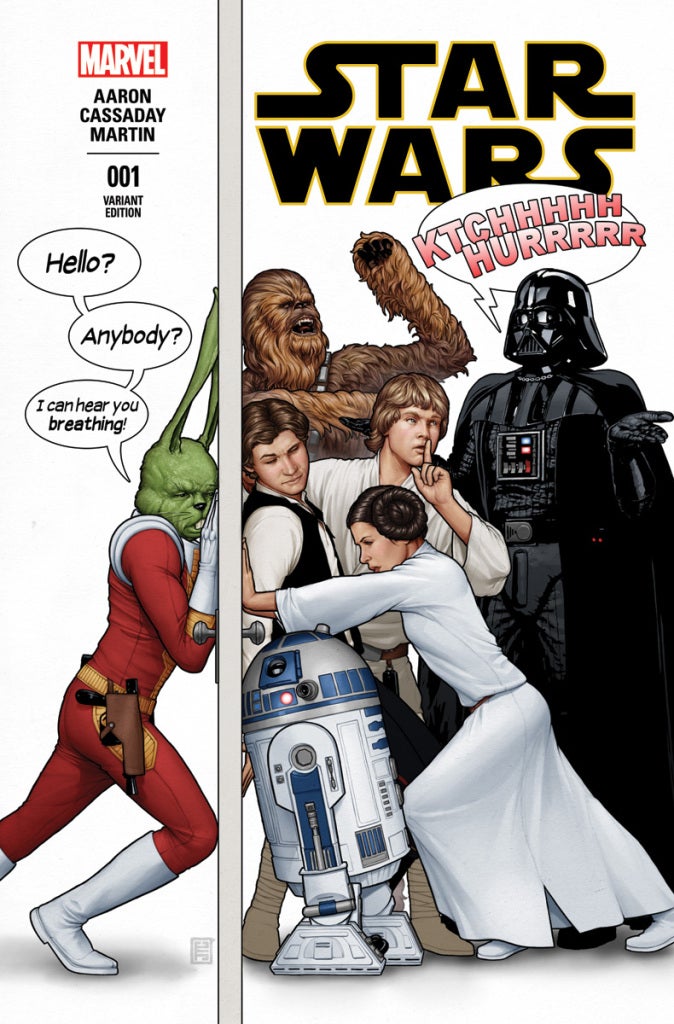 Read the full article at Marvel.com.