If there was ONE thing that got talked about non-stop in my household over the weekend it was all things Raya and the Last Dragon!  The latest film from Disney Animation made its big screen and Disney+ Premiere Access debut on Friday and since then has been on a constant loop in my household!

I absolutely love the film as does my little one! It’s also doing incredible well on Rotten Tomatoes where it current has a 95% Certified Fresh score amongst critics! 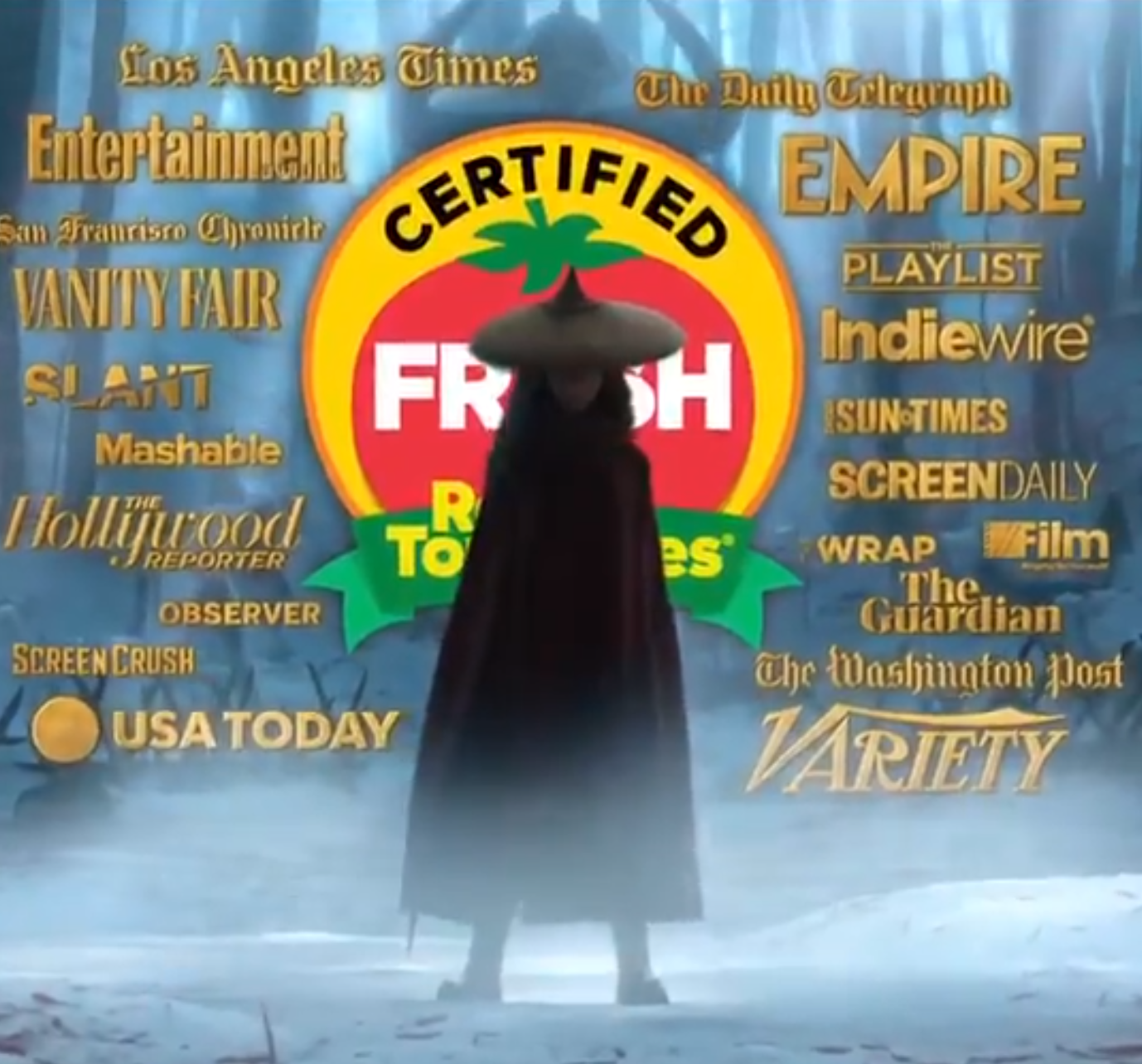 So how is Disney’s latest film doing with the Twitter crowd?

#RayaAndTheLastDragon is absolute perfection. True magic in every single frame. Congrats to all of my friends at @DisneyAnimation for yet another home-run. This will go down as one for the ages, especially because it was done REMOTELY!! Insane. Congrats to all involved!

As you can see from the tweet above, beloved Disney actor Josh Gad took to twitter calling the film ‘absolute perfection’ and ‘another home run.’

As ComicBook.com points out, many Twitter fans described the film as giving them the feels. Here’s an example:

My heart is so full pic.twitter.com/5nu7Sb4DxP

While others found the film empowering:

Saw Raya and the Last Dragon with a friend today and REALLY loved it!!

Animator David DePasquale was feeling inspired enough by the film to create this beautiful image of Sisu (voiced by Awkwafina.)

Had the pleasure of attending the #RayaAndTheLastDragon virtual wrap party on Saturday, and I just HAD to draw Sisu! Huge kudos and congrats to the entire crew on accomplishing such a monolith of a film from home during such a strange and stressful time. You killed it! 🐉 pic.twitter.com/L3OzYnSVjS

And others were commenting on how much some of the characters resembled the voice actors that brought them to life!

While others couldn’t wait to get the cosplay going:

This Twitter-user is after my own heart having honed in on the awesome food featured in the film:

can we please talk about the food in #RayaAndTheLastDragon pic.twitter.com/PgYqEE5T7c

While others were feeling the love for Raya star Kelly Marie Tran!

About to watch #RayaAndTheLastDragon for my queen Kelly Marie Tran ❤️
She looked so gorgeous at the premiere pic.twitter.com/5XCZZSF07x

While others called it their favorite Disney film EVER!

You can find out more about the awesome film and even make your opinions known with a Twitter Town Hall featuring the people behind the film taking place at 1pm TODAY!

Tune in tomorrow at 10AM PT/1PM ET for an exclusive discussion hosted by @Kulap, with Kelly Marie Tran and the filmmaking team behind #DisneyRaya. pic.twitter.com/rJtLWRIpd8

Readers are also encouraged to keep following along with MickeyBlog for further Raya and the Last Dragon news and upates!

Thinking about a visit to Disney World? Packages can currently be booked through 2021. Getting started is easy! Simply fill out our form below to get your FREE, no-obligation quote from MickeyTravels!