Now that it has been confirmed that it was indeed Agatha all along, Funko has decided to release a Funko Pop! Vinyl of West View’s most suspicious resident. 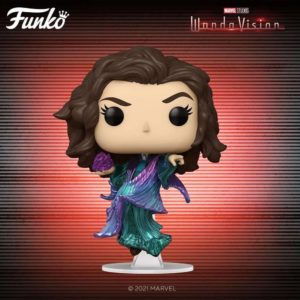 Agatha can be seen in her witch outfit that she donned at the end of WandaVision‘s penultimate episode and just as she was arriving in the town of West View, before conjuring up a 50’s outfit to visit Wanda for the first time. 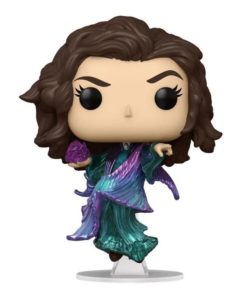 Agatha is pointing (at what can be assumed as Wanda) and floating while invoking her characteristic purple magic in her left hand.

Her dress is painted with iridescent colors to bring mystery and beauty to her outfit and making it much more color than it’s screen counterpart. 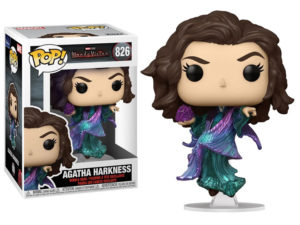 Agatha is joining a multitude of WandaVision Funko Pop! Vinyls that have been released throughout the run of the series, including Quicksilver, Monica Rambeau, and even White Vision. 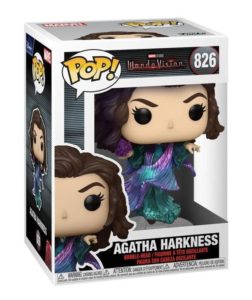 With one episode left the series and with at least one new Funko Pop! Vinyl being released each week since the debut of WandaVision, it’s reasonable to assume that another release may be coming next week. The question is, what will they be?

Last week’s episode finally revealed Wanda to be the Scarlet Witch and even showed us a peek at Wanda in her Scarlet Witch costume when she encountered the mind stone. 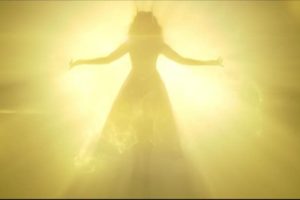 So maybe Funko will take inspiration from this, or maybe we’ll see a Maximoff family group Pop! Vinyl. Only time will tell.

Will you be adding the Agatha Harkness Funko Pop! Vinyl to your collection? Let us know in the comments below.