As always, the run of the ears is limited, so this gives those who don’t live close to a Disney Park the chance to get a hold of this item. 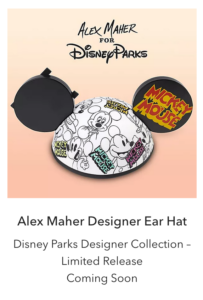 Maher’s design features different styles of Mickey throughout the years on a plain white background. The words ‘Mickey Mouse’ can be seen embroidered across the hat in different colors to bring a pop to the design.

On one ear, the words ‘Mickey Mouse’ can be seen, and on the other (although the picture for shopDisney does not show this) is a sketch from one of the first Mickey Mouse shorts, Plane Crazy. 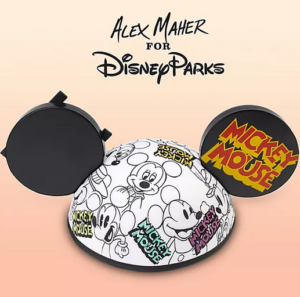 Disney has asked a range of designers to design their own pair of Mickey or Minnie Mouse ears, including Ashley Eckstein, owner, and designer at Her Universe and voice actress of Ahsoka Tano in Star Wars series The Clone Wars and Rebels. 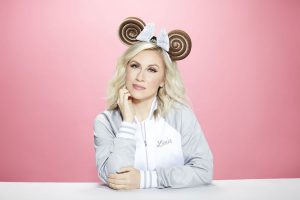 Eckstein has designed two ears thus far in the Designer Ear collection with a Leia theme and a droid theme.

Another famous designer that Disney brought on to create their own pair of ears is Heidi Klum. 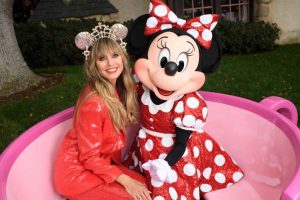 Klum’s addition to the collection certainly gained attention with a price tag totaling $600 and the ears being covered in over 150 Swarovski crystals.

Alex Maher, the designer of the ears that are about to released on shopDisney is a Design Artist for Disney. His role is to draw characters for merchandise, pretty much, so he is not new to the game. 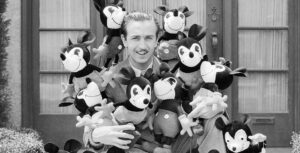 Maher is also a huge Walt Disney fan, so his choice in utilizing different Mickey Mouse designs throughout history is very in character for him.

Will you be purchasing a pair of these ears? Let us know in the comments.