In today’s world, there is a continued effort in modern media to reflect the immense diversity of the contemporary audience. Racial diversity, the inclusion of varying sexual preferences and gender identities, and positive portrayals of often marginalized groups become the great effort and battle of the entertainment industry of our time.

This is a battle that is not foreign to perhaps the greatest force in the entire entertainment industry; Walt Disney Studios. The people at Disney’s television department discussed some of these many inclusive and diverse issues facing their industry during TCA. 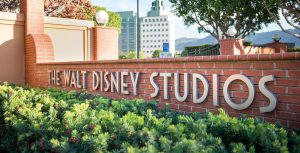 Walt Disney Television hosted a session that was titled “Inclusion is not a Spectator Sport.” The effort for LGBTQ+ inclusion, focus on carefully crafted characters of color, and voices given to disabled communities that have too often been underserved, have all been tasks of inclusion that we have bestowed upon Hollywood.

The events of our world have left us as divided as ever. It is then the manufacturers of popular culture that we then look to to point our society forward. It is the entertainment industry we observe in hopes that it displays what true equality looks like, what inclusion looks like, and what appropriate and varied diversity looks like.

Present at the session was a host of names that are incredibly important to the success of Walt Disney Television, and those whose voice will be heard.

McNeal started the conversation by noting those who have the most power, influence the most change. He spoke on what those individuals are doing, and where their commitment lies in regard to creating a more inclusive and diverse Hollywood in the coming years. 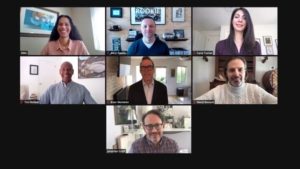 McNeal also made an effort to address what was clearly obvious about the event; the panel was almost entirely white and overwhelmingly male. He noted that these were the faces of what could be a shift; these were the people who needed to be accountable and responsible for the overwhelming disparity in diversity present in that collection of top-tier industry professionals.

The panel went through and discussed so many under-discussed issues in relation to diversity and inclusion. From the impact the death of George Floyd had on the efforts made by Hollywood, to the vastly underserved disabled community when it comes to representation in modern media. 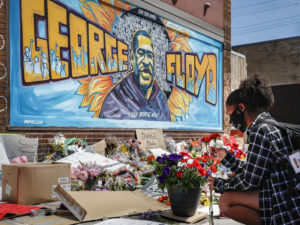 These are very real issues with our entertainment issues. What is pleasant to see, is the action plans and people at work to change things. Recognizing the disparity and inequality is damning, but the redemption lies in the commitment to change.

It doesn’t lie in the promise; it lies in the execution to make the promise reality.

The discussion served as Disney Television and ABC assuring steps are being taken to make a very serious concern a question of the past; to legitimize what so many have fought so hard for. Now, it’s on them to make the changes real.