Love is in the air and Pineapple Lanai inside Disney’s Polynesian Village Resort has decided to celebrate by releasing a new limited-time Valentine’s Day Dole Whip. 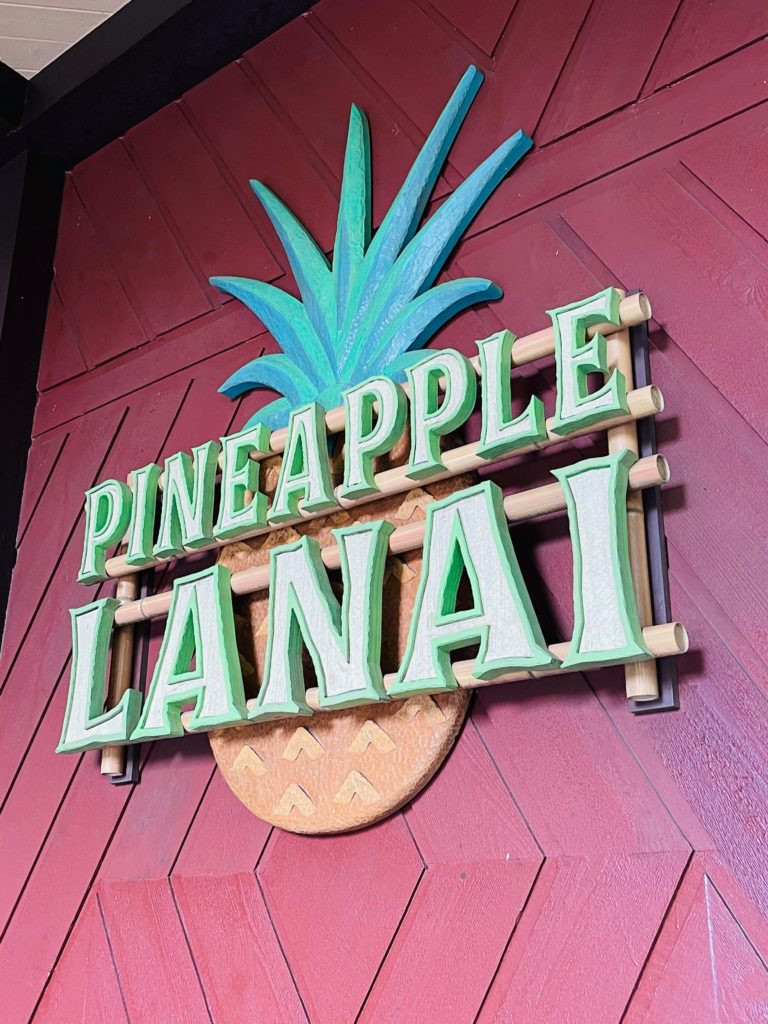 Pineapple Lanai is the go-to stop for Dole Whips at Disney’s Polynesian Village Resort and can be found just outside of the Great Ceremonial House. 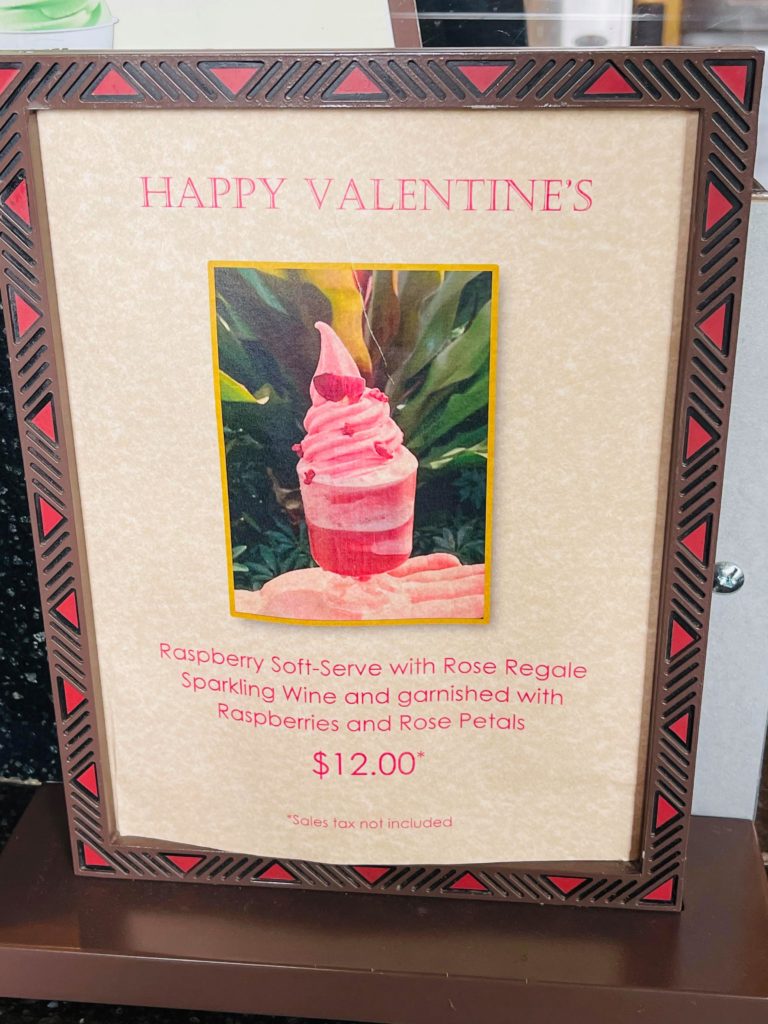 The Valentine’s Day edition is a raspberry soft-serve that tops the sparkling wine, Rosa Regale. The treat is then finished with raspberries and rose petals to add an elegant touch. 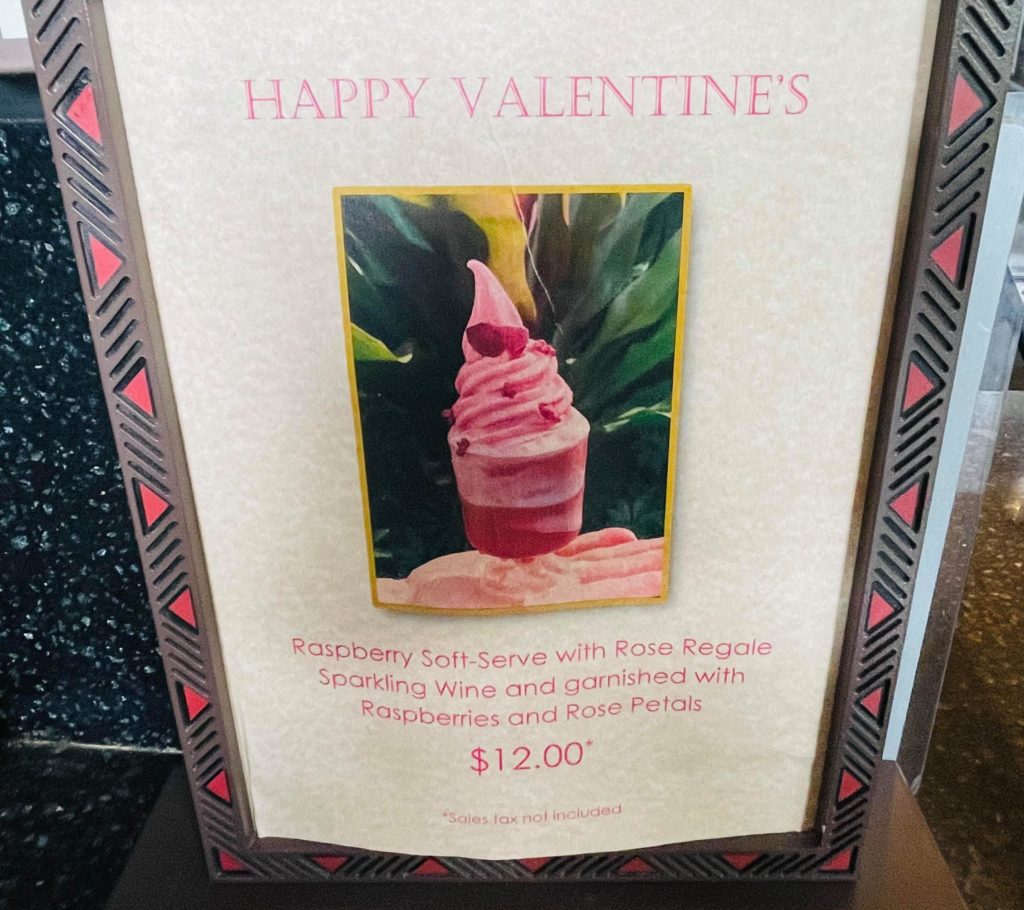 The snack is priced at $12.00 excluding tax, making it a more expensive option to satisfy your Dole Whip cravings. 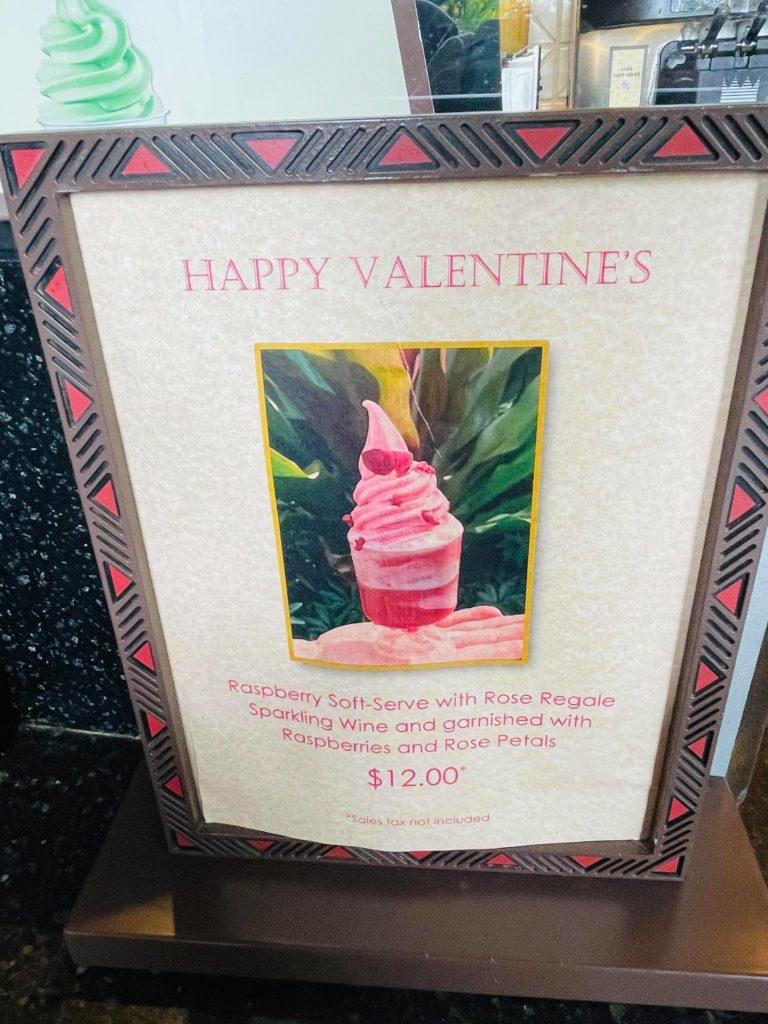 The price is to be expected given the use of Rosa Regale and the luxury of the Valentine’s Day edition. 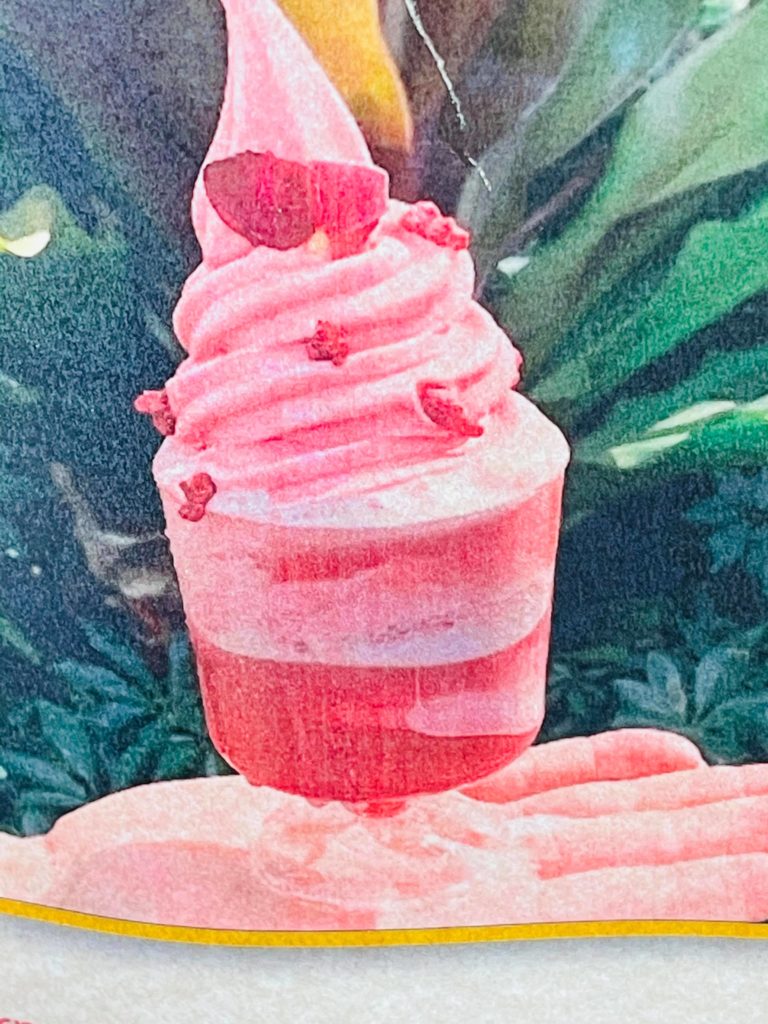 This limited-time edition certainly is in competition for the most beautiful version of the iconic Disney treat. 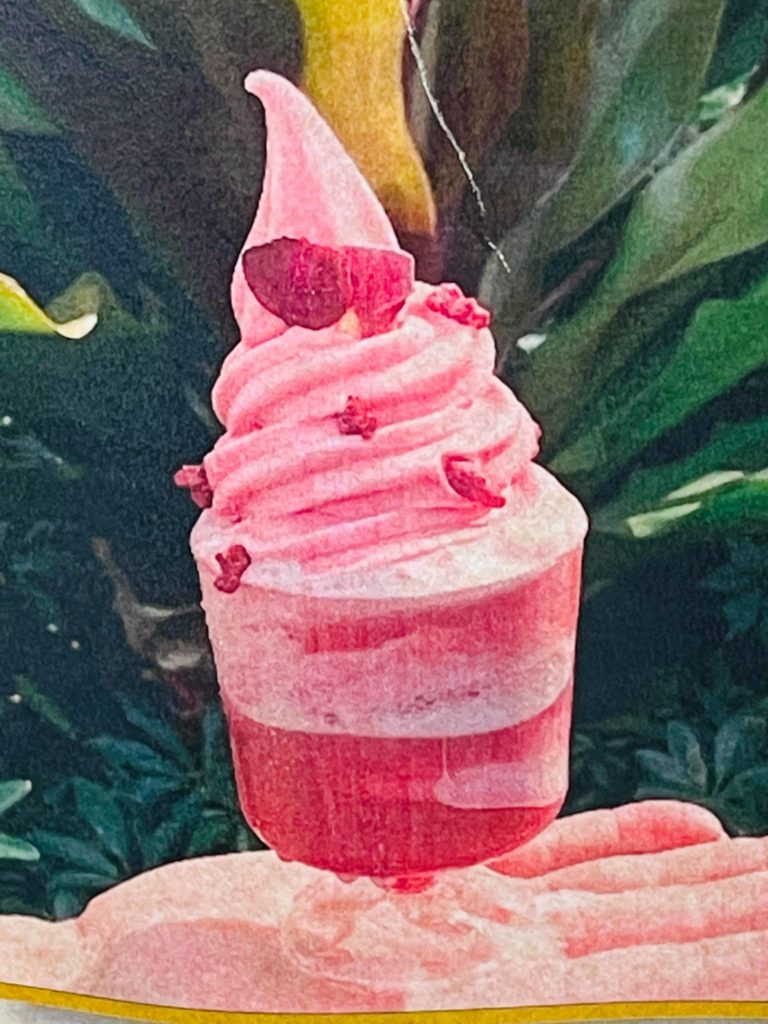 Disney has released many versions of the Dole Whip, ranging from non-alcoholic to alcoholic, to special character-themes and holiday editions. 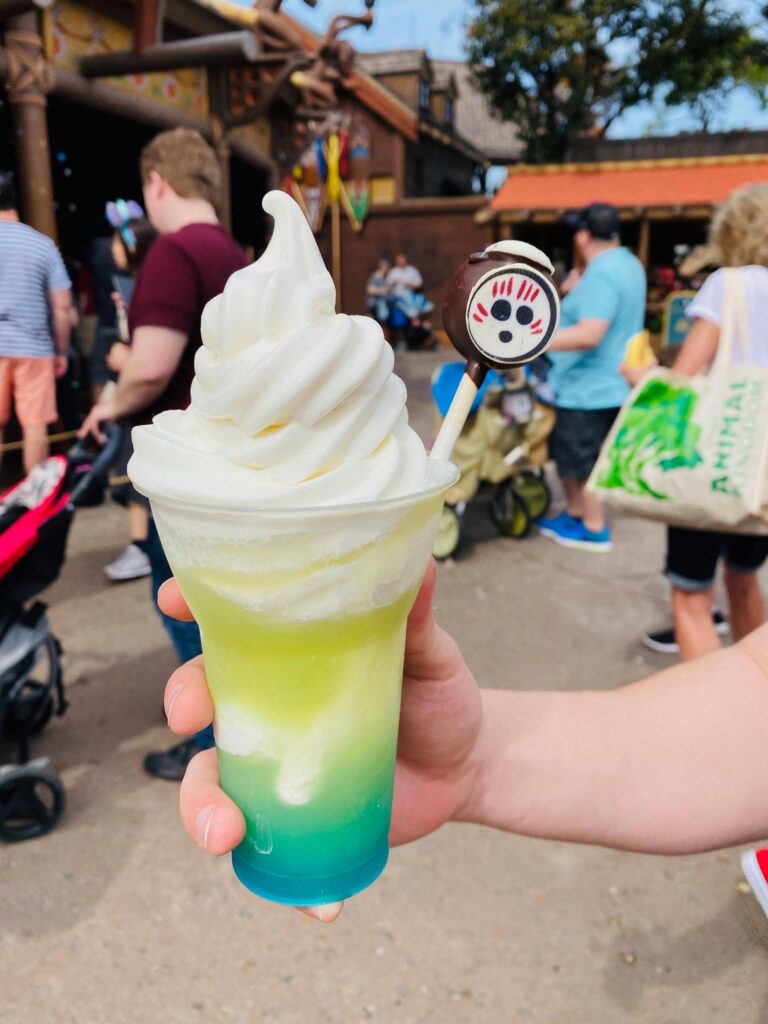 Above the Kakamora Float can be seen, themed after the Kamaoras in 2016’s Moana.

This edition of the Dole Whip has coconut soft serve on top of pineapple juice with blue curaçao syrup. This treat can still be found at Aloha Isle inside of Magic Kingdom. 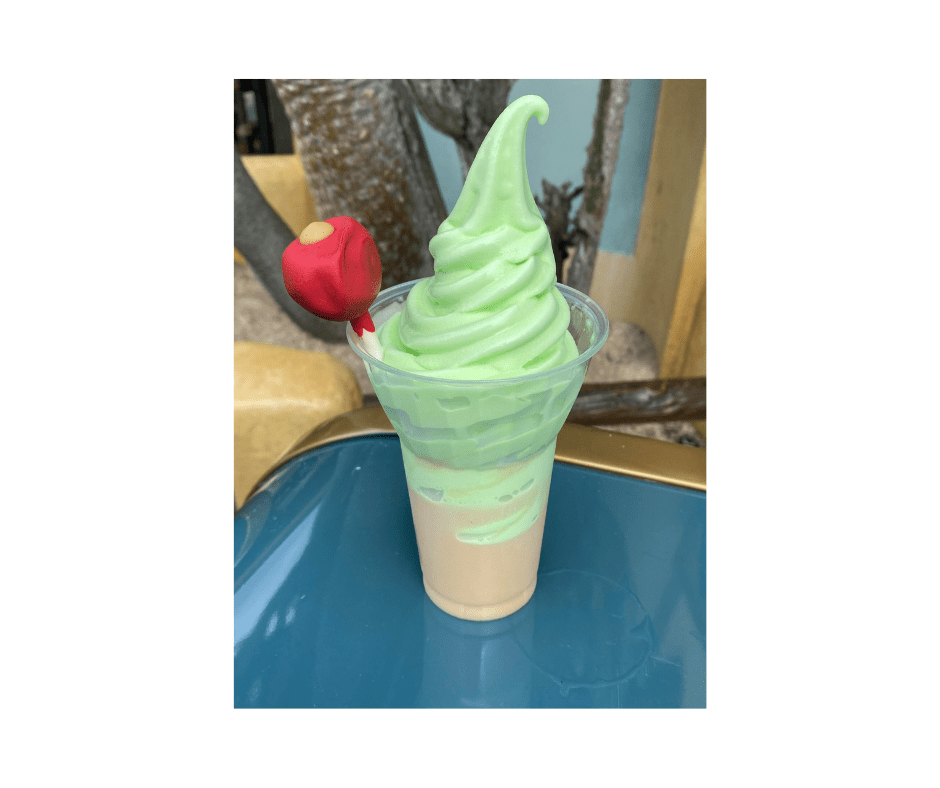 Released just this past holiday season at Walt Disney World was the Pistachio Chai Tea Float, which added a festive feel to the beloved treat.

Are you a fan of Dole Whip? Will you be trying this Valentine’s Day version of this classic Disney snack peak your interest? Let us know in the comments below.