Disney has released a new trailer (which we’ll share below) for ‘Love, Victor’ a new series coming to Disney+ in the UK, Canada, Australia, New Zealand and Europe.  It will premiere on February 23, 2021. 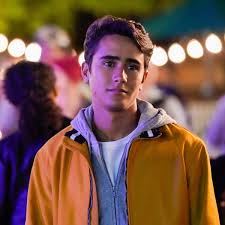 Love, Victor takes us back to the world of “Love, Simon” which is inspired by Becky Albertailli’s acclaimed novel, “Simon Vs. the Homo Sapiens Agenda.” The series will follow Victor a new student at Creekwood High School on a journey of self-discovery while facing challenges at home, adjusting to a new city and struggling with his sexuality.

The film’s original writers Isaac Aptaker (“This Is Us“) and Elizabeth Berger (“This Is Us“) serve as executive producers alongside Brian Tanen (“Grand Hotel”), Jason Ensler (“The Passage”), Isaac Klausner (“The Hate U Give”), Marty Bowen (“First Man”), Adam Fishbach (“Narcos”), Wyck Godfrey (“I, Robot”), Pouya Shahbazian (“Divergent”) and Adam Londy.

This series was originally going to be a Disney+ Original, but last year was deemed too mature and moved to Hulu in the United States.

“Love, Victor” will have two episodes available at launch on 23rd February, and then will follow the usual Disney+ release schedule with new episodes dropping Fridays at 8am GMT.