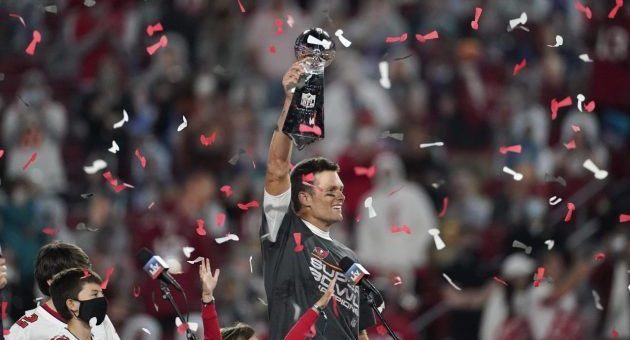 It was a great night for football! Especially if you are a Tampa Bay Bucs, Tom Brady, and Rob Gronkowski fan! And, after Brady and Gronk completed their quest of yet another Super Bowl Championship, they let the world know where they were going to celebrate – Walt Disney World!

Usually, the commercial features the MVP of the Super Bowl saying the iconic, “‘I’m going to Disney World” line. But, after a dominant performance in Super Bowl LV by both Brady and Gronk, it’s only fitting that the both were invited. These two played together for several years and won several NFL Super Bowls with the New England Patriots and then met up again for 2020-2021 NFL Season to bring home a title to the Tampa Bay Bucs. 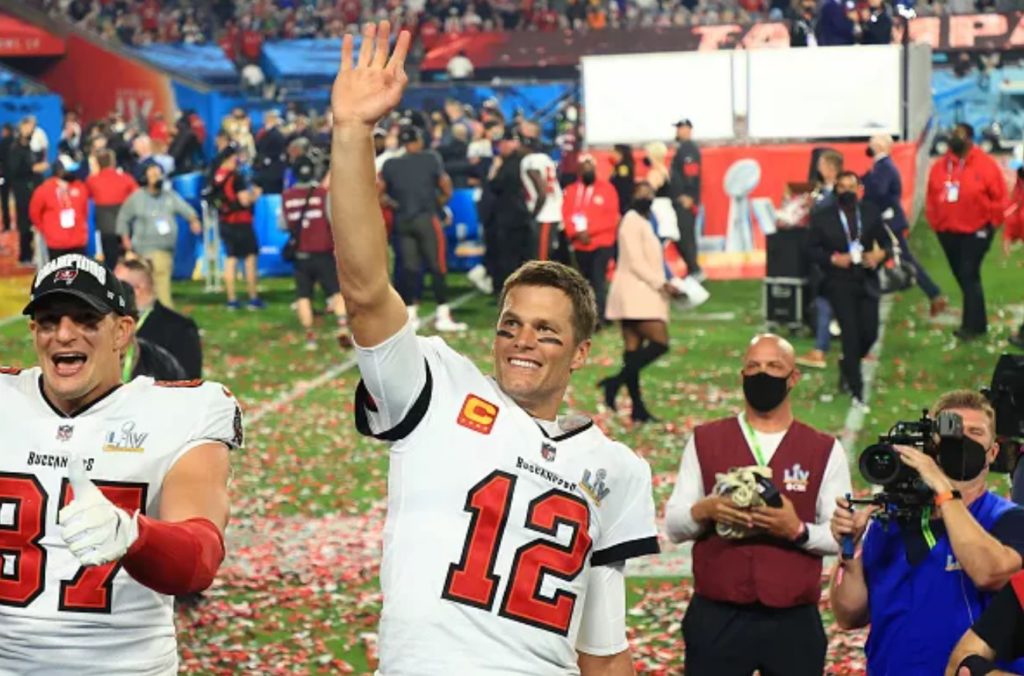 At the end of last week, Walt Disney World made it official that they would not be hosting the annual parade at the Magic Kingdom celebrating the Super Bowl Champions due to social distancing concerns with the ongoing COVID-19 pandemic. However, it is still nice to the see that the MVPs of the game are still invited to have a magical day “The Most Magical Place on Earth!”

If you are looking to catch a glimpse of the Super Bowl Champions at Walt Disney World, it is being reported that Gronk will be there today, February 8, 2021 while Tom Brady will be making his visit to Walt Disney World later this year.

Last night, the colors of Cinderella at the Magic Kingdom were changed the colors of the Tampa Bay Bucs to celebrate the Super Bowl LV winning team along with MVPs, Tom Brady and Gronk.

As an added touch, shades of blue were also projected on Cinderella Castle to honor healthcare heroes as a beacon of hope and celebration throughout the night.

I don’t know about you, but this might be one of the best “I’m/We’re going to Walt Disney World” commercials ever made!

A huge congratulations goes out to the Tampa Bay Bucs, Tom Brady, and Rob Gronkowski! Enjoy your visit to Walt Disney World! You earned it!

Let’s start planning your Walt Disney World vacation! There are some great deals available for much of 2021! Fill out the form below or send an email to Holly@MickeyTravels.com for a FREE, no-obligation quote to book your Disney vacation. EVERY vacation package* booked exclusively with me by a teacher or someone on the front lines battling the virus, will receive a Disney Gift Card when you book your Disney vacation package* with me. As an agent with MickeyTravels (a Platinum Earmarked Agency), I will be on hand to help you with everything from finding your perfect package and I offer rate monitoring to ensure you are receiving the best rate available by Disney. I work with all Disney Destinations and destinations outside of Disney. Best of all, my services are absolutely FREE. Get in touch via email at Holly@MickeyTravels.com or calling 954.401.9577. Also, make sure to CLICK HERE to follow along with my Facebook page for all things Disney and giveaways!