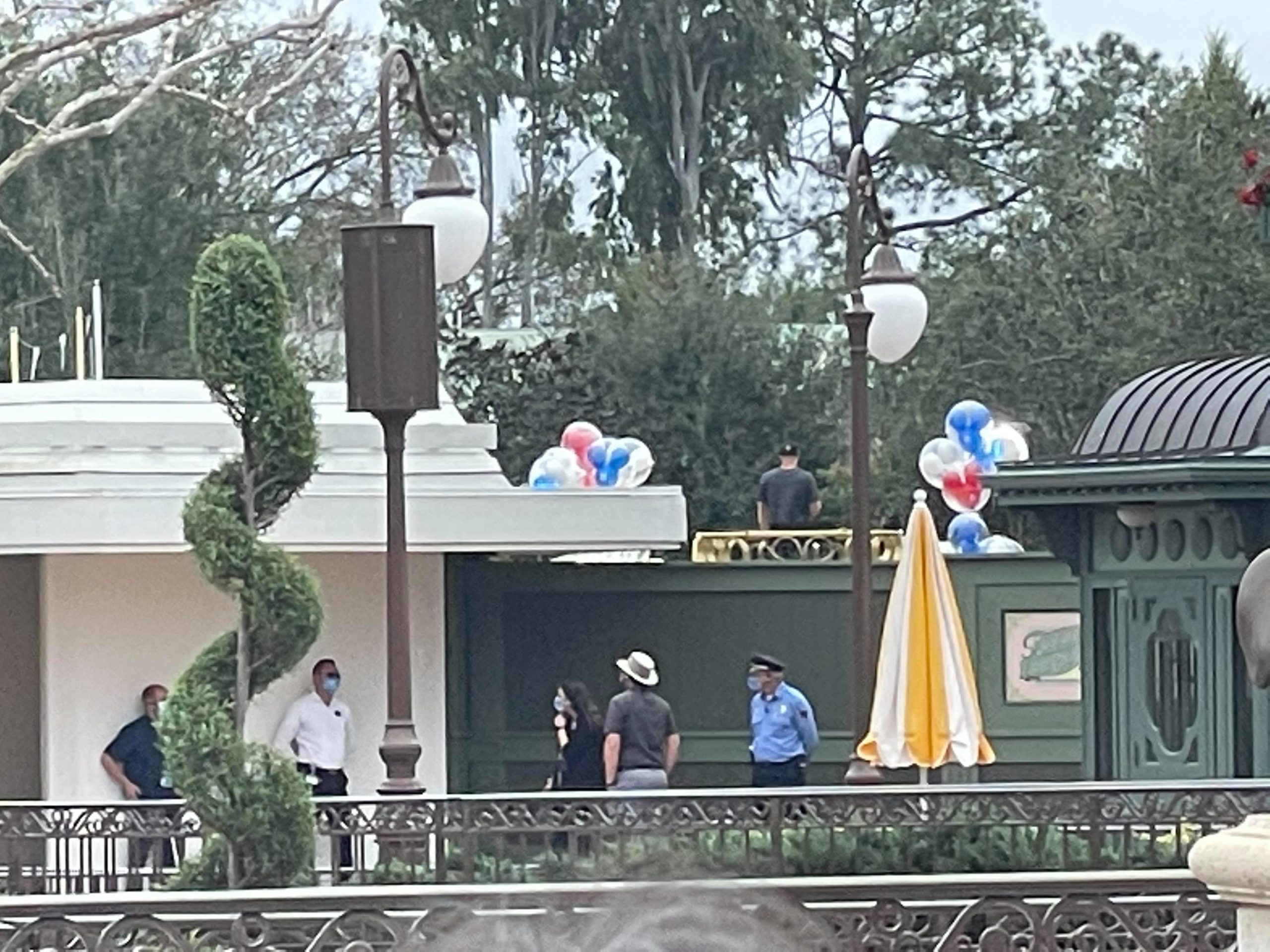 You can see in the above picture Gronkowski standing on top of a Cavalcade float with with balloons surrounding him.

Still filming but here’s Gronk in Walt Disney World as visible from The Hub pic.twitter.com/NTPATa7JOC

Twitter user @MickeyViews  got a fantastic shot earlier today too!

We have joined the hopeful crowds trying to get a peak!

Everyone is excited to see Gronkowski in the not so distant distance. 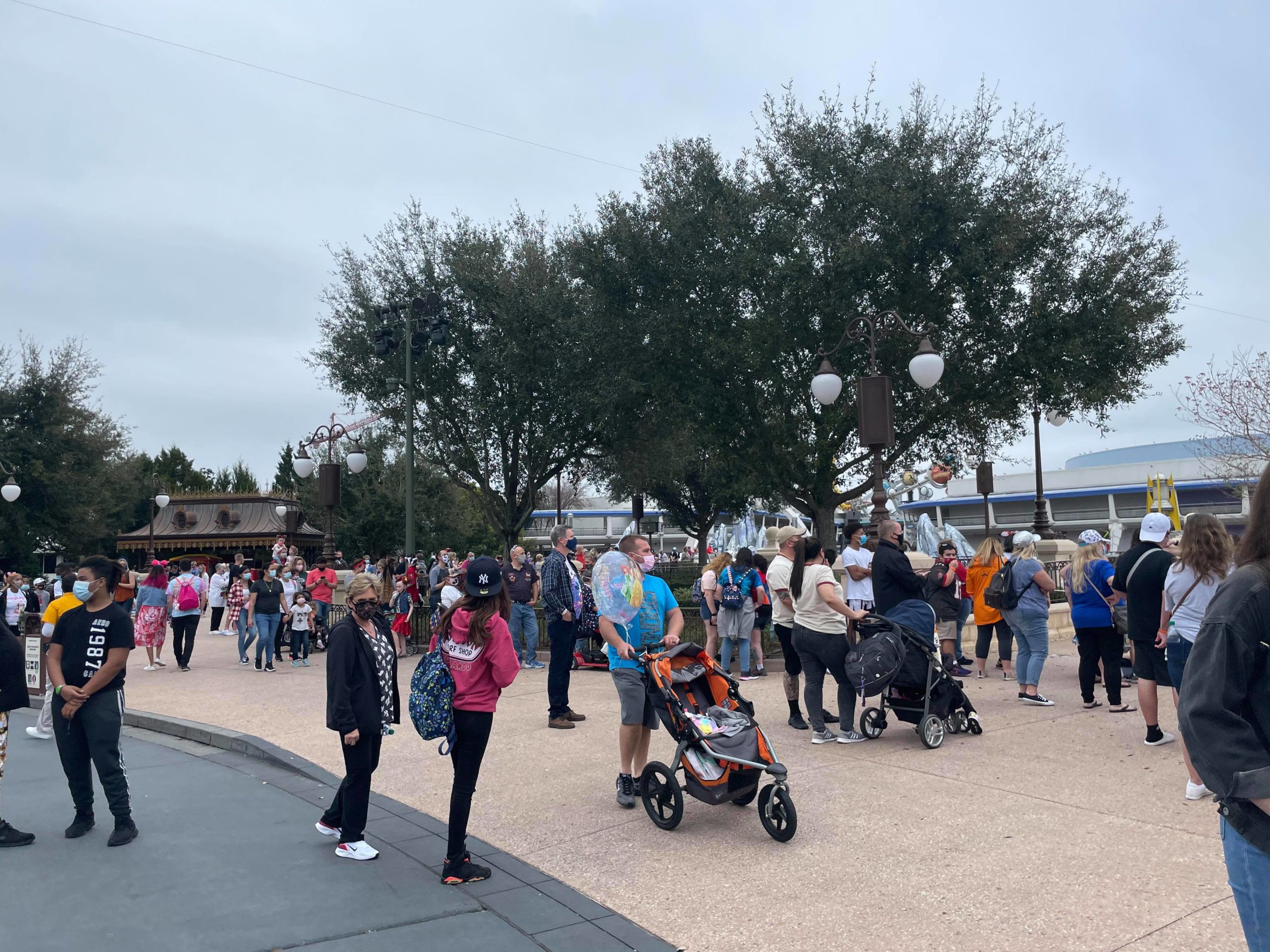 Magic Kingdom crowds have decided to gather in the Hub of the park with hopes of catching a glimpse of the Super Bowl winning Tight End. 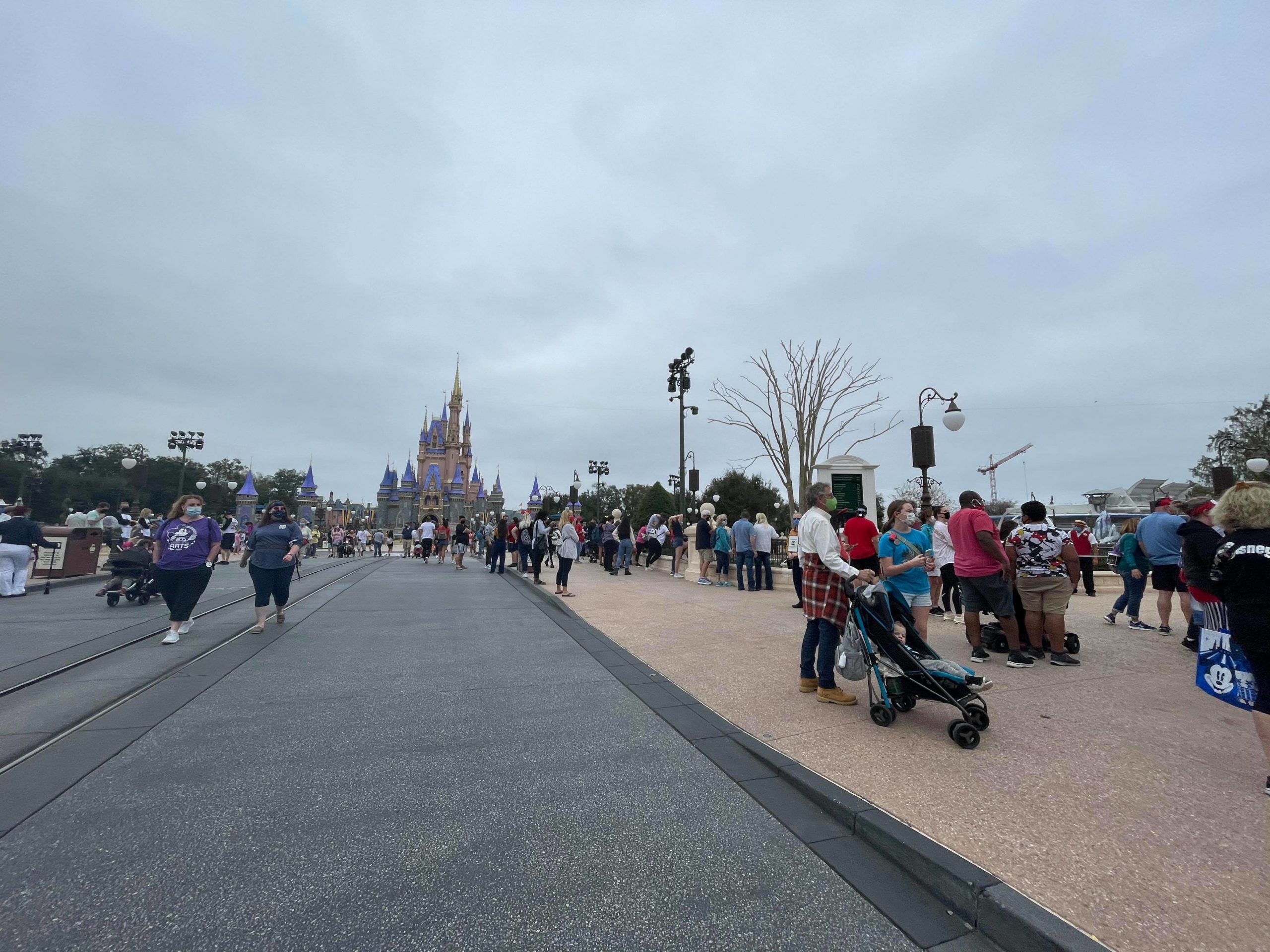 The reason guests are still waiting is because the player float is staged behind the Plaza Restaurant and visible from inside the park, so even if it doesn’t go to guest areas fans still think they’ll catch a glimpse. pic.twitter.com/w2PwvhsBQM

Twitter user @MickeyViews was also able to record the overhead park announcement asking guests not to gather together and stating that there will not be a Super Bowl Parade happening today.

DisneyParksBlog shared this phot of Rob Gronkowski “backstage” in Magic Kingdom with Cinderella Castle in the background!