The contrast is stark. Although my oldest son was first exposed to Star Wars at the movie theater, his current involvement in a galaxy far, far away comes via video games. 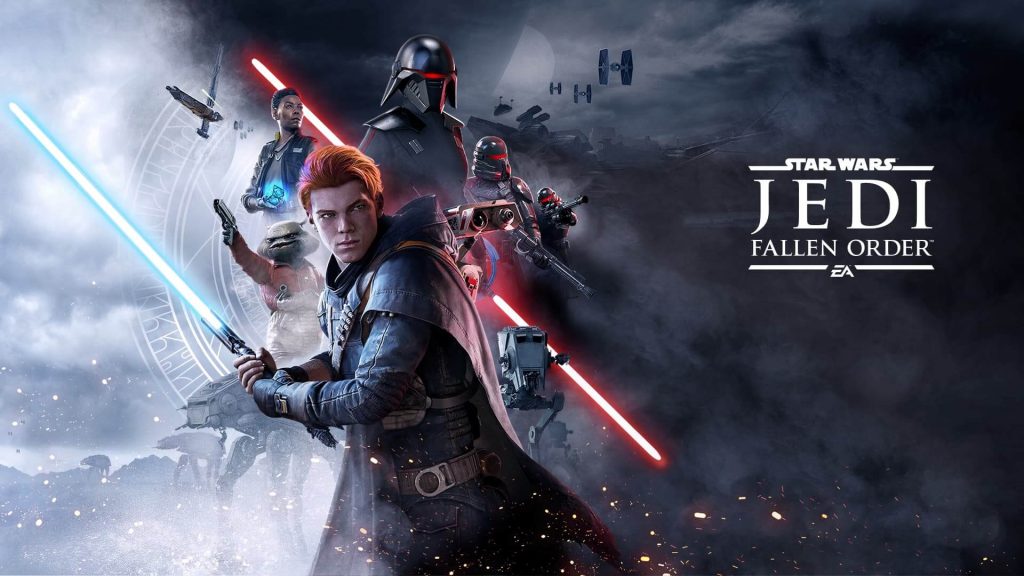 And, as the Star Wars universe expands ever-further beyond the Skywalker saga, characters like Cal Kestis become more and more important to fans and collectors.

So, when we hear that Hasbro will soon release a new figure based on Star Wars Jedi: Fallen Order, we should not be surprised. 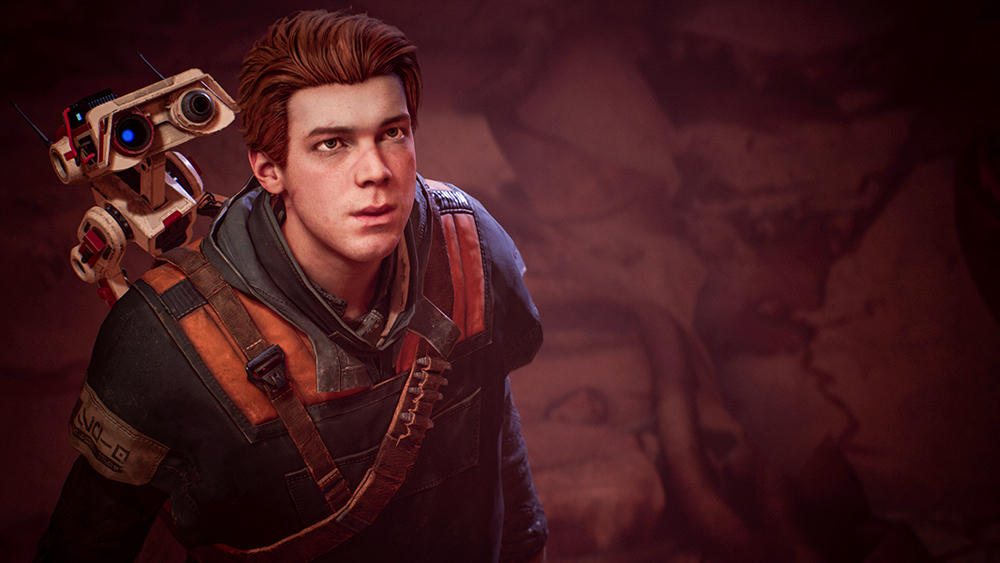 Star Wars Jedi: Fallen Order‘s protagonist Cal Kestis, played by Cameron Monaghan, quickly became a fan-favorite Jedi throughout the events of the game. Fans fell in love as Cal discovered his powers to rise against the destruction of the First Order, and now he is being immortalized as one of Hasbro’s Gaming Greats. Hasbro has revealed a new action figure as part of its Gaming Greats Collection.

The Cal Kestis action figure stands at 6″ tall, with many points of articulation. Whether players battled through Star Wars Jedi: Fallen Order with a single lightsaber or two, the Hasbro Cal Kestis figure has those options covered. Cal Kestis comes with two lightsabers modeled after a couple of the customizable designs from the game. Kestis can wield a single blue lightsaber like he starts off or wield a double-sided green lightsaber.

The Cal Kestis action figure also comes with two friends, both his trusty companion BD-1 and a bogling. The action figure also features a detachable hood for Cal, which matches his signature poncho, though it cannot be recolored like in the game. Along with Cal’s lightsabers, friendly companions, and detachable hood, Kestis also comes with a Jedi Holocron.

Photos from Game Stop are below: 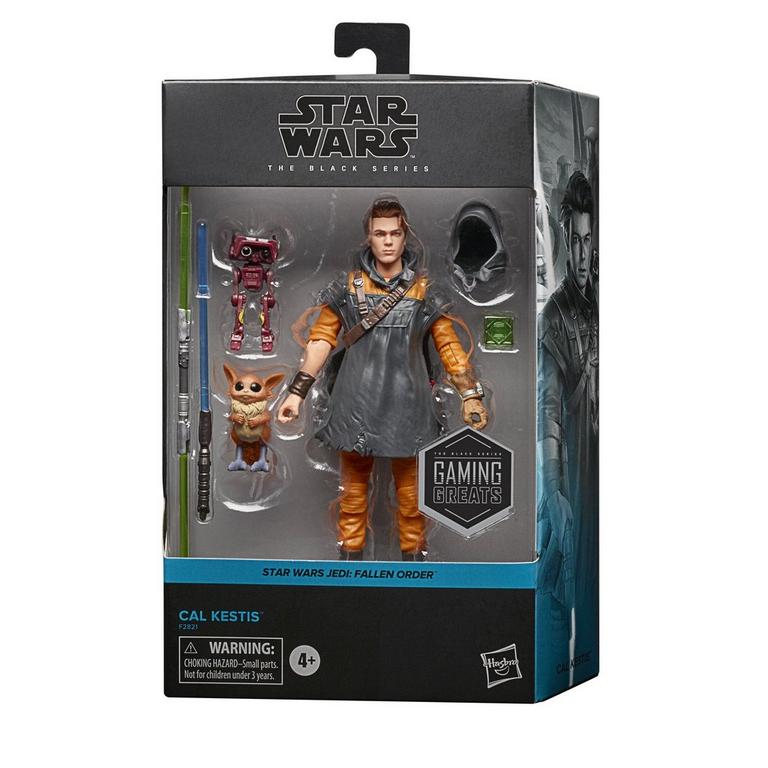 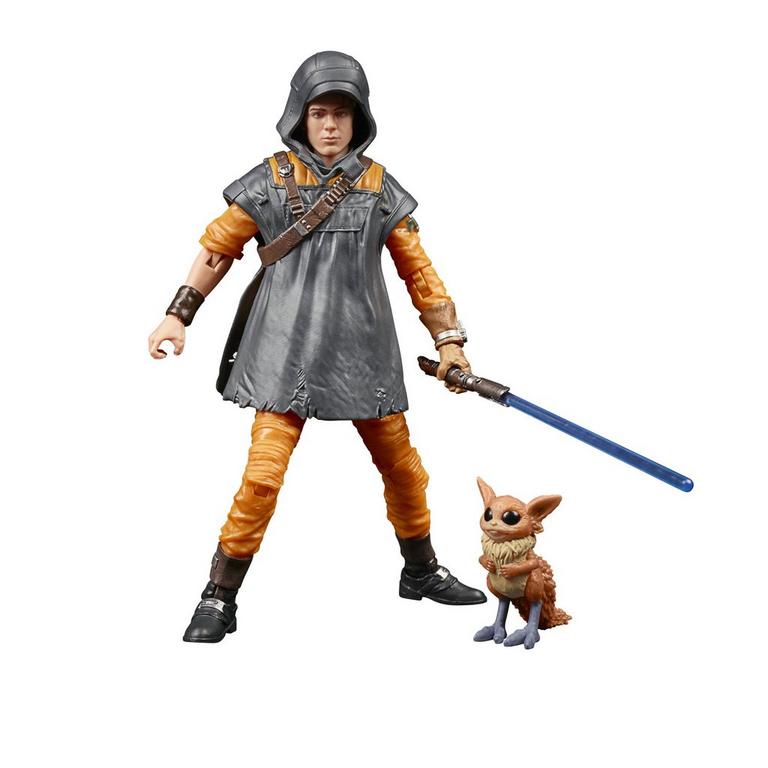 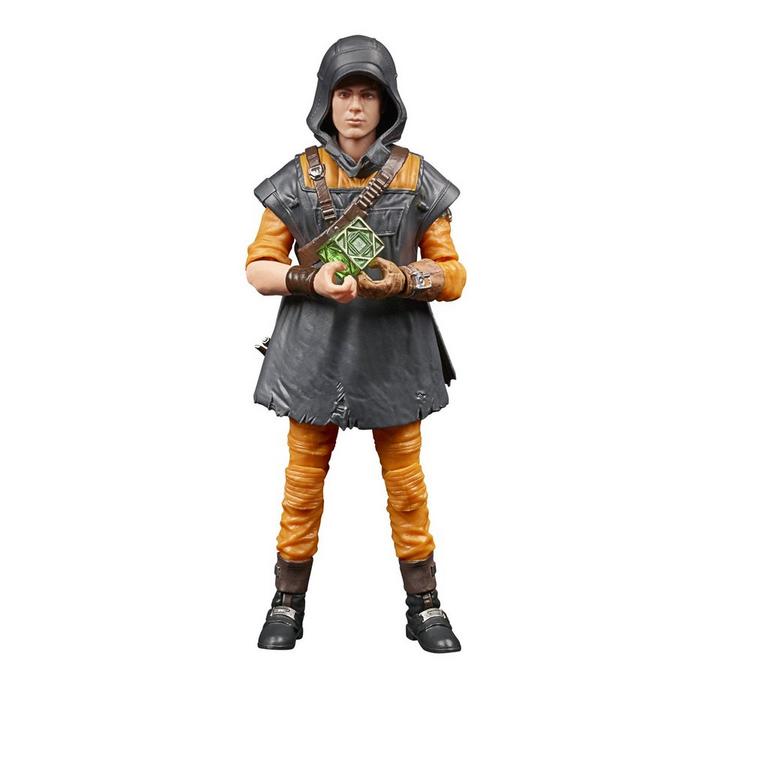 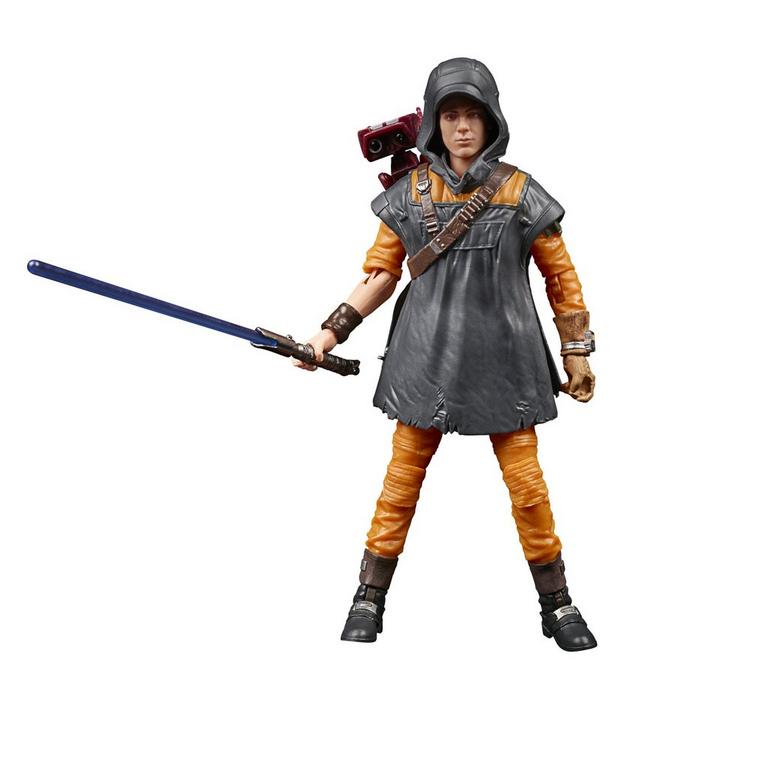 The figure is available for preorder now and pick up on June 1, 2021.