Two Brothers Build the Matterhorn in Their Backyard

The COVID-19 pandemic has kept all of us from normal life for over a year; many of us have gone without the wonders of our usual lives and forced us to adjust to a socially distanced existence. But how many of us can say we’ve built our very own version of the Matterhorn in our backyards?

Hit as hard as any other entity during the pandemic was California’s, Disneyland. Shut due to the pandemic’s soaring numbers, and state-sanctioned shutdowns, Disney’s west coast American park has left many Californians without their home away from home. 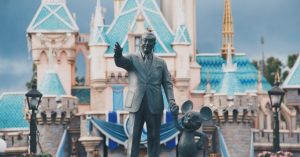 Two brothers from Napa, California, have approached this predicament differently than most; following the age-old proverb, “if I can’t go to Disneyland, I’ll build Disneyland in my backyard.” What has resulted from such an endeavor is the construction of a single passenger, scaled-down version, of the Matterhorn, in their backyard. 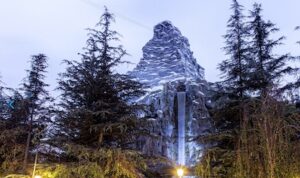 When relaying the story of the mini-attractions creation, Michael LaRochelle recalls a very simple inspiration;

“My brother walked outside with me to the backyard and he said, ‘Michael, we are going to build The Matterhorn.”

The rest, as they say, is history! 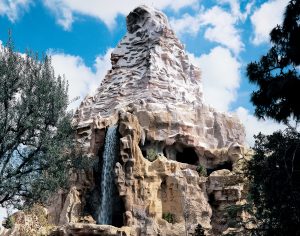 The small coaster is modeled after the Matterhorn attraction at Disneyland and was to debut to the online community after its completion in November.

Sean and Michael LaRochelle constructed their coaster with 400 feet of steel track; being dressed in nearly 32,000 of stucco to form the mountainous terrain that surrounds it. Included in the single passenger coaster is a dip under a wooden bridge, a waterfall, and a fountain. 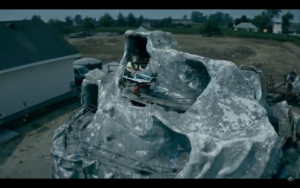 The experience is capped off by the inclusion of Alpine Escapes’ very own yeti; Michael LaRochelle adding, “if we’re going to all this trouble, we might as well have the yeti.”

The two brothers have started their own YouTube Channel; Magictecture. interested fans can check out their newest endeavors, and see what’s next for the Disney Loving brothers.