Star Wars holds a very special place in all of us, fans and actors alike. Oftentimes we as viewers take for granted the passion an actor can bring to their role, as seen by Daisy Ridley’s emotion when wrapping up Rey’s storyline.

Ridley, a 28-year-old English actress, spent the better part of the last five years lending all of her passion, love, and talent into bringing the character of Rey to life.

A journey that has given us one of Star Wars’ strongest, and most beloved characters; and has given Ridley notoriety as one of Hollywood’s promising young actors.

This mutually beneficial relationship between performer and role shouldn’t diminish Ridley’s unrelenting commitment to the character she played, and how engrained she was in both the Star Wars universe and the world which she helps to recreate in 2015’s The Force Awakens. 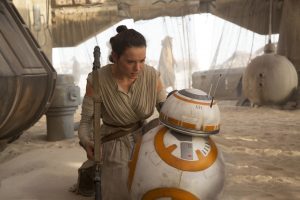 She noted the emotional final days of the newest trilogy’s final installment; The Rise of Skywalker. Discussing the difficulties of leaving that world, its fans, and this character, behind.

“When we wrapped [The Rise of Skywalker] I wept all day” Ridley told People Magazine. “Obviously not to say that it was like grieving, but It was grieving something” … “I’ll always have it, and we’re all bonded by this incredible thing” 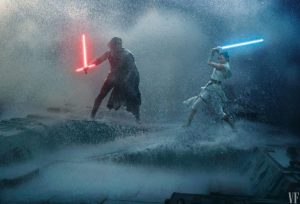 When talking with IGN, the actress focused on the beauty in the finality of her arc, and the film trilogy she took part in, “I think the beauty of Episode IX is it ends with such hope”

“I just feel like that was Reys perfect ending.” The actress ends by noting, “I feel totally, totally satisfied with how that story finished” 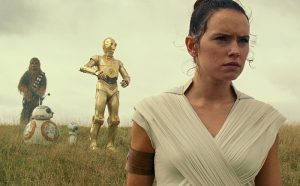 Ridley presents the beauty of the story she took part in, while also discussing the sadness of its final moments. It was the recognition of this end that was difficult for the young actress to handle.

The emotional weight of walking away, despite the satisfaction in the conclusion, is an incredible reminder that these actors live as these characters for so long. As these heroic symbols live within our stories for the rest of eternity, so do they live in the people who first brought them to life.