For those who are unaware of what happened that fatal day, 8 students and their instructor went trekking in the northern Ural Mountains in 1959 and unfortunately never made it back. When found, their tents were cut open and all 9 had passed away; some from hypothermia and others from physical trauma.

Due to the way they passed, and no witnesses, conspiracy theories started to emerge about how these experienced hikers could have passed away. The case had remained unsolved for 62 years until a researcher watched Frozen for the first time. 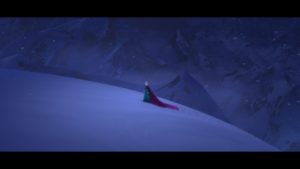 Johan Gaume, a reacher at the Snow Avalanche Simulation Lab, was so impressed by how the snow was animated in the 2013 Disney classic that he reached out to the animators to discuss how they managed this feat.

A few years back, Gaume was struck by how well the movement of snow was depicted in the 2013 Disney movie Frozen—so impressed, in fact, that he decided to ask its animators how they pulled it off. He ended up going to Hollywood to chat to them. 14/x pic.twitter.com/Nj34ejn7vo

Gaume was invited to Hollywood to see exactly how the animation process worked for the snow and was even given a copy of the animation code so he could recreate the method back at the simulation laboratory.

From here he recreated the events of that night in hopes of deciphering what truly happened to the 9 people who unfortunately never made it home from that expedition. 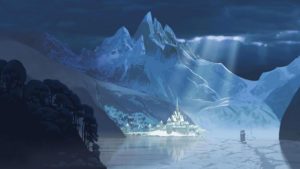 From these experiments with the animation code from the animators of Frozen, Gaume was able to discover the precise angles at which a wall of snow, like one seen in a regular avalanche, could hit to cause the injuries that were discovered on the bodies.

Through this data, the knowledge that 6 passed away from hypothermia and the placement of the bodies, Gaume was able to solve what happened those 62 years ago.

This truly amazing story just goes to show that inspiration can come from anywhere, and how art can touch every aspect of the world around us.