The Mandalorian Named in Top 10 Television Shows of the Year

The Mandalorian has once again been praised for the brilliance it is, as the Disney+ original show has been named in the top 10 television shows of the year from the American Film Institute in their AFI awards. 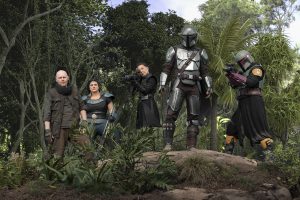 This isn’t the first award that The Mandalorian has won, and it undoubtedly will be the last. Favreau’s creation has also won Best Science Fiction/Fantasy Series at the Critics Choice Super Awards, earlier this month.

Not only this, but the show is also up for Best Drama Series at the Critics Choice Awards which will be hosted by Taye Diggs in March.

The highly anticipated second season of The Mandalorian has currently gathered just under a billion views on the Disney+ streaming platform, all while making die-hard Star Wars fans happy, and bringing new fans to the franchise.

Reaching into The Clone Wars and Rebels with the aid of Dave Filoni to bring lore into the praised show, such as the coveted Dark Saber, Bo Katan, and possibly the Mortis Dagger has taken The Mandalorian to new heights. 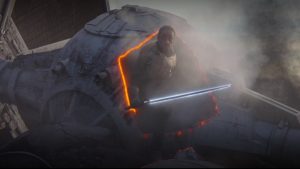 While nothing is certain as The Mandalorian goes into season three, fans and critics alike remain enamored with the show and remain eager for new information and installments.

If the success of The Mandalorian is anything to go by, we’re all in for one hell of a ride upon the release of Obi-Wan Kenobi on Disney’s streaming platform, Disney+. 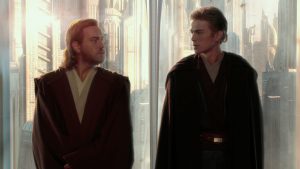 Ewan McGregor is confirmed to reprise his role as Obi-Wan and his journey after his apprentice, Anakin Skywalker, turned into the feared Darth Vader.

With Hayden Christensen returning as Vader also, the two are bound to cross paths once more, and we couldn’t be more excited.