Celebrate the 60th Anniversary of 101 Dalmatians!

60 years ago today, Disney released one of its most beloved feature-length animated films: 101 Dalmatians. The puppies popularity immediately took the world by storm. The demand to own a Dalmatian soared, and crooners everywhere could be heard singing verses of the jazzy  ‘Cruella de Vil’, brilliantly sung by Bill Lee in the original film. 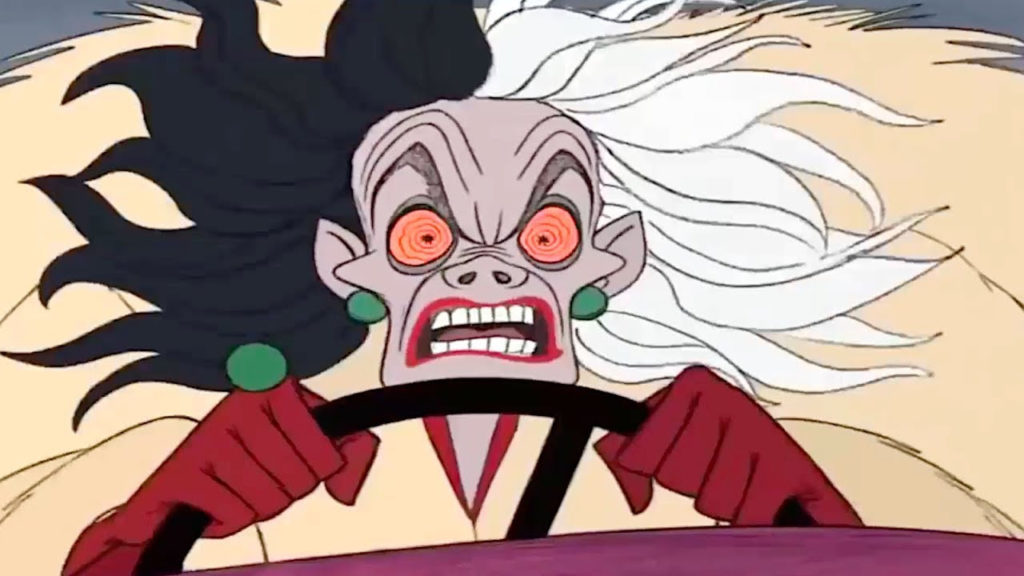 Yes, Dalmatian fever was everywhere, and 60 years later in 2021, the movie (and its iconic characters and sinister villain) is just as popular as ever before. Here is how you can celebrate the anniversary of 101 Dalmatians!

At the Walt Disney World

At Walt Disney World Resort, film fans and pin collectors have something to be very excited about today! Disney has just released these 101 Dalmatian 60th anniversary pins, and with a custom cardboard backing featuring the signature spots, these pins are truly collectors’ items. You’ll want to hurry if you are looking to snap one up as these pins are limited-edition! 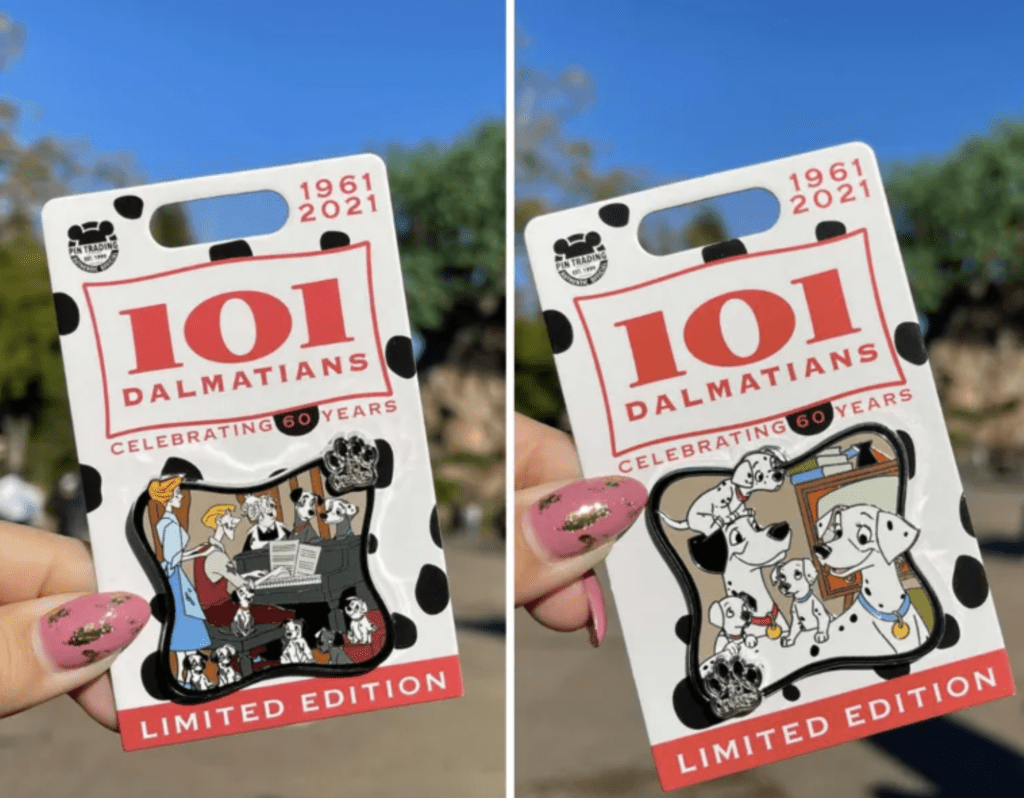 Cruella has been haunting the dreams of puppies everywhere for six decades now, but she really is one of the coolest old school villains in Disney’s villain vault. 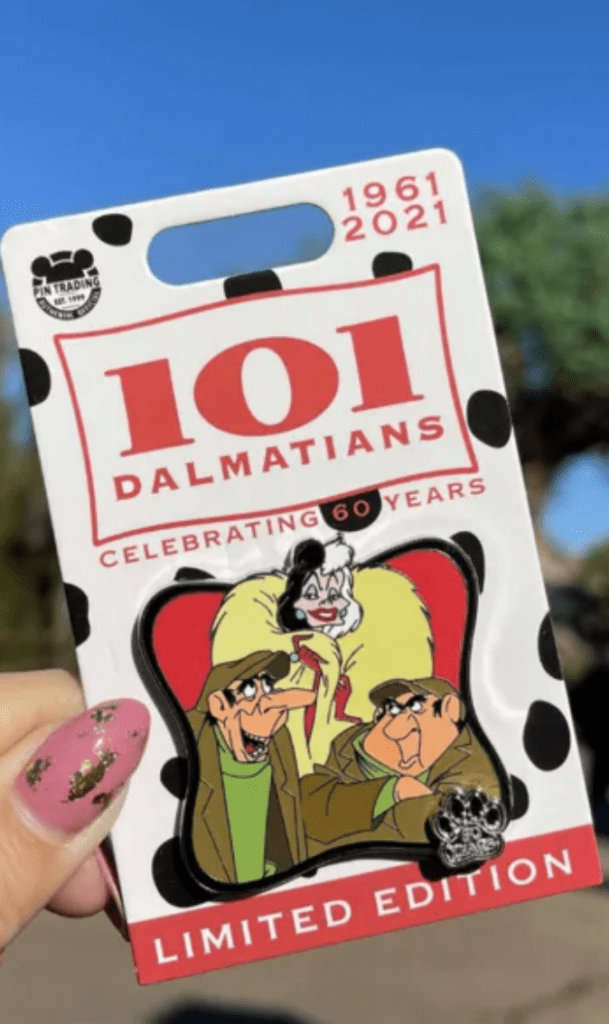 Putting her whole ‘whole Dalmatian fur coat obsession’ aside, she’s one of the classiest and trendiest villains out there…I mean come on, that iconic hairdo was 60 years ahead of it’s time! Fans can snap up this neat retro pin in her likeness while supplies last.

Watch the Film on Disney+

If you aren’t at Walt Disney World today, you can customize your 101 Dalmatian 60th anniversary celebrations however you like! Here are some ideas to hold a very fun, VERY easy, and very spontaneous movie night at home. 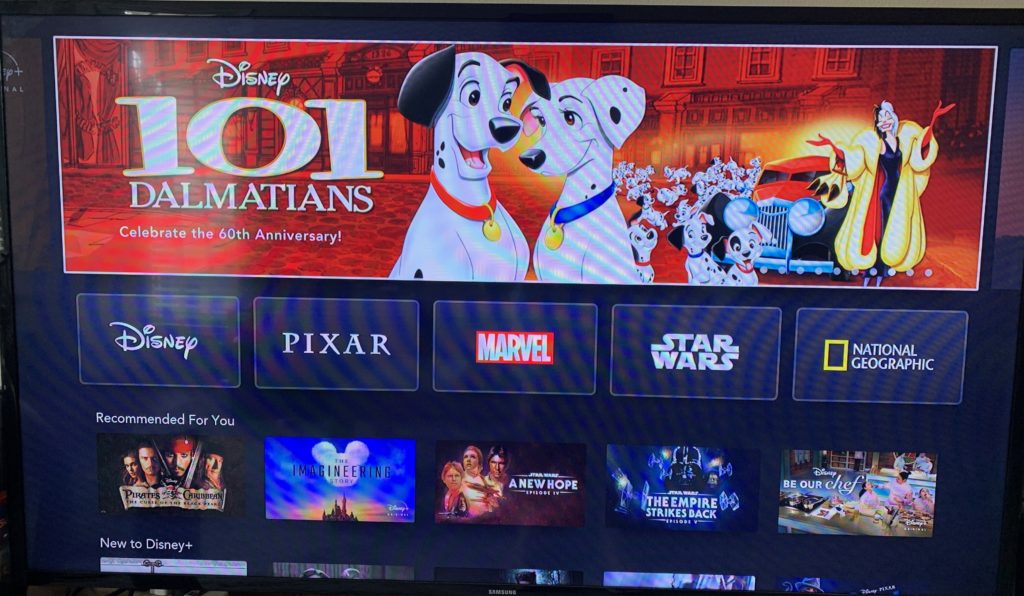 Of course the best way to celebrate the 60th anniversary of 101 Dalmatians is to cozy up on the couch for a viewing of the original animated film! For today only, the Disney+ home screen is highlighting the film and its big anniversary.

Before you settle in for the movie, you’ll want to gather your snacks! These chocolate/vanilla chip cookies give me major Dalmatian vibes. 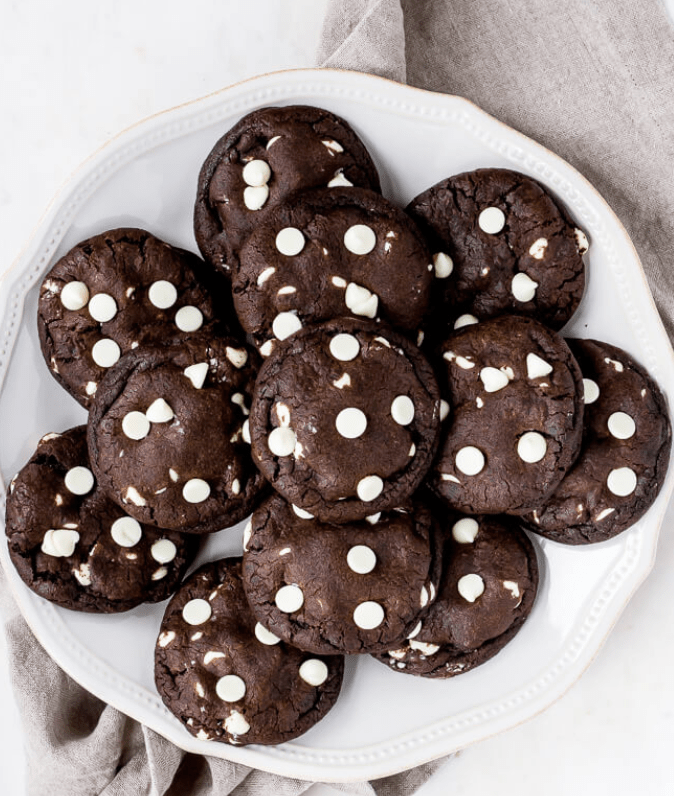 The black-and-white specked cookies look just like Pongo and Perdy’s perfectly groomed coats, making them a great snack to pair with the film! Plus, your house will smell like freshly baked cookies all movie long! Get the full recipe here.

This adorable 101 Dalmatian-themed craft is the perfect one to do with your kiddos! There is no sewing or sharp needle necessary to make this cute finger puppet, just a hot glue gun, some felt, and your finger! 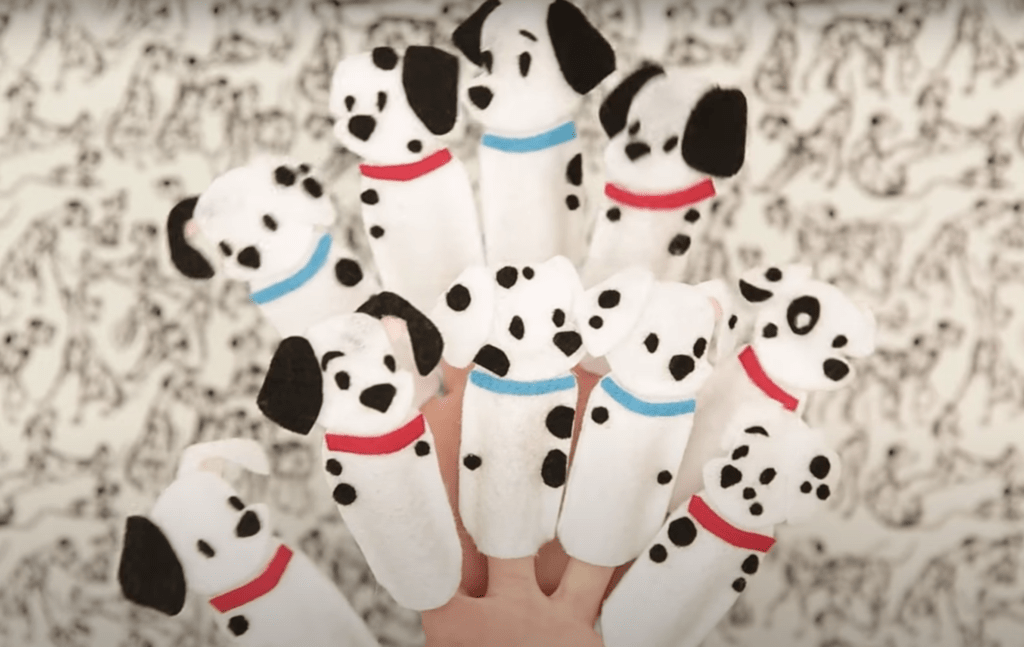 This craft can be done with little to no prep depending on what you’ve got around your house! Get the craft tutorial here!
TIP: If you don’t have any felt laying around, you can make a version with white construction or printer paper and a black marker following the same instructions!

So, will you be celebrating the 60th anniversary of 101 Dalmatians today?Leave me a comment and let me know! For even more Parks and Resorts content, visit me on YouTube at DisneyWorldLocal for the latest ride POV’s, restaurant reviews, and updates from WDW from a Disney World Local!