Pedro Pascal On Playing The Mandalorian

What will The Mandalorian do in Season 3?

Like many of you, I have been thinking a lot — I mean an unhealthy amount — about The Mandalorian’s Pedro Pascal.

For example, “What does Pedro actually think about playing the titular character? And does he (Mr. Pascal) cuddle with Baby Yoda?”

And, IndieWire was kind enough to oblige with the deets. Well, not about Baby Yoda per se, but how Pedro came to find himself wearing a helmet for the better part of two seasons.

Take a look back and relive every journey in the second season of #TheMandalorian. All episodes are streaming on @DisneyPlus.
#Grogu pic.twitter.com/VPG1xJKUlp

Anyway, working to, first-and-foremost, dive into Wonder Woman 1984, the article is fascinating. IndieWire’s Anne Thompson writes a terrific tome about Pascal and his work in Hollywood.

“He means more to me than you will ever know.” #TheMandalorian pic.twitter.com/HRT0i0Vcvn

Of course, and as the writer explained, Pascal already transcended that kind of career.

Take, for instance, The Mandalorian. It literally conquered the world (as in Earth).

While covering his face for the entire series was not an incitement to take the job, after one meeting Pascal decided to throw in his lot with Favreau. “I just knew what Jon Favreau was capable of,” he said. “If he was going to get involved in ‘Star Wars,’ then it would be the best version of that. How could you not? Every wall in the writers’ room was covered with these immaculate colorful illustrations of the entire first season. When you got to the end of the first episode, you meet The Child. It disarmed me so completely. If it brought the effect of that on a mass scale, ‘Oh yeah! Bullseye.’”

Tell Us More About The Mandalorian

And, oh hey, Pedro, how about some down low on the upcoming season?

“I am told what’s happening and what the plan is,” Pascal told Thompson, “but I can’t share it. They are in the expansion of this world, where there are so many unexpected surprises and timelines that are going to be dealt with.

If the character were to cross over into these worlds, it will be utilized in a way that isn’t meant to be expected. I wouldn’t want to spoil the surprise of whether or not characters from the show we already know are crossing over.” 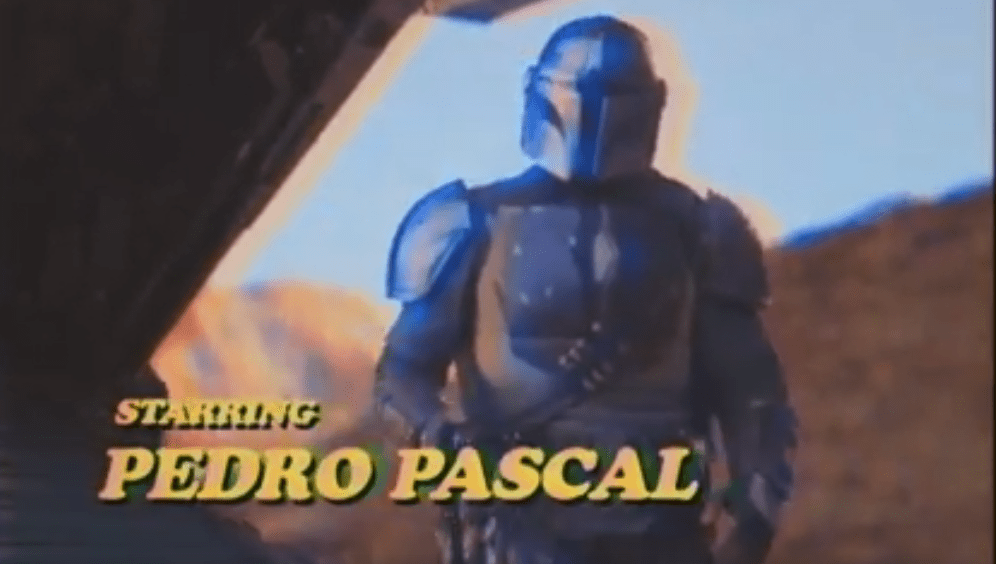 Finally, I don’t know what he just said, but it sounds pretty good. No? What do you think it means. Let us know in the comments.

And, if you care to know everything about Pedro Pascal, be sure to read the entire, well-done piece by Anne Thompson.