The Love Series collection of Imagination Keys are releasing Saturday 30th January at the World of Disney store in Disney Springs.

The keys will be sold in blind bags, with six different designs being available and one being a mystery design. 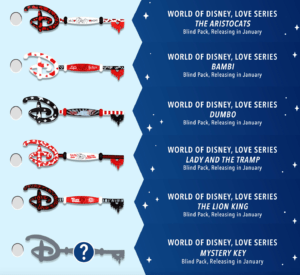 Five of the designs have been released, including designs centered around The Aristocats, The Lion King, and Dumbo. The sixth design is a mystery edition, so it’s anyone’s guess as to what film that design will be devoted to!

Previous keys released have seen designs featuring Fantastia, Pluto, and Soul, which have all coincided with movie releases or anniversaries.

Two upcoming releases for the Imagination Keys include a Winnie the Pooh and the Honey Tree 55 years anniversary design, and two Forky Toy Story 4 designs. 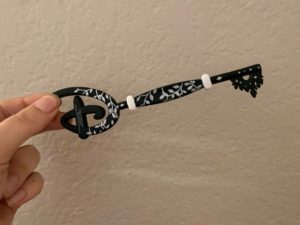 At these stores, an opening ceremony is performed each day in which a guest is invited to unlock their imagination while opening the Disney Store for guests for that day. The chosen guest is then gifted their very own opening ceremony key as a keepsake of the experience.

Then in 2019, Disney decided to release a special Mickey Mouse key celebrating his 90th birthday, and the rest is history! Six more keys released that year, including a Frozen 2 key celebrating the film’s release, and a D23 expo exclusive design. 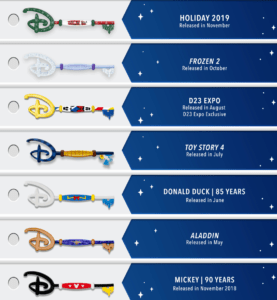 Have you been collecting any of the limited edition Imagination Keys? Will you be purchasing the new bling bag Love Series collection? Let us know in the comments below!