Even before I read the article, I saw the photo of the once-empty “Rainforest Cafe” in Downtown Disney in Anaheim and I said, “Yavin IV!” I mean, it just makes sense. Disneyland’s temporary plan to set aside its commitment to immersive storytelling experiences just became more permanent as once-exclusive merchandise only available in Star Wars: Galaxy’s Edge will now be sold in the former Rainforest Cafe at Downtown Disney.

The Star Wars Trading Post pop-up shop at Downtown Disney will be moving from its temporary location in the WonderGround Gallery to its new more permanent home in the former rain forest-themed restaurant.

From Rain Forest to Star Wars

Just take a look at the views from Rogue One and A New Hope:

A full view of the Massassi temple turned into Rebel Base. Image: Lucasfilm.

The crew of the Millennium Falcon arrive on Yavin IV in Star Wars: A New Hope. Image: Lucasfilm.

You see it, right? 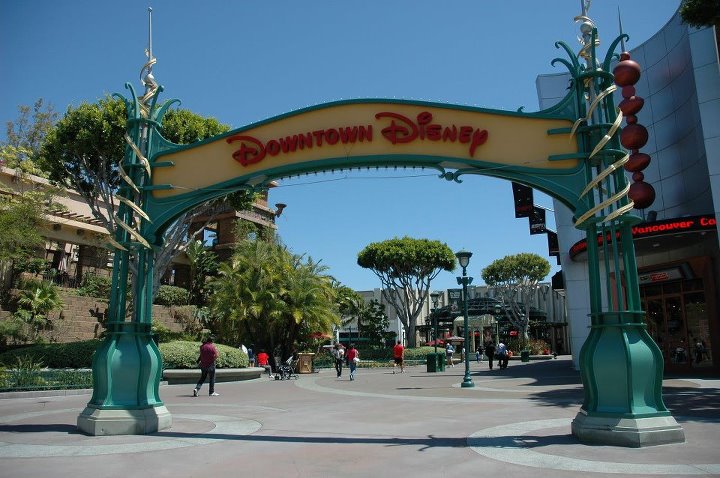 Walt Disney Imagineering will transform the former Rainforest Cafe gift shop into a Star Wars shop themed as a hidden jungle Resistance base with Rey’s speeder parked at the entrance.

Of course, I am not the first fan to suggest that Yavin IV might be the proper locale for the Anaheim shop.

The OCR quoted one such fan:

“There’s room upstairs for Disney to do even more if they get ambitious,” according to MiceChat. “A Star Wars restaurant or bar would really turn the volume up to 11 on this project. You think Trader Sam’s is popular? Just imagine a large Star Wars cantina in Downtown Disney.”

From robes and lightsabers to creatures and toys, there’s something unique for every traveler on their galactic journey. The opening assortment will feature merchandise straight from Star Wars: Galaxy’s Edge along with classic Star Wars and The Mandalorian, with apparel, accessories, souvenirs, creatures, droids and more. Select items direct from the planet of Batuu also will be available on shopDisney.com.

This move for Star Wars Trading Post gives you one more reason to visit: WonderGround Gallery will soon re-open! 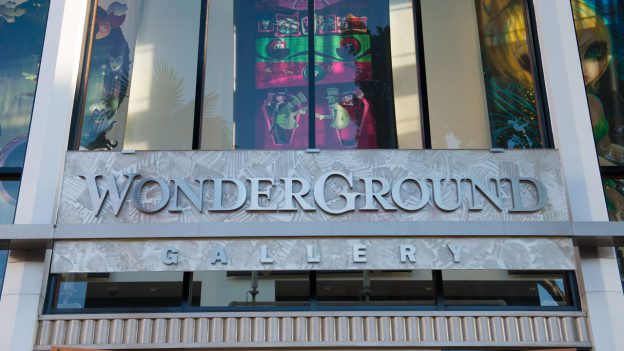 Happy to hear it all….