‘Frozen: The Musical’ In London Postpones Its Premiere Due To COVID-19

Its some sad new for theatergoers.  Disney announced today that Frozen The Musical which was expected to make it’s debut in London’s West End in April will be delaying its debut due to the pandemic.  You can take a look at their official tweet below:

Please take a moment to read this announcement about the opening of Frozen in London.

We cannot wait to share this magical production with you at the Theatre Royal Drury Lane as soon as possible. pic.twitter.com/LcBa4WW8AK

In an official statement, Disney Theatrical Productions advised: “In light of the recent government implementation of a full national lockdown, it has become necessary to postpone the opening of Frozen, which was planned for April, just a little longer.” The statement continues, “The health and wellbeing of our audiences, cast, and crew are paramount, and we cannot wait to share the production with you as soon as we are safely able to without current social distancing regulations. Therefore, we have taken the decision to temporarily take the show off sale, and to reassess our timeline. We will announce our new opening date as soon as possible.” 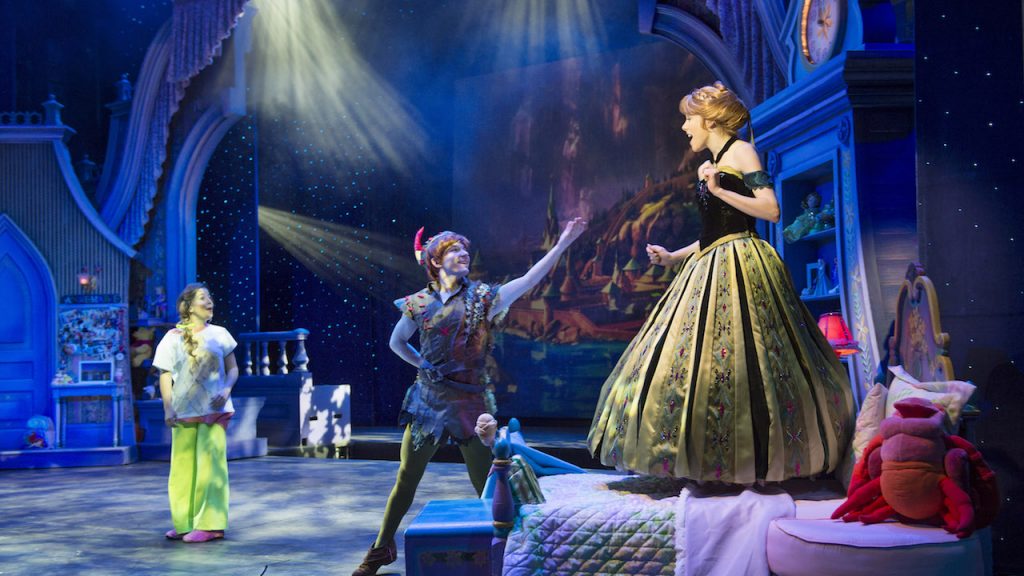 “Disney Dreams … An Enchanted Classic” tells a bedtime story of a young girl who realizes the power of her dreams with the help of popular characters from beloved Disney features. On the Disney Magic, Anna, Elsa and Olaf from the animated hit “Frozen” make their stage show debut at sea during the Broadway-style production performed at the Walt Disney Theatre. (Kent Phillips, photographer)

According to a recent piece in Playbill those who have purchased tickets will be contacted by Disney with revised performance dates.  This is the second postponement of the show.  It was originally supposed to debut in November 11, 2020 which was also rescheduled due to COVID.

When it does open, the project will star Stephanie McKeon as Anna and Samantha Barks as Elsa.  The cast will also feature Obioma Ugoala as Kristoff, Craig Gallivan as Olaf, Oliver Ormson as Hans, Richard Frame as Weselton, and Mikayla Jade and Ashley Birchall alternating in the role of Sven. 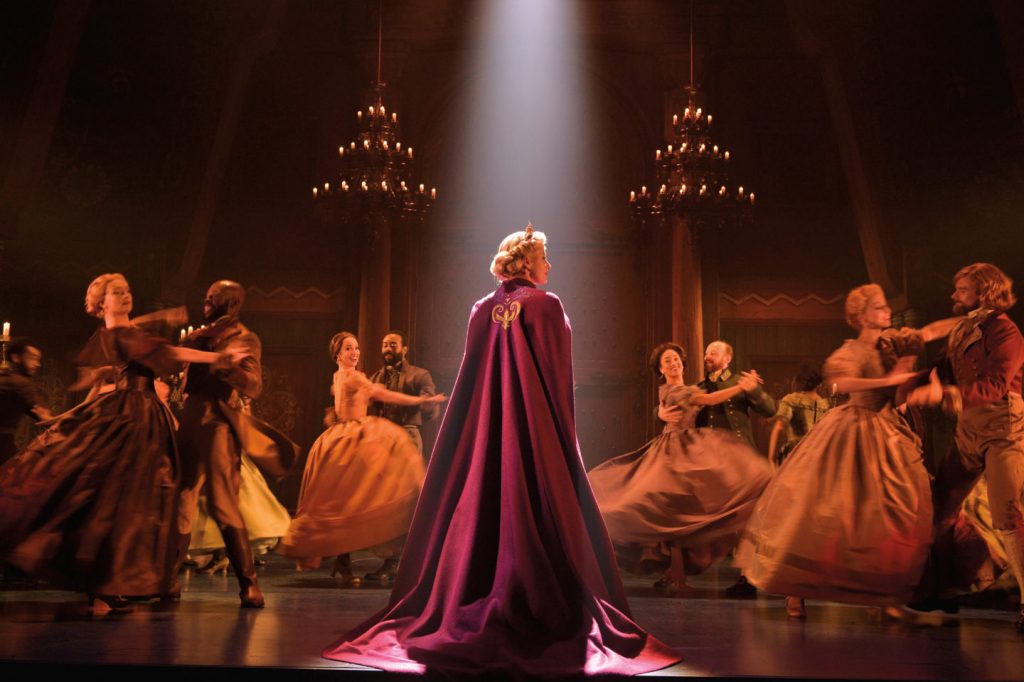 The musical is based on the 2013 Disney animated film, Frozen with a musical score written by Kristen Anderson-Lopez and Robert Lopez with a book by Jennifer Lee. The musical opened on Broadway in March of 2018 but unfortunately was one of the casualties of a lengthy Broadway closure last year announcing that it would be closing on Broadway for good.