In a year that saw a wide array of wonderful animated features, Disney and Pixar seem to have developed one for the ages with their 2020 film, ‘Soul.’ This was affirmed again by the films recent win at The Critics Choice Super Awards; taking home the award for Best Animated Movie.

The filmmakers at Pixar refused to allow the absence of a theatre experience to rob their films of an audience. ‘Soul’, and many other films, made the best of the situation that plagued the 2020 box office and took advantage of streaming platforms amid the COVID-19 pandemic.

The Critics Choice Super Awards hosted a decent lineup of acclaimed animated features. With ‘Soul’ beating out Over The Moon, A Shaun The Sheep Movie: Farmageddon, The Willoughby’s, Woflwalkers, and fellow Pixar title Onward. 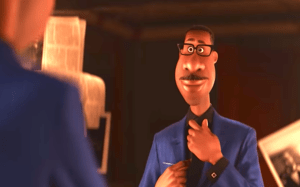 A film that tackles dense and thought-provoking ideas such as purpose, lifelong happiness, and what it means to be human. Soul found an incredible vehicle for their story in Joe; a jazz music teacher who is finally given his chance at a big break.

Jamie Foxx brings the character to life in his portrayal and is joined by an all-star cast of veteran performers; such as Tina Fey, Angela Basset, and Daveed Diggs. Praised for its ambitious direction, and inclusivity, Soul has been well received by critics and viewers alike.

Disney+ subscribers can stream Soul today exclusively on the Disney+ platform, along with other Disney and Pixar favorites.