Marvel fans have a reason for excitement entering this new year- not only is WandaVision a mere week ago, but the anticipation for Black Panther #23 has been satisfied with an official trailer. This marks the final stretch for Ta-Nehisi Coates’ beloved Black Panther runs.

This entry into the Black Panther series marks Coates’ fifth-year authoring the character. His acclaimed writing being partnered with beautiful art provided by Daniel Acuna and Ryan Bodenheim. The February release will see the continuation of the “Intergalactic Empire of Wakanda Saga.”

This epic sees T’Challa encounter an alternate reality Wakanda. Abandoning the peace that has defined the Country as we know it, this incarnation is defined by their desire for power. Coates’ forces Black Panther to face a dark version of his home; with their goal being universal conquest. 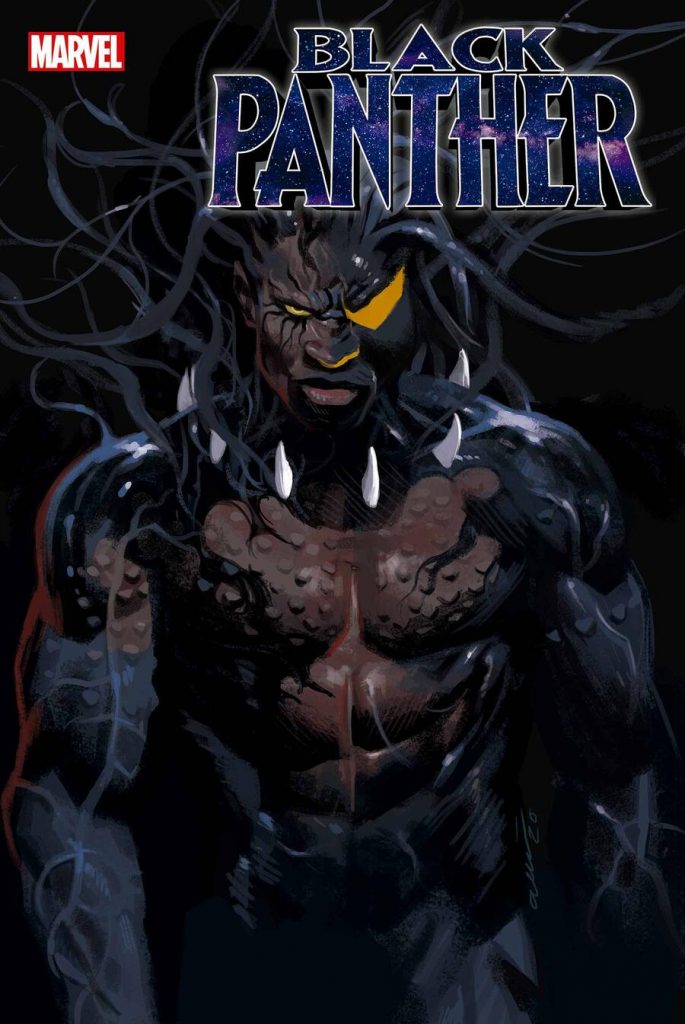 Coates’ holds nothing back in his take on the character. He presents a carefully crafted protagonist and thoughtfully created narrative. With guest appearances by beloved Marvel characters such as Storm, Shuri, and Erik Kilmonger; Marvel fans will be delighted to explore Coates’ Black Panther #23 when it releases February 24th!

Currently, Disney has no plans to recast the role of T’Challa after the tragic passing of Chadwick Boseman, so the direction of Black Panther in the Marvel Cinematic Universe is still unknown.

Stay tuned to Mickey Blog for any updates on the filming of Black Panther, and any other Disney news from around the globe.