Marvel’s WandaVision is just days away. It premieres on January 15.

But each day we seem to learn a little more about the upcoming Disney+ series.

Today, we received a new trailer, with the title: “New Era.”

And, did we hear the show’s theme song? Yep. A theme penned by a familiar and favorite songwriting duo: Kristen Anderson-Lopez and Robert Lopez. You might remember their work from a little film called Frozen. 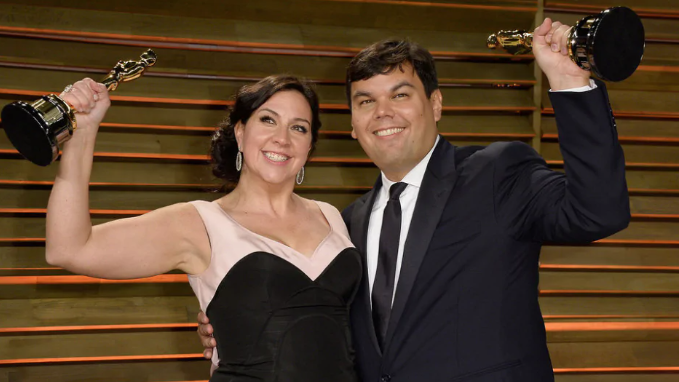 The husband and wife Lopez duo gained fame from their Oscar and Grammy-winning song “Let It Go” featured in Frozen, before composing the also well-received “Remember Me” from 2017’s Pixar film Coco, which also went on to win an Oscar. While they both boast a respectable amount of success, Robert Lopez garnered unique praise for not only earning an EGOT (when one person wins an Emmy, Grammy, Oscar, and Tony award), but being the youngest to do so. He also holds the honor of being the only person to win every EGOT award more than once… The song in the trailer emanates a distinct (and clearly intentional) callback to themes from classic 50s and 60s TV shows like Leave it to Beaver and The Dick Van Dyke Show. Just like what Disney has shown of the show itself, the idea appears to be going all-in on the campiness of shows from that era to make audiences really feel the contrast when the series reveals its true intentions.

Screencaps From The New Trailer

And, while we are at it, let’s look at the intentions behind some of the moments from the new trailer. 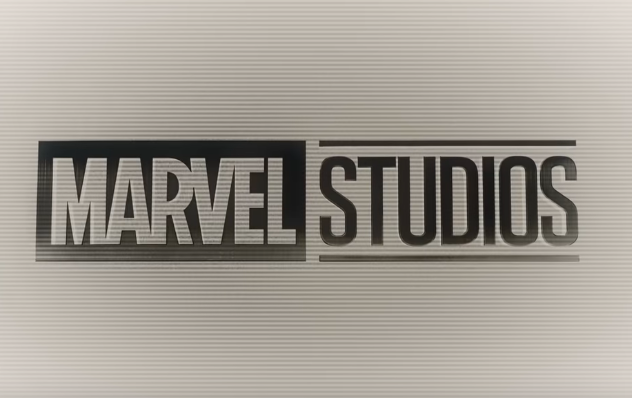 I love the Marvel Studios logo in black and white. Did you ever watch TV on a black and white set? Yep, me too. There’s something comforting (and, admittedly, also slightly disturbing) about those lines through the picture. 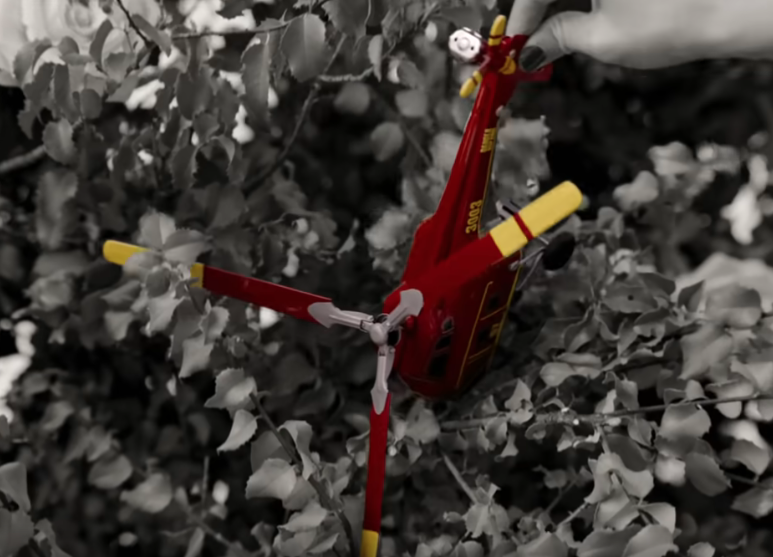 Why is this helicopter in color? What is its significance? 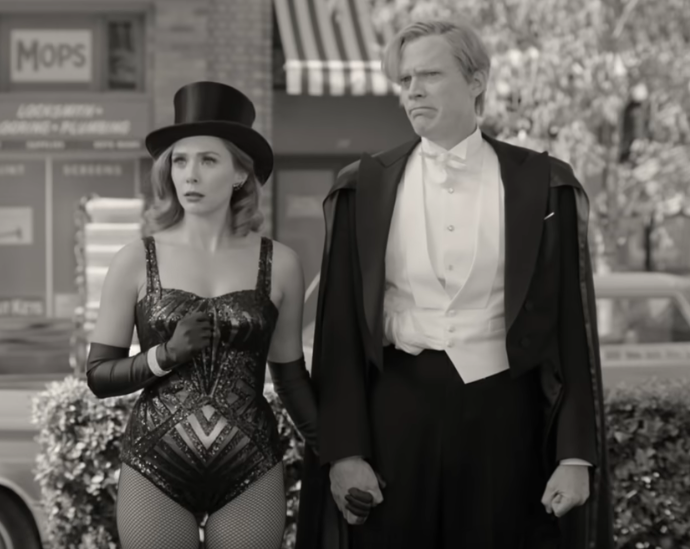 Frankly, I don’t know where to start. However, we did see the top hat on one of the “TV posters” released in the waning weeks of 2020. 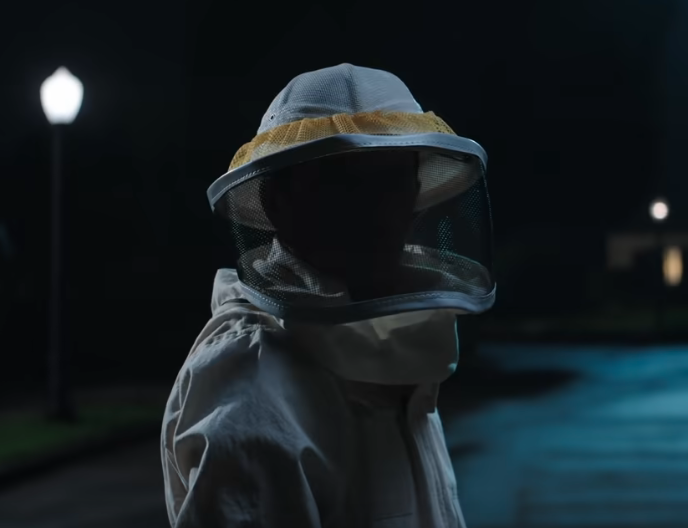 The bee keeper. Is this WandaVision’s answer to “The Smoking Man.” 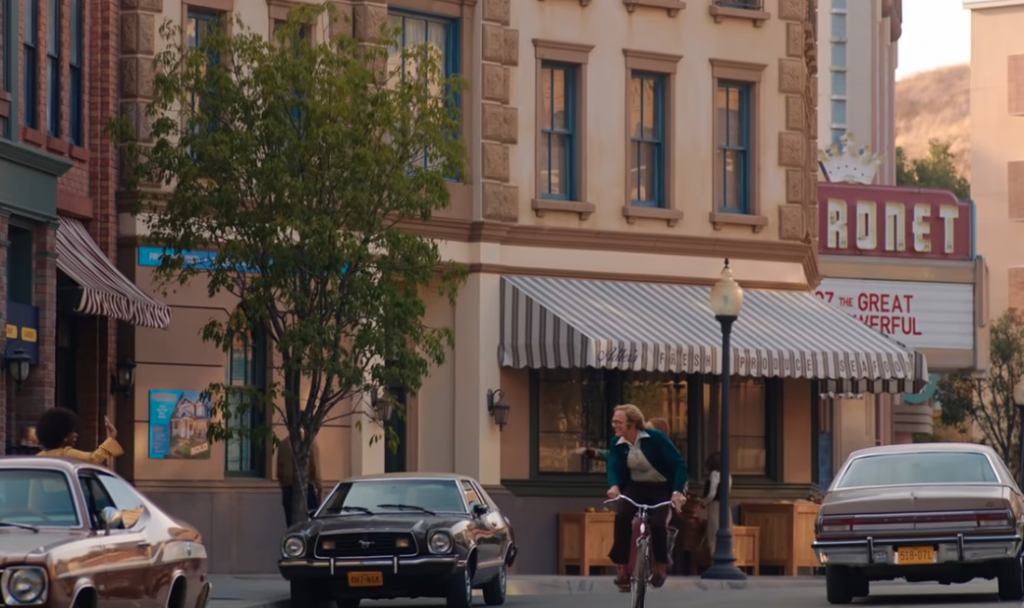 And finally, we have Wanda and Vision enjoying a bike ride — there’s always a bike ride. But, check out the marquee in the background. It’s strange though that the film advertised (Disney’s Oz the Great and Powerful) hit theaters in 2013 while the cars scream 1970s.

Anyway, you check out the clip:

Let us know what you think in the comments.