Celebrate 50 years of Walt Disney World with the 2021 D23 Gold Member Collector Set, included with all new and renewed D23 Gold Memberships in 2021. This vibrant collection, created exclusively for D23 Gold Members, was inspired by a half-century of the Vacation Kingdom of the World and includes a classic vintage-inspired lunchbox, a stunning custom-designed set of five retro pins, a colorful D23 pennant, a vinyl record featuring music from the parks, and a commemorative newspaper.

Celebrate memories of Disney’s parks and make some new ones with this incredible collection, included as part of 2021 D23 Gold Membership! 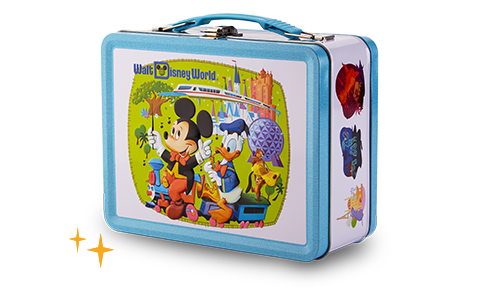 Taking inspiration from a fabulous 1973 fan favorite, this lunchbox designed by Kevin Kidney and Jody Daily—features Mickey, Donald, Chip and Dale, icons from all four Walt Disney World theme parks, a magical musical band led by Figment himself, and vignettes of scenes from Typhoon Lagoon to Remy’s Ratatouille Adventure. 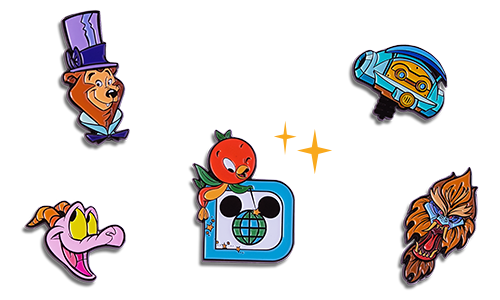 Designed by artists Kevin Kidney and Jody Daily, these retro-style soft enamel pins feature the Orange Bird atop the classic Walt Disney World Logo, Henry the Bear from Country Bear Jamboree at the Magic Kingdom, Figment from EPCOT’s Journey into Imagination, R3-X from his “Captain Rex” years at Star Tours at Disney’s Hollywood Studios, and the legendary Yeti from Expedition Everest at Disney’s Animal Kingdom. 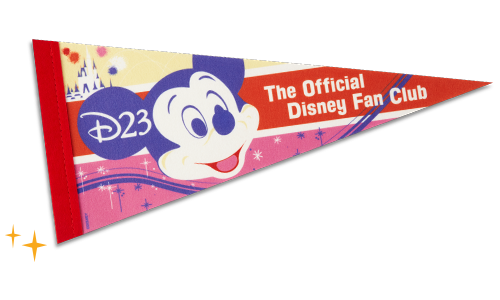 Inspired by the vivid colors and designs of retro Walt Disney World shopping bags, this full-sized D23 pennant, designed by artist and the Official Voice of Mickey Mouse, Bret Iwan, allows you to show off your membership to The Official Disney Fan Club at home or wherever you go! 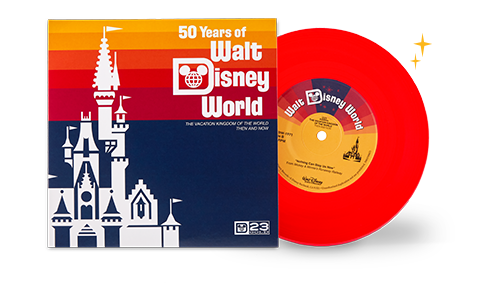 In partnership with Walt Disney Records, D23 is proud to present a mini-version of the ultimate theme park souvenir: the theme park soundtrack album. Pressed on cheerful transparent red vinyl, this exclusive 7” disc features the 1971 classic, “Bear Band Serenade” from Country Bear Jamboree on one side, and a modern classic, “Nothing Can Stop Us Now” from Mickey & Minnie’s Runaway Railway on the other—on vinyl for the first time! 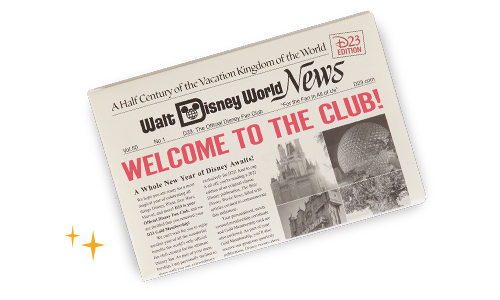 On top of all of those incredible pieces, the Collector Set features a 2021 tribute to an original publication, the Walt Disney World News, filled with articles curated to commemorate this milestone. Inside, you’ll find a welcome letter from the head of D23 Michael Vargo, a retrospective on the origins of Walt Disney’s “Florida Project,” and a tribute to “50 Favorite Things” found at Walt Disney World—written by the staff of D23 and the Walt Disney Archives to inspire adventures of your own.