Disney Makes It Official: Boba Fett Series Is Coming to Disney Plus

We’ve got some exciting news for all you fans of the OG Bounty Hunter Boba Fett.  SPOILER ALERT: At the end of Season 2 of The Mandalorian, there was a post-credits scene where they revealed the Book of Boba Fett would be hitting the network in December of 2021.  This release would seem to coincide with the third season of The Mandalorian.

After watching the post-credits scene it remained unclear whether the Boba Fett project would be a series, film or whether it was just subtitle given to the third episode of The Mandalorian. 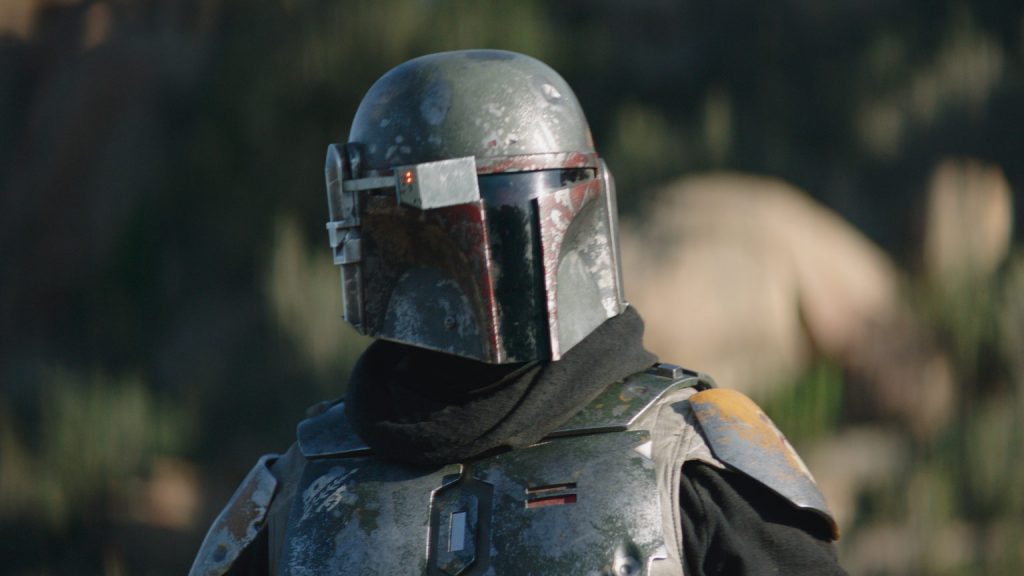 Well a few days later and we finally have our answer thanks to a recent tweet from Disney+.  As you can see below, Disney confirmed this morning that The Book of Boba Fett will be a series! Check it out:

The Book of Boba Fett, a new Original Series, starring Temuera Morrison and @MingNa Wen and executive produced by @Jon_Favreau, @Dave_Filoni, and Robert @Rodriguez, set within the timeline of #TheMandalorian, is coming to #DisneyPlus Dec. 2021. pic.twitter.com/vAoPWpxquq

The announcement was made head of an appearance by Dave Filoni and Jon Favreau on Good Morning America today.  The tweet above not only gives us a first look at the logo for the series but confirmed that both Mandalorian producers will also be producing the series along with Robert Rodriguez who directed Boba Fett’s Mandalorian episodes.

And it should come as little surprise to fans that Temuera Morrison will take on the titular roll an Ang Ming Na-Wen (Fennec Shand) will be returning for the series.
As for The Mandalorian, don’t worry, they aren’t going to be changing up the series.  Pedro Pascal’s Din Djarin is going to be starring in the third season of the series, which will be released right after The Book of Boba Fett.

We are so excited about this series! Readers are encouraged to keep following along with us for further news and updates!