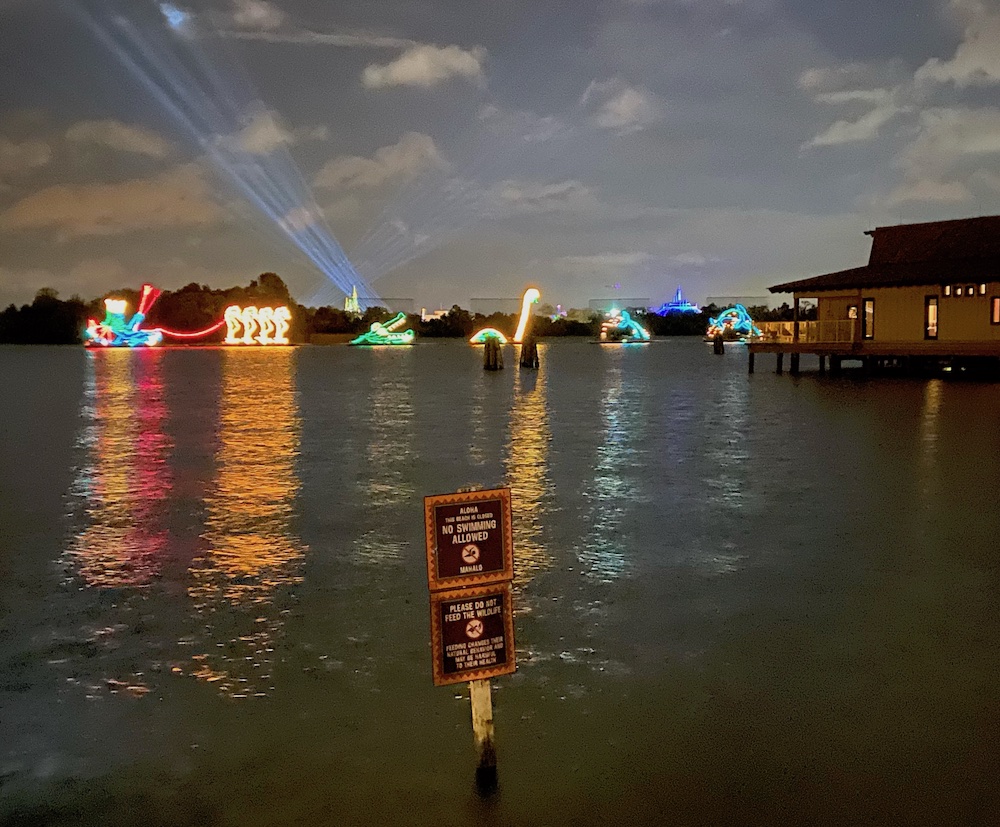 Secondly, this evening, MickeyBlog.com was on the shore of Disney’s Polynesian Village Resort to bring our guests a first look at the return of the venerable WDW staple. 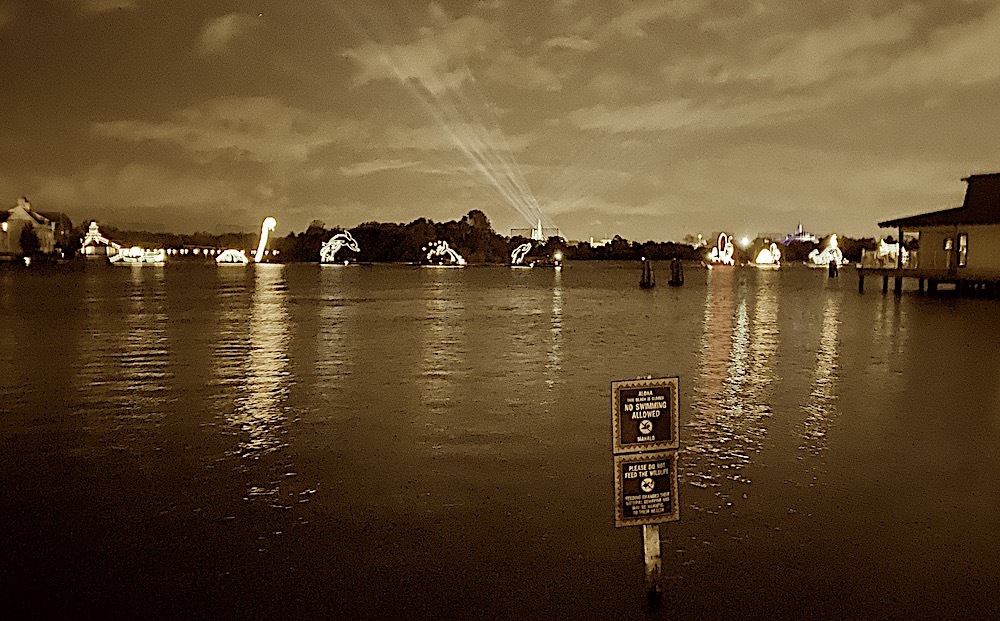 For the uninitiated, the official Disney World site describes the show as a chance to watch “Whimsical sea creatures sail across Seven Seas Lagoon to classic Disney tunes during this floating nighttime parade.” 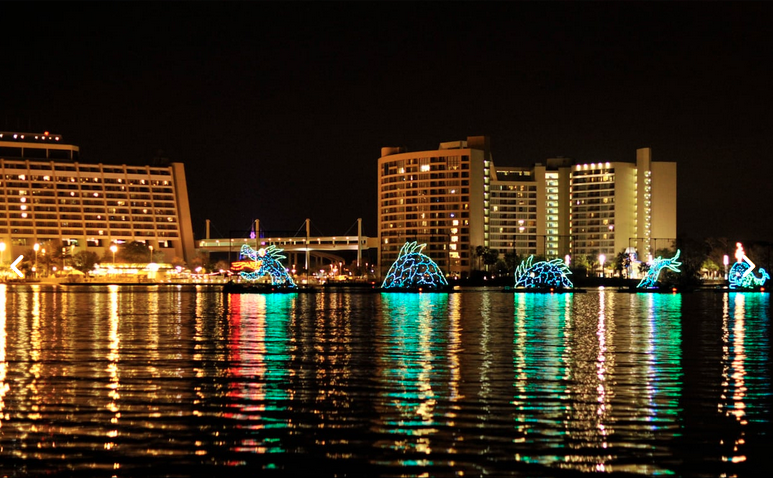 A bright green sea monster leads an enchanting, twinkling musical pageant you can see and hear from locations along the shore.

The procession includes a stirring and inspirational medley of patriotic songs while stars and stripes float along the shimmering water. 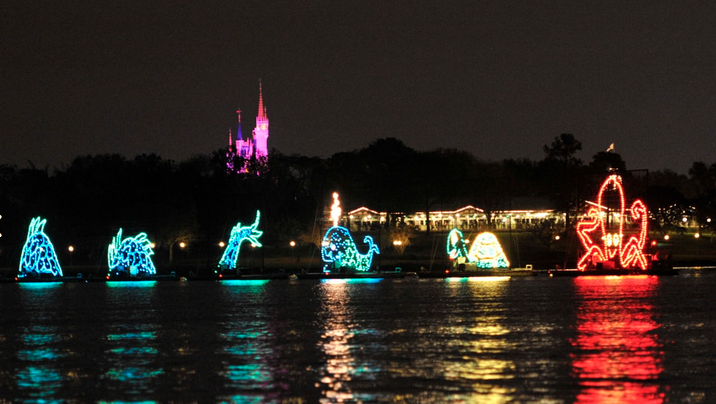 The Most Magical Viewing Places

Watch the Pageant from viewing spots along the shore at these locations: 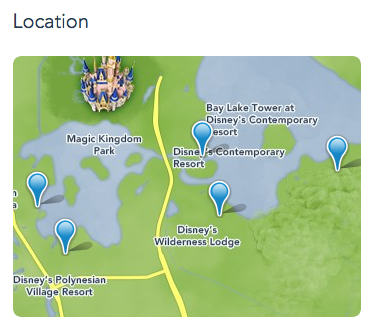 Please note that all times are approximate and may vary by several minutes. 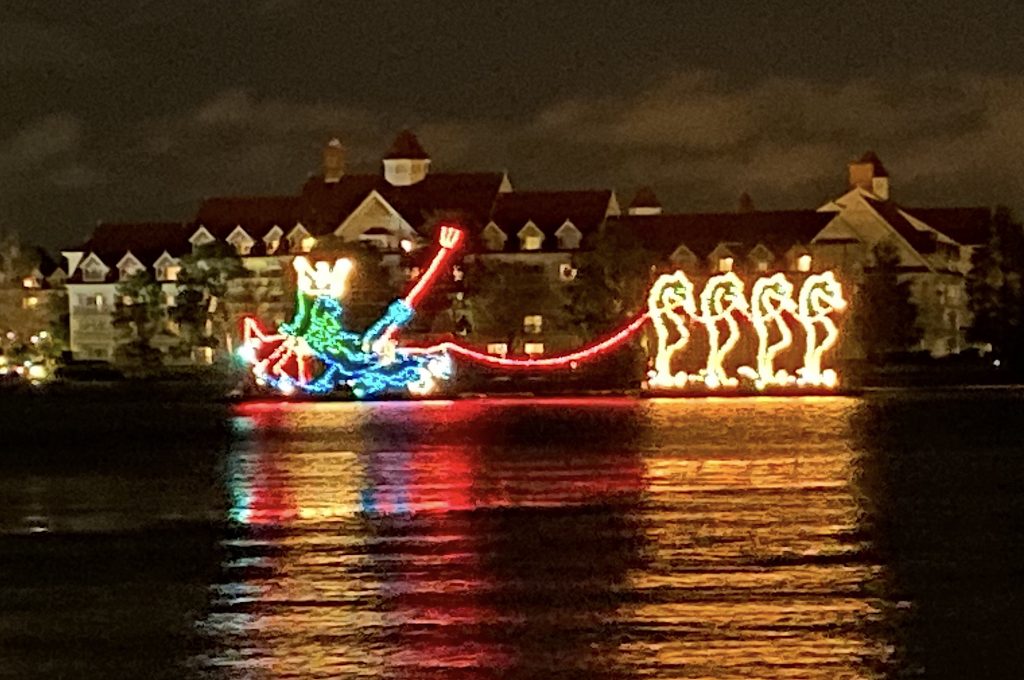 A view from the Poly

Most importantly, tonight, we were lucky to employ the services of one of the best theme park vloggers in the business; Nick from MagicalNewsLIVE on YouTube hosted our coverage. 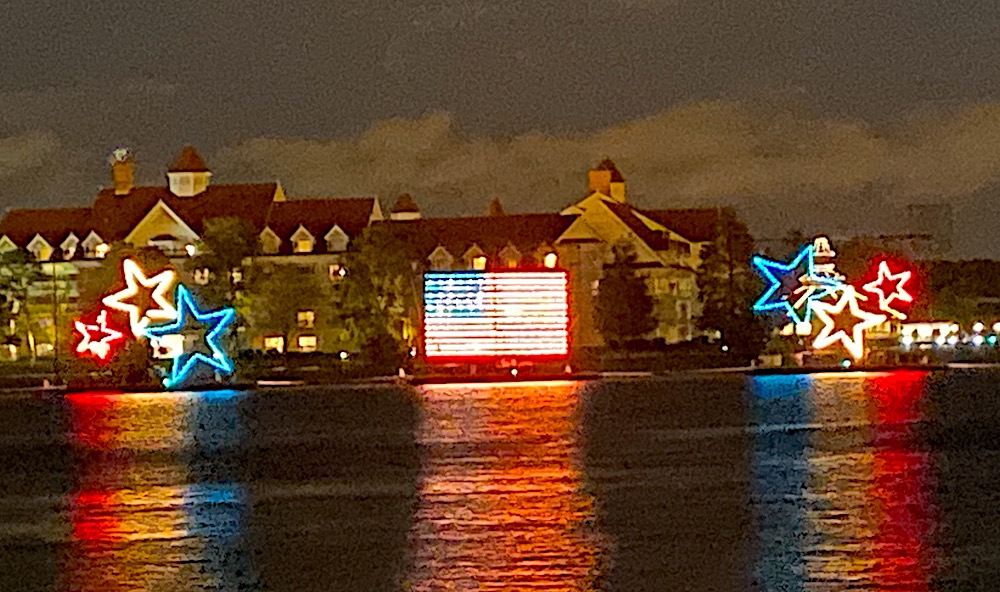 Consequently, Nick (who just passed 12,000 followers on YT), brought us the sights, sounds, and pre-show.

Filming from the shore of the Poly, it was a great way to start Christmas week.

Some Pics of the Pageant

Moreover, we were able to capture some fun photos of the festivities. 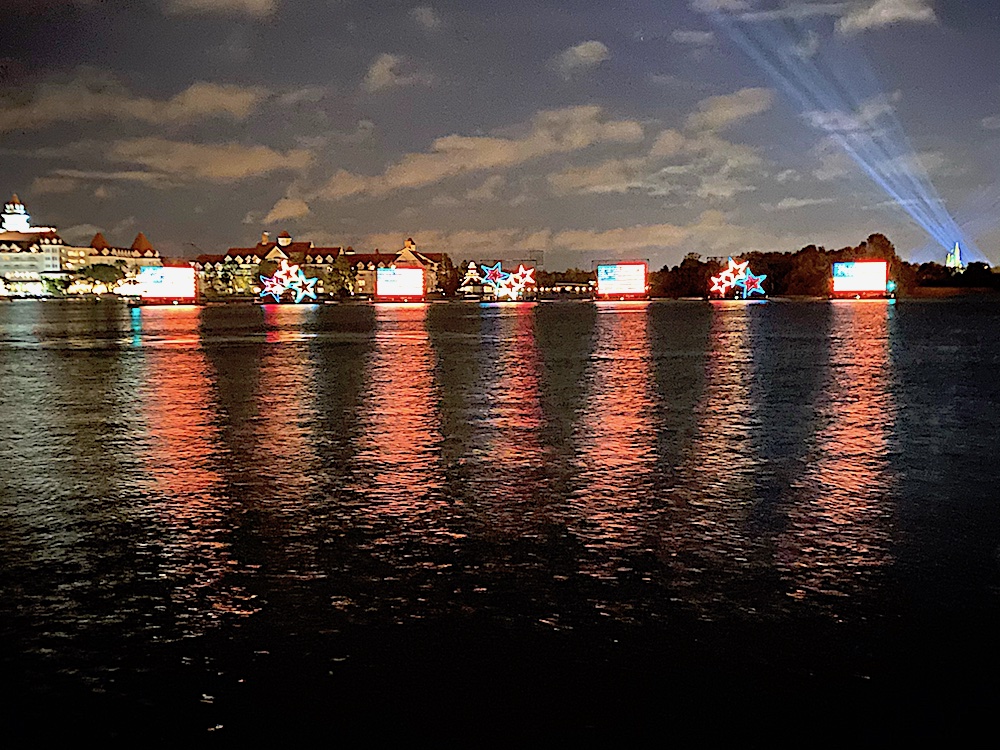 The view from the beach at Disney’s Polynesian Village Resort is spectacular.

In the distance, you can see Cinderella Castle with the projections lighting up the sky. 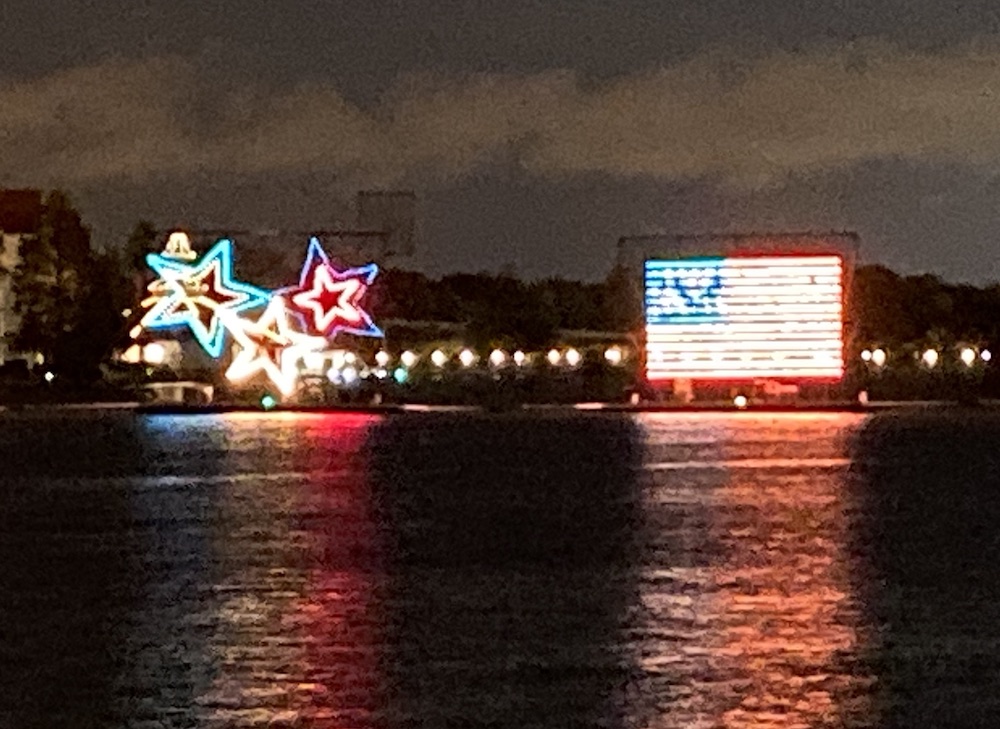 Watching the Electrical Water Pageant with America the Beautiful as part of the soundtrack is very patriotic. 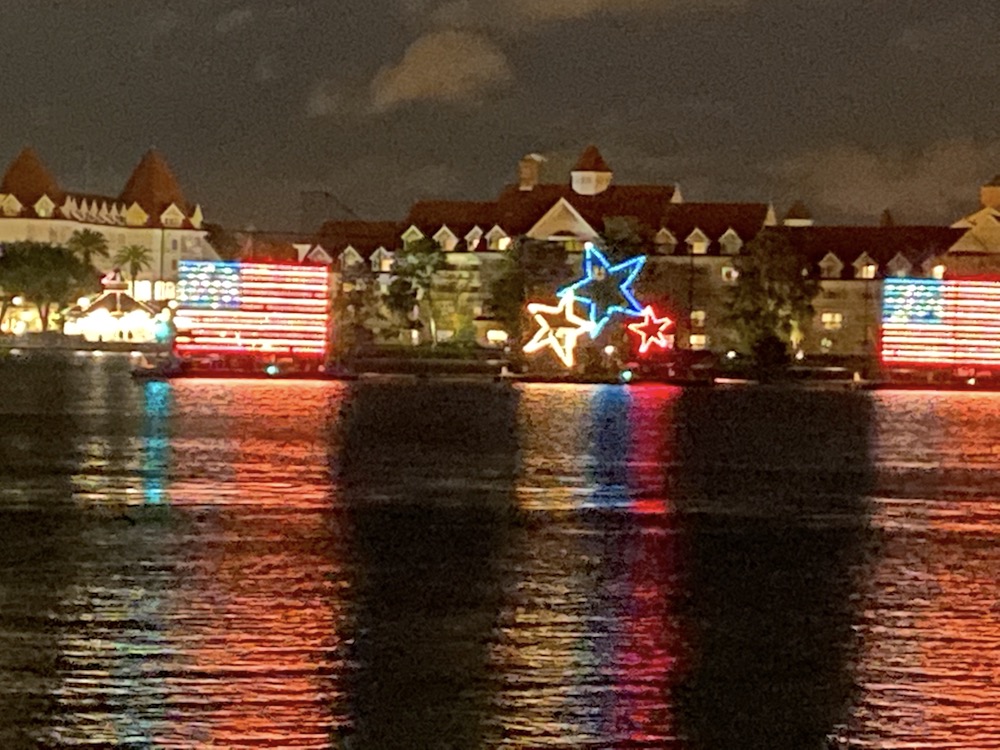 Finally, just another reason to start thinking about your next vacation, no?