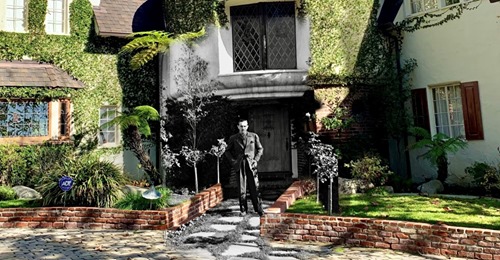 Usually, when we do an ICYMI, it comes from Walt Disney World, and it’s led by an Antonelle.

However, today, we found a special treat.

A little info about the home: 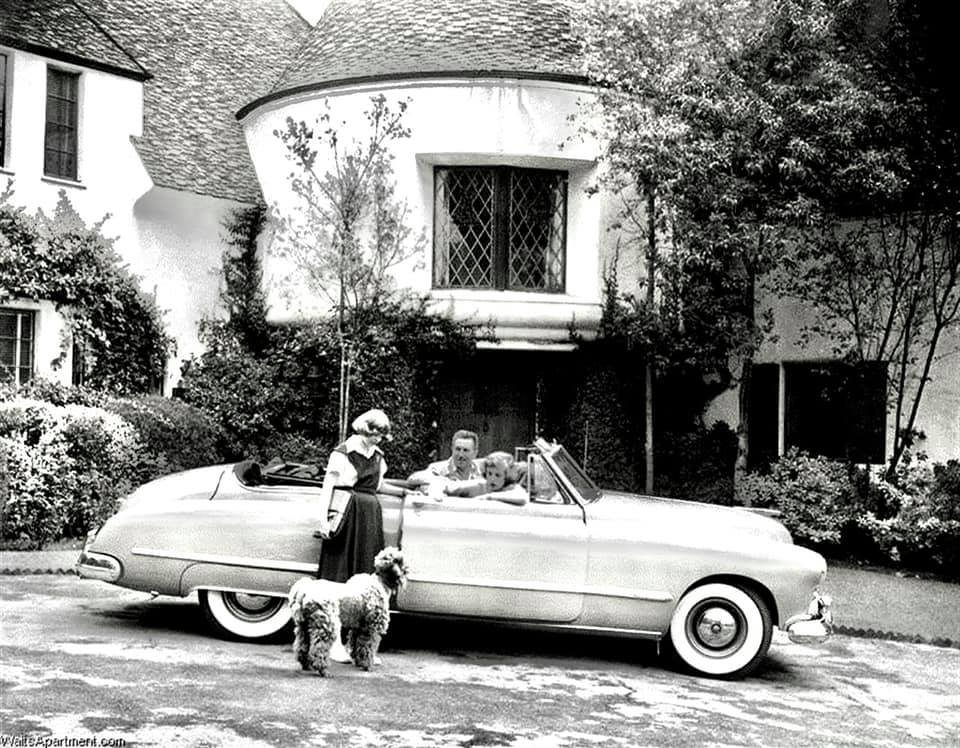 Walt Disney’s charming storybook mansion in the Hollywood Hills was built in 1932, so the young Disney’s could raise a family. Their daughters, Diane and Sharron, would grow up in this home and spend most of their childhood here. This is the 2nd to last home Walt lived in and the home he lived in for the longest period of time. 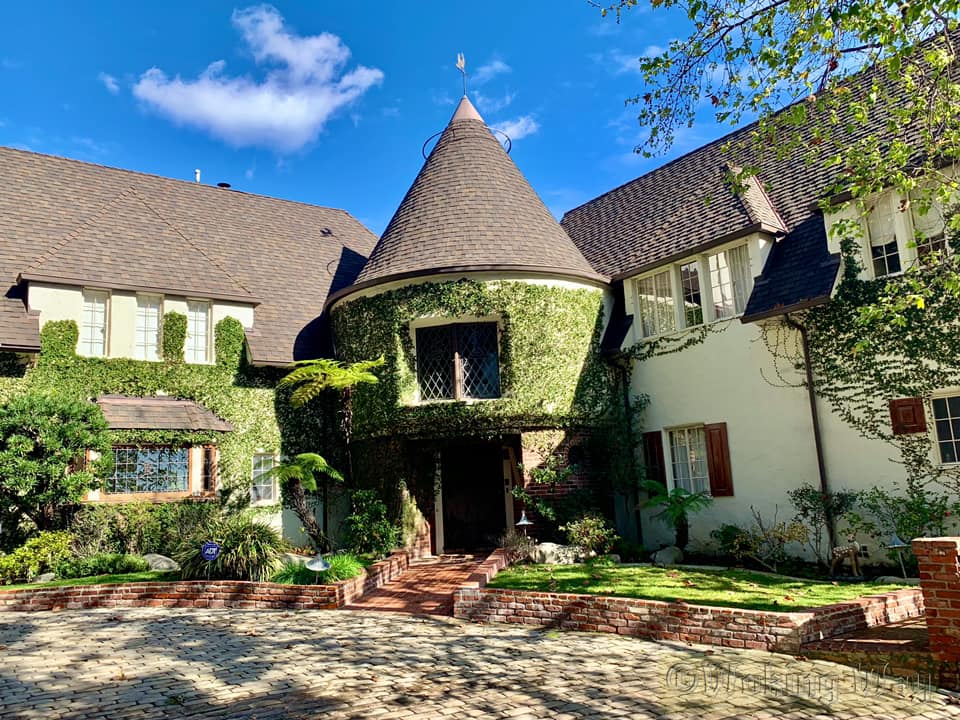 True, many fans know all about Mr. Disney’s Carolwood Estate in Holmby Hills and the charming train that famously choo-choo’d around the stately spread.

But it is the Woking Way house that is an enduring stand-out for many Disney devotees.

It’s where the storytelling legend lived the longest, starting in 1932, and the home where he hung his fabled fedora after days spent working on “Snow White and the Seven Dwarfs,” “Fantasia,” “Pinocchio,” and the classics that helped to define both the celebrated studio and what animated features could be. 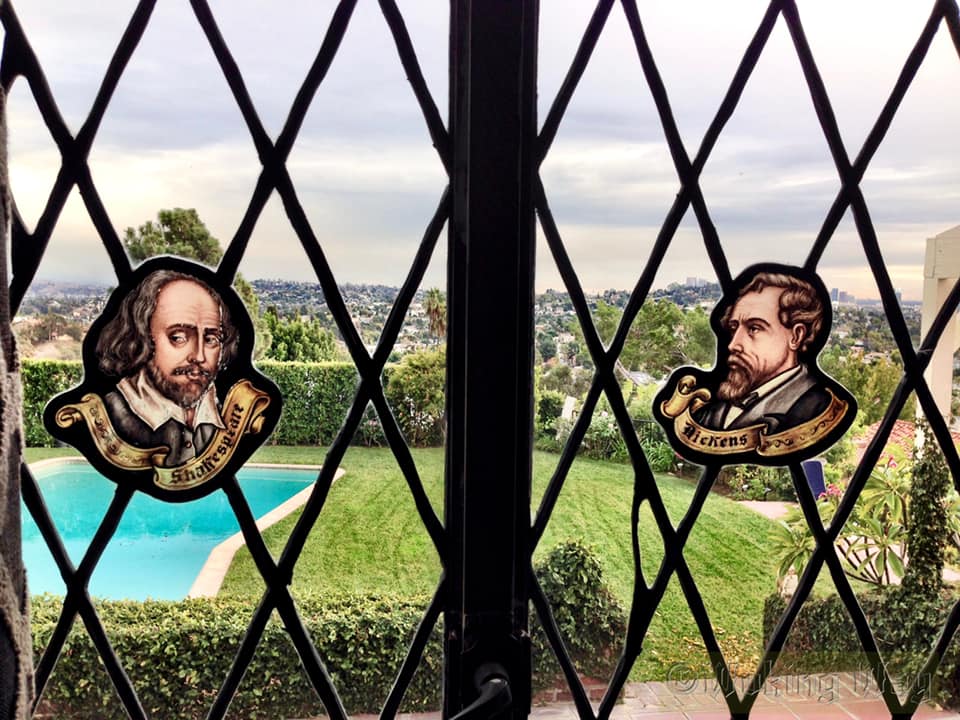 Alysia Gray Painter added, “Disney expert Todd Regan will host a live stream on Saturday, Dec. 5 at noon, all to give fans in Los Angeles and around the world a winsome look at a whimsical house.” 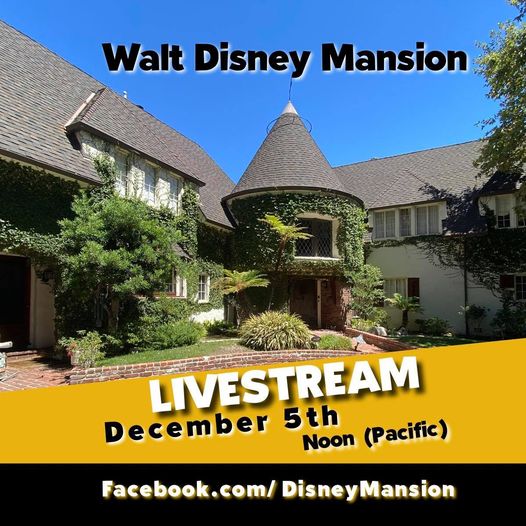 The Facebook page is really cool, with photos and a 3D shot of the backyard:

In case you’re not convinced, this what you will see on tour: 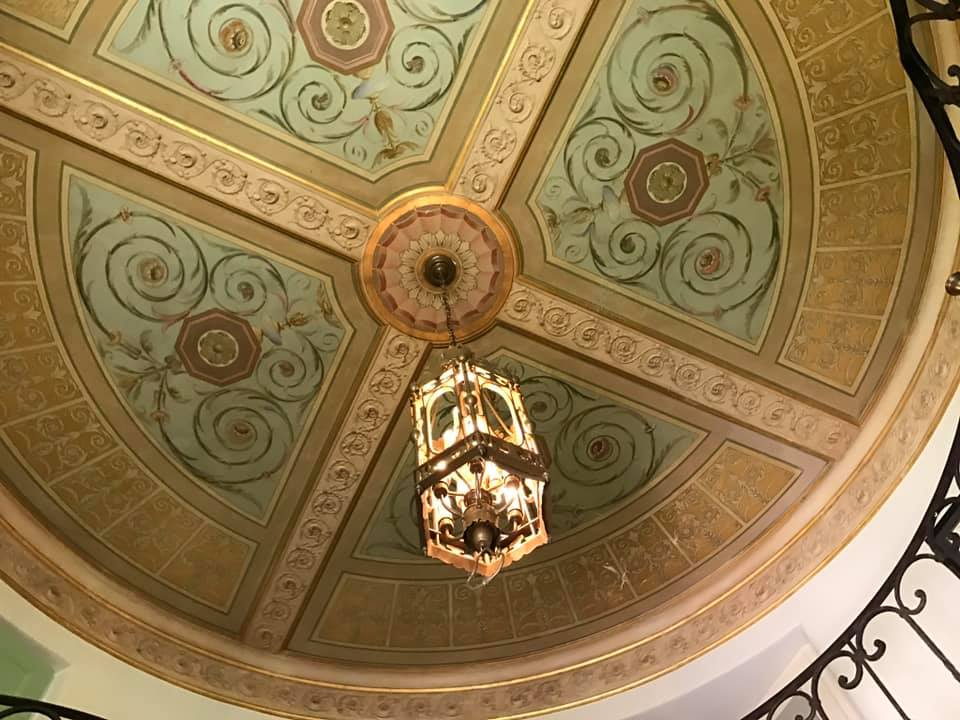 Stunning stained glass, a quintessential “curl-around” Old Hollywood staircase, a sunken living room boasting woodsy beams, and a fairytale playhouse in the back for Sharon and Diane, the Disney girls who grew up there, may be some of the details seen during the live stream. 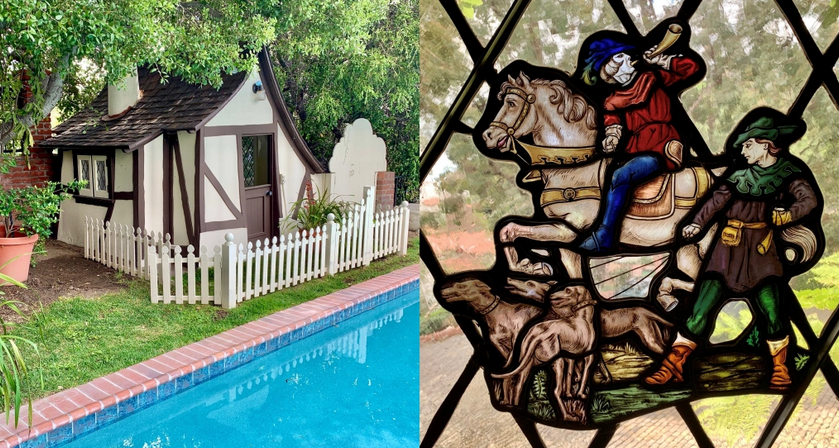