Disney+ is at it again with a new superhero series all set to begin filming.  “Hawkeye” features the Avengers character played in the films by Jeremy Renner.  This arrow wielding Avenger has not gotten his own stand-alone story and hopefully this will be corrected in the new original series. 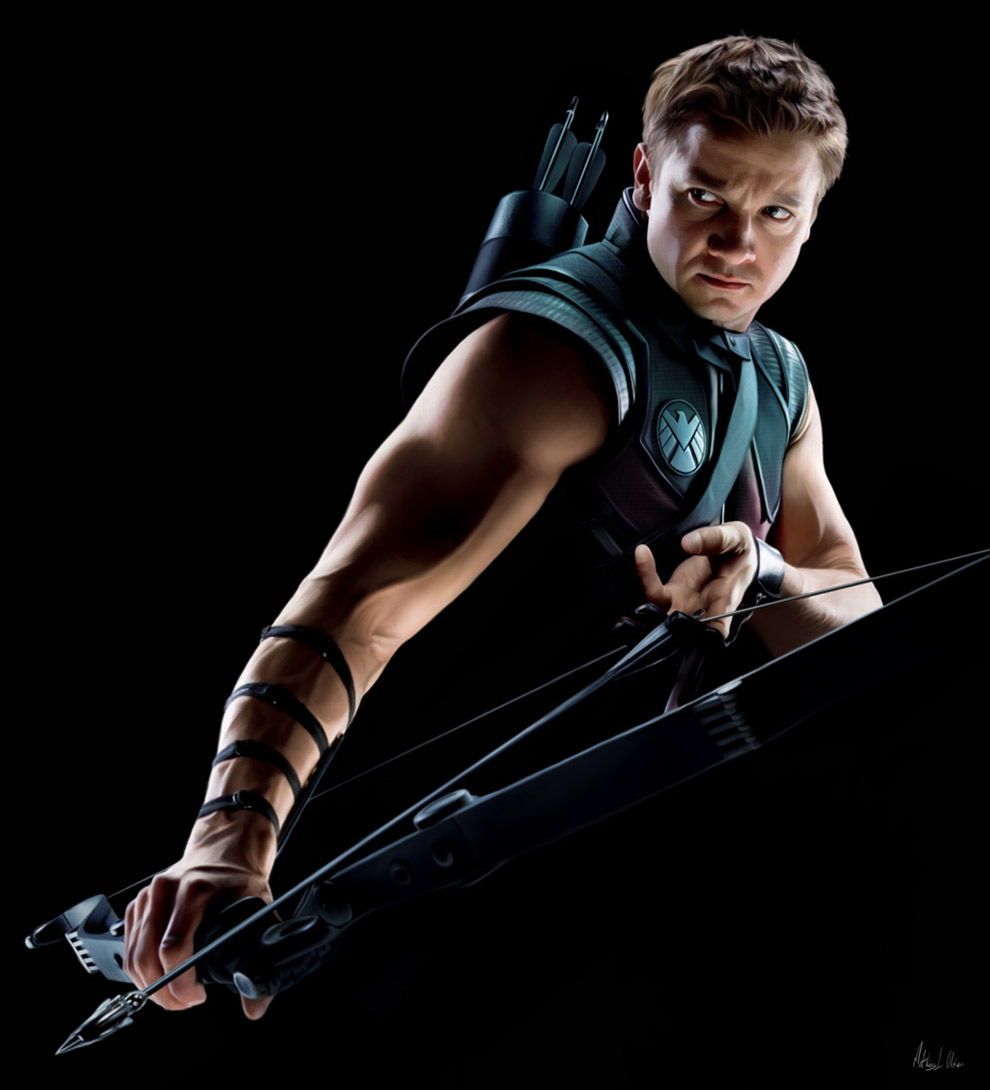 Brooklyn residents received notices asking them to move their vehicles before 10pm on December 1st.  The notice went on to say this request was so filming could begin on “Anchor Point” the working title for the Disney+ “Hawkeye” series. 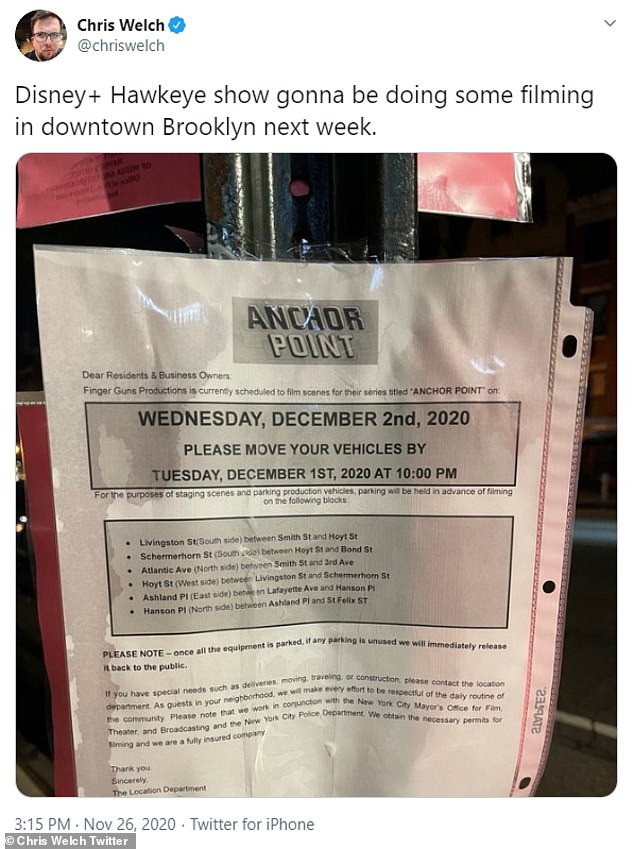 Thanks to @chriswelch for an example of the notice to Brooklyn residents. The notice reads, “For the purposes of staging scenes and parking production vehicles, parking will be held in advance of filming on the following blocks”.

The series is set to flesh out Hawkeye’s origin story as well as what happens in his time away from The Avengers.  It is also rumored that the show will follow Clint Barton’s passing of the Hawkeye mantle to Kate Bishop.  Bishop’s character may be played by actress Hailee Steinfeld from the film “Bumblebee”, but that casting has not yet been officially announced.

The series is set to debut on the Disney+ streaming service in late 2021 or early 2022.  Jeremy Renner has played the character of Hawkeye in five films including the first Thor in 2011.