On Tuesday, November 24, The Walt Disney Family Museum announced the coming of a new exhibition, timed around the 75th Anniversary of the end of World War II. 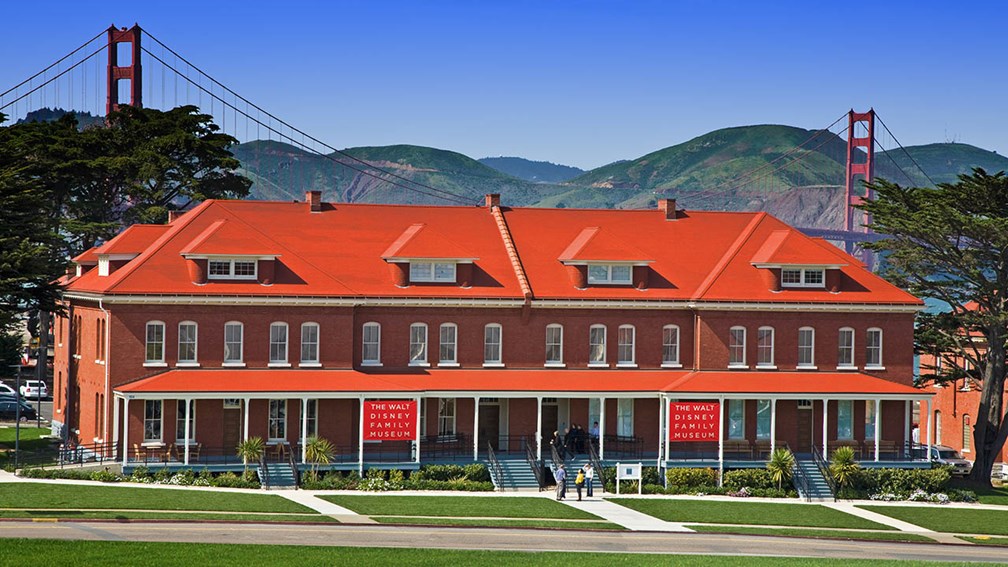 When Walt Disney received word that the Disney studio lot in Burbank had been requisitioned as an Army antiaircraft base after the bombing of Pearl Harbor in 1941, he and his staff pledged to support the war effort without hesitation, and without profit. This original exhibition illustrates how The Walt Disney Studios devoted over 90% of its wartime output to producing training, propaganda, entertainment, and public-service films, publicity and print campaigns, and over 1,200 insignia; meanwhile also deploying a group of talented artists, including Walt himself, to Latin America on a Goodwill Tour.

“The museum is humbled and honored to mount the first major exhibition to explore, in-depth, The Walt Disney Studios’ involvement in the Second World War effort,” says Kirsten Komoroske, Executive Director of The Walt Disney Family Museum. “This rarely-shared period in the Studios’ history offers insight into the creativity, innovation, and positivity that Walt and his team brought to the military leaders, troops, and civilians at home and abroad.”

When Donald Went To War 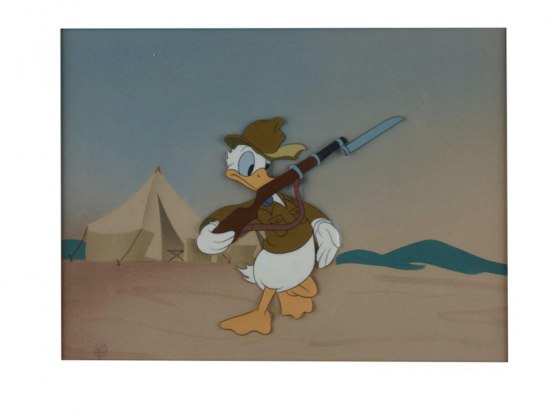 As noted above, World War II really changed the way The Walt Disney Studios approached its day-to-day existence. And we covered the era in a piece timed to Memorial Day 2020:

When Donald Duck (and Disney Studios) Went To War

However, this new exhibition will be an amazing experience for anyone who is a Disney buff or even just a history buff.

During this unique era of animation history, The Walt Disney Studios functioned as a tremendous morale builder for both the civilian public and deployed Allied troops. Meanwhile, Walt knew that cartoons would be an ideal medium for communicating with the American people—in an amusing, uncomplicated manner—about war-related issues and anxieties. In addition to the short films and military insignia being produced, Disney characters appeared in a variety of homefront initiatives; from advertisements, magazines, and stamp books, to government posters promoting tax payment, food recycling, rationing, war bond sales, and farm production. This exhibition includes 550 examples of these rare, historical objects and film clips.

In celebration of our upcoming special exhibition, The Walt Disney Studios and World War II, we have created a special insignia. We are excited to announce the exhibition opens to the public Friday, December 4, 2020. Reserve your tickets now. https://t.co/WePWR4c4Nk pic.twitter.com/6wbi88zy8m

Finally, this exhibition is right up my alley, and here’s hoping I have the opportunity to see the museum soon. But how about you? Will you make an effort to see this special exhibit? Let us know in the comments.