Are you a parent? Are you sick of Minecraft? Me too. Until today.

Today, I was talking to the boys, asking, “Hey, can you show me the new Star Wars stuff in Minecraft?” 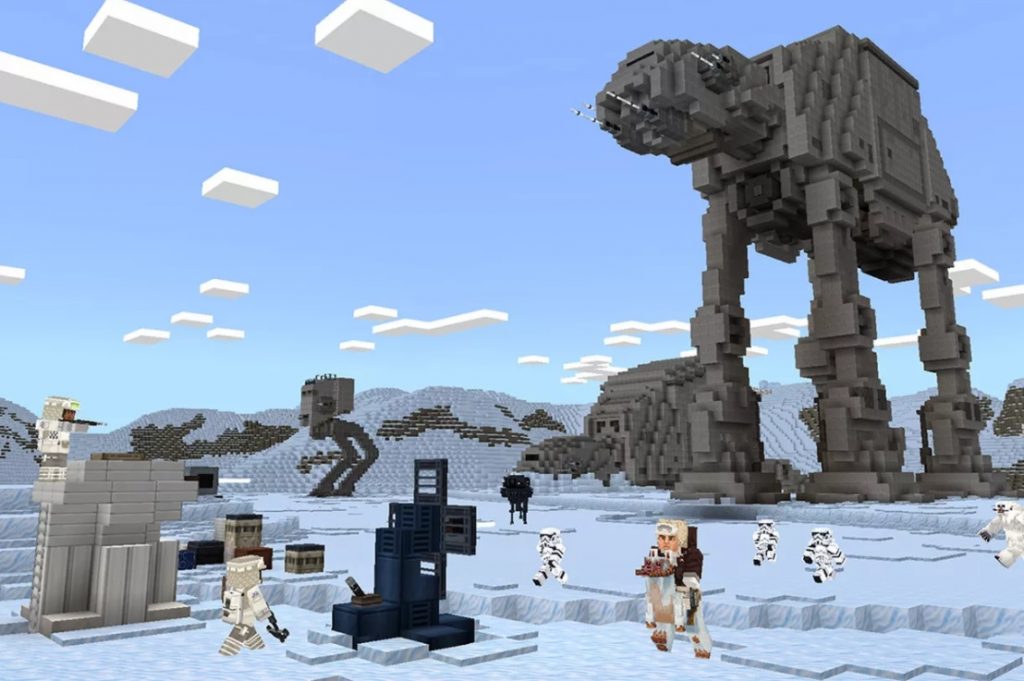 Yep, a galaxy far, far away has come to Minecraft. 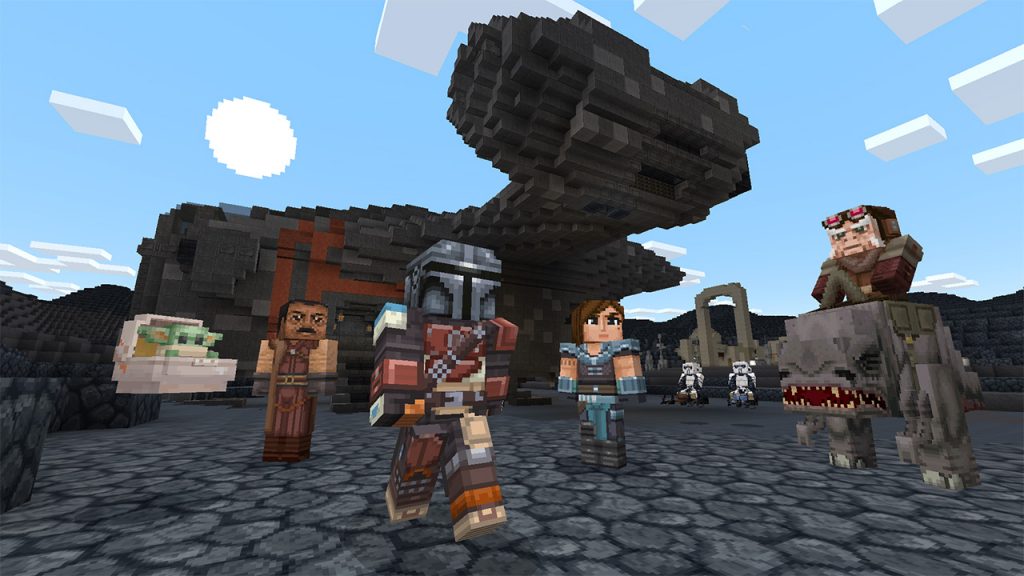 It was really difficult to pick an opening line for this post. I toyed with “In a biome far, far away…” and considered “Help me Steve, you’re my only hope!” Look, announcing one of the most exciting DLC mash-ups in the history of Minecraft is not as easy as it sounds. If that mash-up also includes one of the most beloved and iconic universes in the, well, universe, there are almost too many references at your disposal…. This DLC includes a map, a skin pack, a full bespoke texture set, mobs and items reskins, UI treatment, and even a licensed soundtrack. Sadly, my cantina cover songs did not make the final cut but it’s still pretty good. 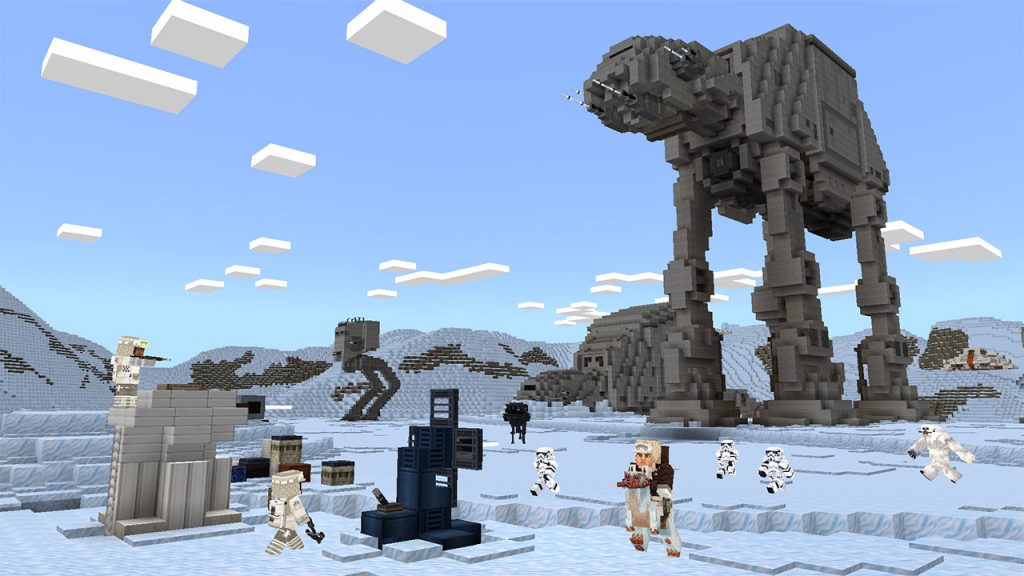 The map includes 12 planets to explore, including Tatooine, Endor, and Hoth, which are populated with characters, droids, and creatures. There are all kinds of character skins, including Luke Skywalker, Princess Leia, Darth Vader, Chewbacca, Han Solo, and (of course) Baby Yoda. You can zip between the planets in “hyperspace” using starfighters — the blog post notes that “you’ll be able to fly out of there in an X-wing or TIE fighter.”

Explore the galaxy in this epic Star Wars Mash-up, featuring characters and locations from the original trilogy and The Mandalorian series. This is the way!

So, when I asked my oldest if he would be getting Star Wars in Minecraft, he scrunched up his face and said, “I’ll try(?).”

And then he left the room. 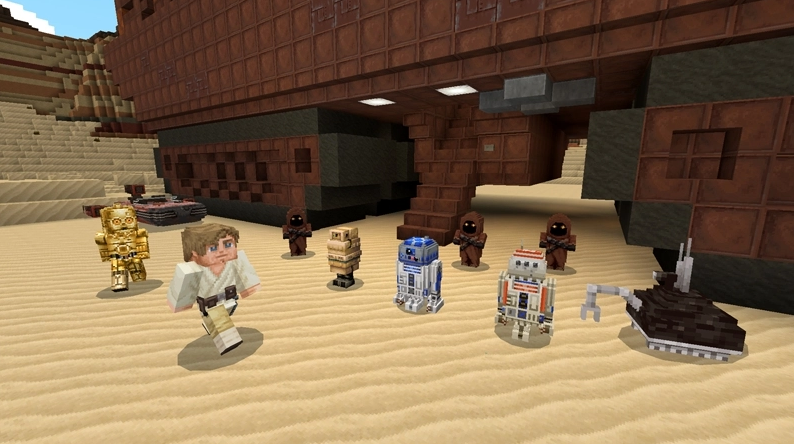