If you’ve been following along with MickeyBlog you’ll know that earlier this year, Disney began testing new contactless security scanners at Downtown Disney and hopes to unveil them across most of Disneyland and Walt Disney World Resorts in the near future. Today we can report that progress has been made on this front and that the scanners have now been installed for those going through security at Disney Springs! 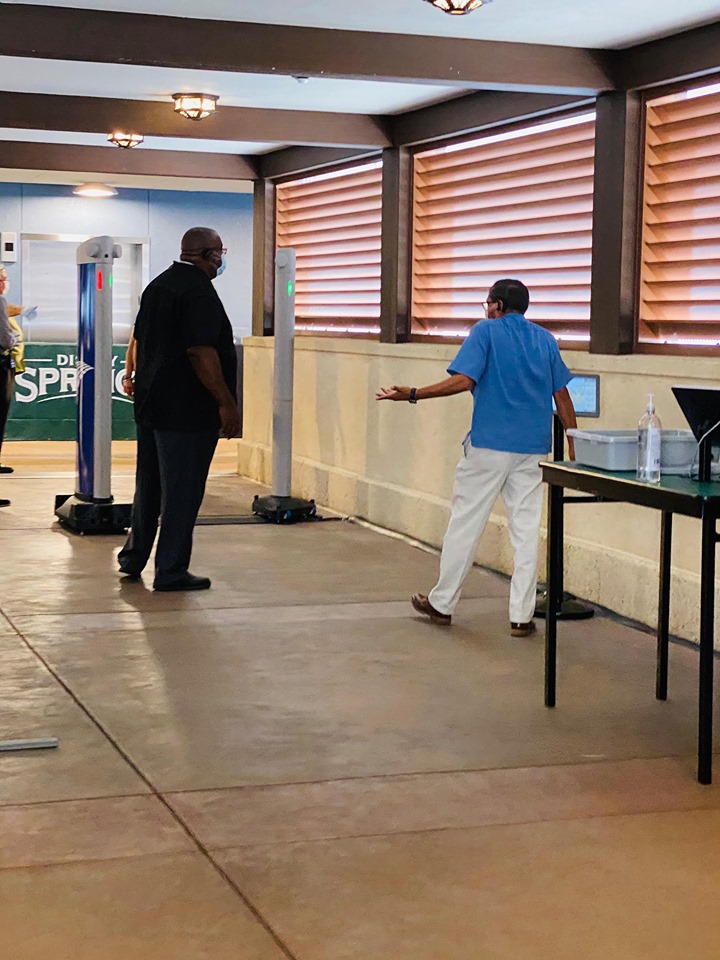 If you’re visiting Walt Disney World’s downtown shopping district in the near future then be on the lookout for a system similar to the one above. The new contactless tech is created by a company called Evolv. With it,  there is no longer a need to check each bag individually as they are instead scanned. The hope is that it should speed up the process of getting into Disney Springs to do your holiday shopping.

According to the company,  the Evolv Express System has bomb detection and firearm detection and can screen over 3600 people per hour (that’s 60 guests per minute.) If the system looks familiar that is because it is already being used to expedite the screening process at EPCOT, Disney’s Hollywood Studios and Animal Kingdom.  The Evolv system is being used alongside Disney’s temperature screening stations.

Evolv is designed to be a frictionless system meaning there’s no stopping, emptying your pockets or removing bags. The system interfaces with a tablet where security guards can see in real-time whether guests pose a risk.

The system can also be equipped to take guests temperatures but it doesn’t look as if Disney is ready to bypass the manual temperature techs in favor of this enhancement just yet.  It is however something we may see utilized in the future. This is a story that we’ll continue to follow closely here at MickeyBlog and readers are encouraged to keep checking in with us for further news and updates!