A Stormtrooper Saved The Day On Halloween!

On Halloween, This Stormtrooper Was Right On-Target….

This needs to be seen to be believed. Thank The Maker that the Nevada Highway Patrol posted a very cool Halloween story on Twitter.

In a Star Wars-style crawl, they explained: 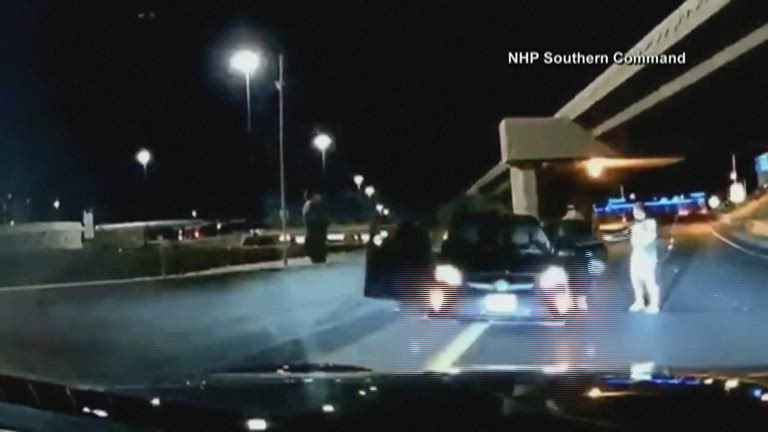 Early in the morning on October 31st, Trooper Britta Foesch was off duty and on her way home from a Halloween party. She saw a vehicle trying to enter the I-15 going in the wrong direction. She stopped the vehicle, called dispatch over the phone, and got on duty Troopers to respond. The driver was arrested on suspicion of DUI. Ironically Trooper Foesch still had her costume on, she was dressed as a Stormtrooper. Trooper Foesch no doubt intervened and stopped a potentially deadly situation.  The FORCE is strong in Trooper Foesch….

You must watch this video:

This morning a off duty Trooper stopped a wrong way driver from entering the I-15. All this happened while the Trooper was dressed as a Storm Trooper after a Halloween party. Driver was arrested on suspicion of DUI, all this was captured on the Troopers personal dash cam. #nhp🎃 pic.twitter.com/blcwkBE9qB

Of course, the whole situation has now captured the imagination of a whole lot of folks:

While returning home from a costume party early this morning, off-duty NHP Trooper Britta Foesch spotted a vehicle attempting to enter I-15 from the wrong direction. She then conducted a traffic stop — while dressed as a Star Wars stormtrooper.https://t.co/rP38TzU3TJ 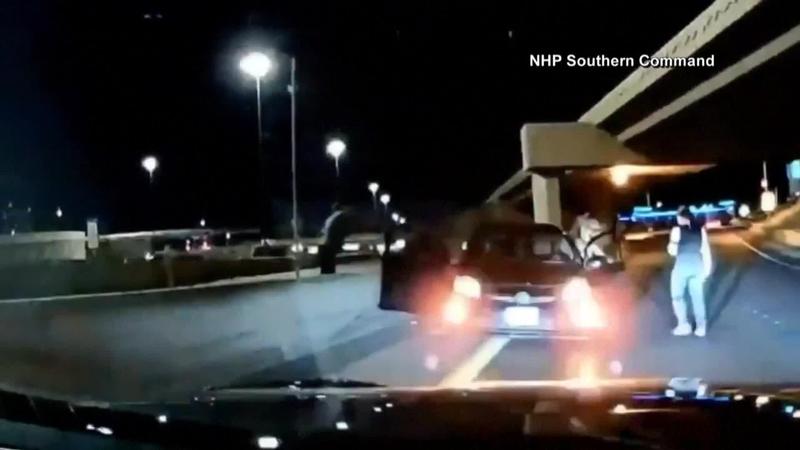 A stormtrooper crossed over from the dark side early Saturday morning possibly save some lives.

Off-duty NHP Trooper Britta Foesch was exiting the I-15 southbound at Blue Diamond when she spotted a Toyota Prius with tire damage attempting to enter I-15 from the wrong direction. Trooper Foesch pulled over the vehicle and got it turned around in the correct direction.

Video from the incident shows trooper Britta Foesch, who was on her way home from a Halloween party when she encountered a Toyota Prius with tire damage attempting to enter the highway going the wrong way on Interstate 15 just after 1 a.m. https://t.co/C0qavGbJoM

However, this is NOT the first time Trooper Foesch has provided some awe-inspiring heroics.

Although, last time it might have been more “awwwww” inspiring.

“Oh my gosh,” says Trooper Britta Foesch. “They're amazing, they're so little. They need homes.” https://t.co/gMT6cIqvWB

In September, Trooper Foesch saw another situation to solve on the interstate.

While on duty last year, she helped rescue a puppy off I-15.

After initially turning her into the Animal Foundation, Foesch came back and adopted the pup.

“She’s the best dog ever,” says Foesch, smiling behind her face mask. “They (the Animal Foundation) have to deal with good and bad like we do. Take in a lot of sweet animals that don’t have any hope.”

It would make sense that this photo of the trooper in her costume includes the rescued puppy. 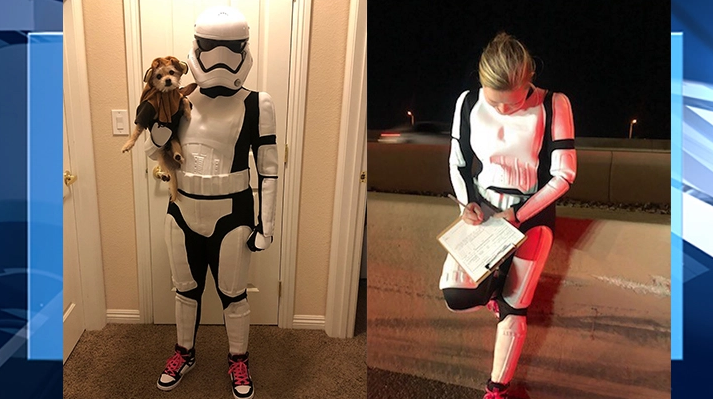 I am not sure what to do with ANY of this information besides crack a smile.