Indy and Belloq: Looking Back With Lucasfilm

What is Lucasfilm’s most heated rivalry? Is it Obi-Wan vs. Vader? Rey vs. Kylo? Raziel vs. Bavmorda (look it up)?

Here’s a thought: How about Indiana Jones vs. René Belloq?

Dr. Jones vs. Belloq: From Friends to Arch-Enemies

Born in Marseilles, Belloq studied archaeology at the Sorbonne where he met and befriended Jones but eventually plagiarized his work with which he went on to win the Archaeological Society Prize. A career at the Louvre was cut short when Belloq was suspected of funding a grave robbing expedition and afterward became a mercenary archaeologist with increasingly unethical methods in carrying out his work.

Over the following years, Belloq embarked on several adventures in the pursuit of artifacts, often pre-empting or in the wake of Indiana Jones. The involvement of his rival, however, managed to frustrate many of Belloq’s plans on a number of occasions.

In 1936, after claiming a golden Chachapoyan fertility idol from Jones in Peru, Belloq was hired by Nazi leader Adolf Hitler to assist in the Reich’s search for the Ark of the Covenant, an expedition that would ultimately be his undoing.

René vs. Indy: The Final Confrontation 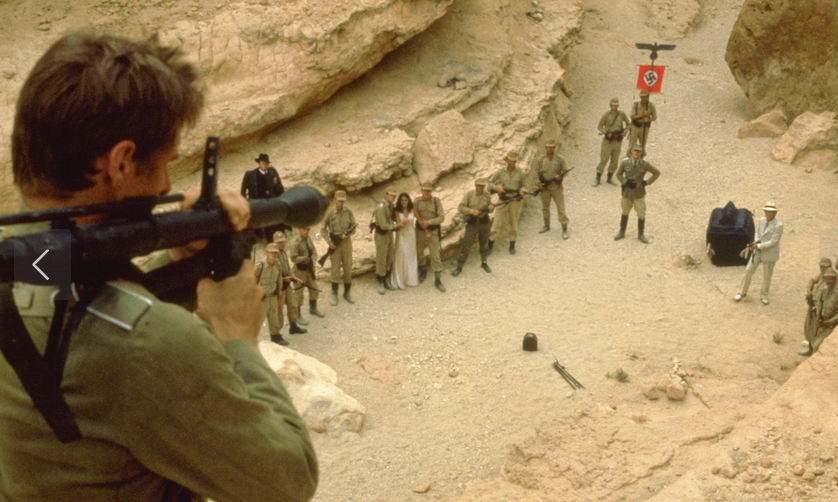 That undoing and the path to the mysterious island where the Ark was opened is the subject of a recent Lucasfilm article entitled, “Defining Moments: A Brush With History,” which sets the scene:

Indiana Jones (Harrison Ford) has one last trick up his sleeve. Sneaking his way onto a nameless Mediterranean island, he steals a Nazi uniform, and follows the villainous party into an arid mountain range. The enemy plans to open the Ark of the Covenant, the ultimate prize. But they’ve also taken Marion Ravenwood (Karen Allen) prisoner. High atop a ridge, Indy catches the group in a barren canyon and aims a grenade-launcher at the Ark, threatening to blow it up unless they release Marion. Though Jones’ persistence is surprising, arch-nemesis René Belloq (Paul Freeman) has his own last trick up his sleeve…

Indy and Belloq share much in common. “I am but a shadowy reflection of you,” the cunning Frenchman tells Indy earlier in the film. Both are archaeologists, each lusting to obtain prizes. Only their methods differ. At the end of their exhaustive pursuit of the Ark, Belloq calls Jones’ bluff. He dares him to “just blow it up,” to “blow it back to God.” He appeals to their desire to uncover the knowledge of the ancient treasure, and attain fortune and glory. “You and I are simply passing through history,” Belloq says. “This, this is history.”

Indy says nothing. He lowers his weapon. Belloq is right. He won’t blow it up. But what the Frenchman doesn’t realize is that Jones is willing to let it go to save Marion. He’s even willing to forego discovering the secrets within the Ark to ensure her safety and his own. So the hero and villain part ways, and Indy and Marion close their eyes in the face of a supernatural power. 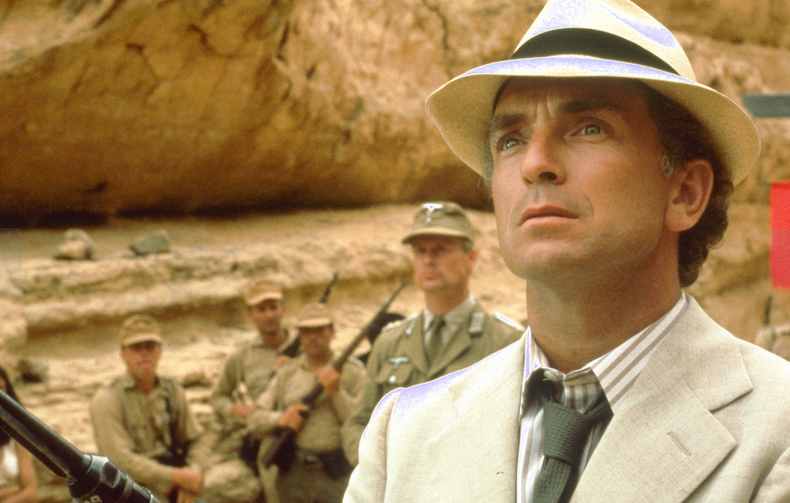 So, in essence, and in contrast to many of Lucasfilm’s heroes (even Jedi), Jones shows his true difference to Belloq by attaining victory, not with his fists, but with his brains and heart.

Amazing stuff, and solid, solid article. Check it out here.