The Ghost of Blackbeard: A Pirate’s Portrait

From legendary portrait to pirate treasure to treasured artifact…

File under: I’ve been meaning to watch that! 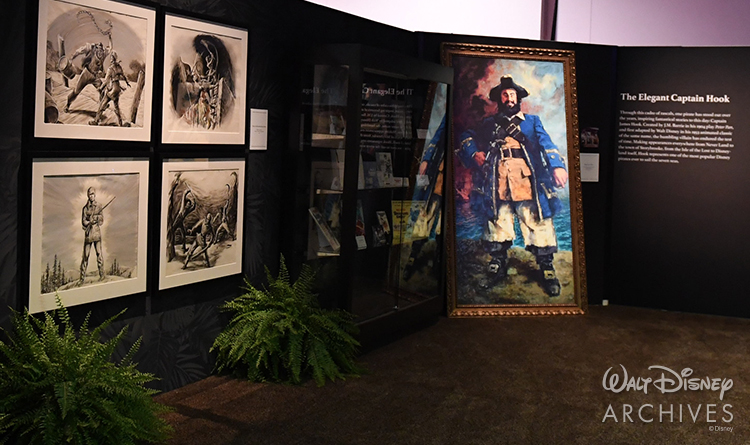 The portrait was featured at D23.

Welp. Now I actually have to sit down and watch Blackbeard’s Ghost. 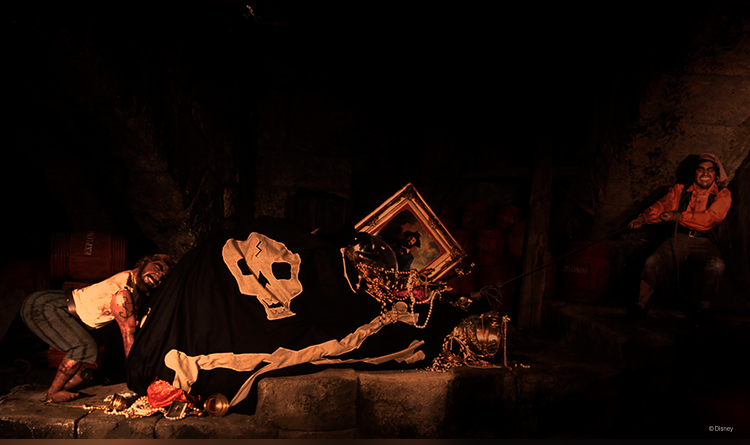 At one time you could find Blackbeard’s portrait in Disneyland’s Pirates of the Caribbean.

Legendary Pirate Blackbeard, the once blackhearted scoundrel materializes in a small New England town, cursed to wander in limbo until he performs a good deed. He gets his chance when he decides to help a local college track team that hasn’t a ghost of a chance of winning!

Fast-forward to 2020, and the Walt Disney Archives featured the film and a famous prop as part of it’s Halloween holiday highlights.

One of the many memorable props from the film was Captain Blackbeard’s iconic life-size portrait, prominently displayed in the Inn. The artwork’s creator and illustrator, David Jonas, was a Disney Studio artist from the late 1960s to early 1970s and contributed to such films as Lt. Robin Crusoe, USN (1966), Bedknobs and Broomsticks (1971), and The Black Cauldron (1985). In press materials from the film, Jonas noted that it was difficult to create a likeness of someone without a recent photograph. “I did a lot of research on what the actual Blackbeard looked like and portraits of that period so that I could give the figure an authentic pose and background,” Jonas recalled.

The latest edition of D23 Creepy Classics summons the supernatural hijinks of Blackbeard’s Ghost with Drew Hayashida of @DisneyStudios! Find out the influence Walt Disney had on the film and its connections to The Walt Disney Studios lot & Disneyland: https://t.co/EQvCjrGn4r pic.twitter.com/QkT6gBHeu8

Even before filming began he worked with wardrobe designer Bill Thomas to determine what costume Blackbeard would be wearing. “By the time Peter arrived at the studio for production, the painting for all but subtle modeling and little details was finished.” Using old photographs of Ustinov, Jonas sketched in his face, creating a perfect blend of the historic Captain Blackbeard and the film’s lead. “Extraordinary,” remarked Ustinov upon coming face to face with the portrait for the first time. “It’s a very good likeness. But I believe I would be afraid to hang it in my house. My dogs would never stop whining at it, wanting it to pat them or feed them.”

A pirates life for me…

The portrait was important to the film, but did you know that it was also featured in Disneyland’s Pirates of the Caribbean? And then, when the Walt Disney Archives featured A Pirate’s Life for Me: Disney’s Rascals, Scoundrels, and Really Bad Eggs the portrait was front and center.

One of many props from “Blackbeard’s Ghost” (1968) is this life-size portrait of Captain Blackbeard himself. In our latest Spotlight article, learn about the artist who created the portrait and its connection to Pirates of the Caribbean at Disneyland: https://t.co/Vb52Yuxi8Z pic.twitter.com/9xZlRC3WdW

So, later tonight, I am going to give this Halloween-worthy classic a watch. How about you? Let us know what you think in the comments.

And be sure to check out the full story from the Watl Disney Archives.