Tales from the Galaxy’s Edge takes players to Batuu in their living room….

This morning, ILMxLAB released a new trailer for the upcoming Oculus Quest game, Star Wars: Tales from the Galaxy’s Edge: 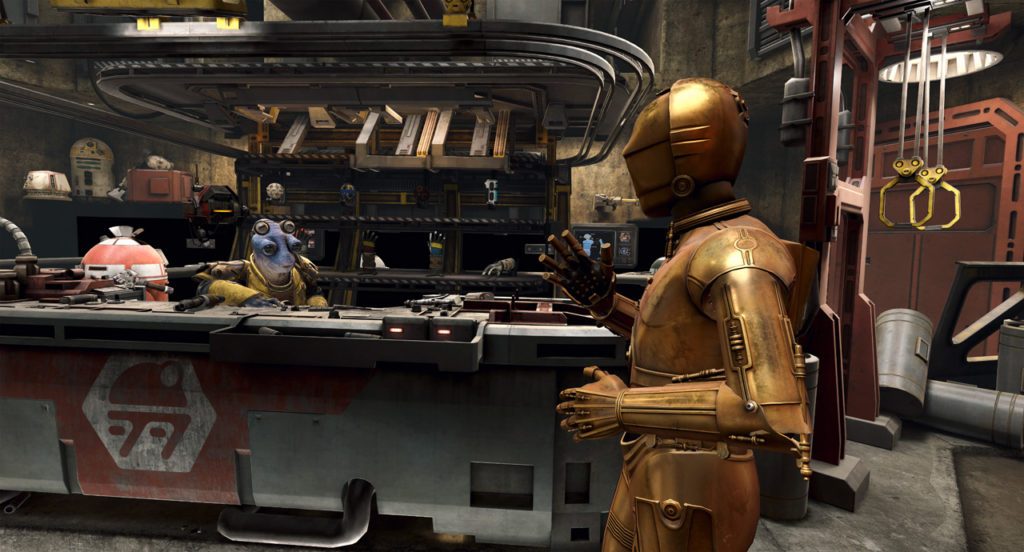 Star Wars: Tales from the Galaxy’s Edge launches on November 19 exclusively on Oculus Quest. In this action-adventure virtual reality experience, you’ll travel to the planet of Batuu and get caught up in your own unforgettable story. Fight alongside classic characters, and face intimidating villains, as you explore all-new regions and eras of the Star Wars galaxy. With multiple difficulty settings, Tales from the Galaxy’s Edge has been crafted for all types of players and fans.

The experience takes place on the outskirts of Black Spire Outpost of Star Wars: Galaxy’s Edge, the epic land at Disneyland Resort in California and Walt Disney World Resort in Florida. You’ll play as a droid technician operating near Batuu, but when a group of Guavian Death Gang pirates attack you’ll be forced to jettison the ship’s mysterious cargo and head for an escape pod. After crashing on Batuu, you’ll explore the outskirts of Black Spire Outpost, and learn how the actions of one person can change the galaxy.

And, how about this synergy, StarWars.com wrote about the new trailer and game this morning!

StarWars.com On The Game

All joking aside, Anina Walas pulled together a fascinating Q & A with some of the creators of the game.

I don’t want to steal any thunder from The Mother Ship, but here’s the first part of the piece: 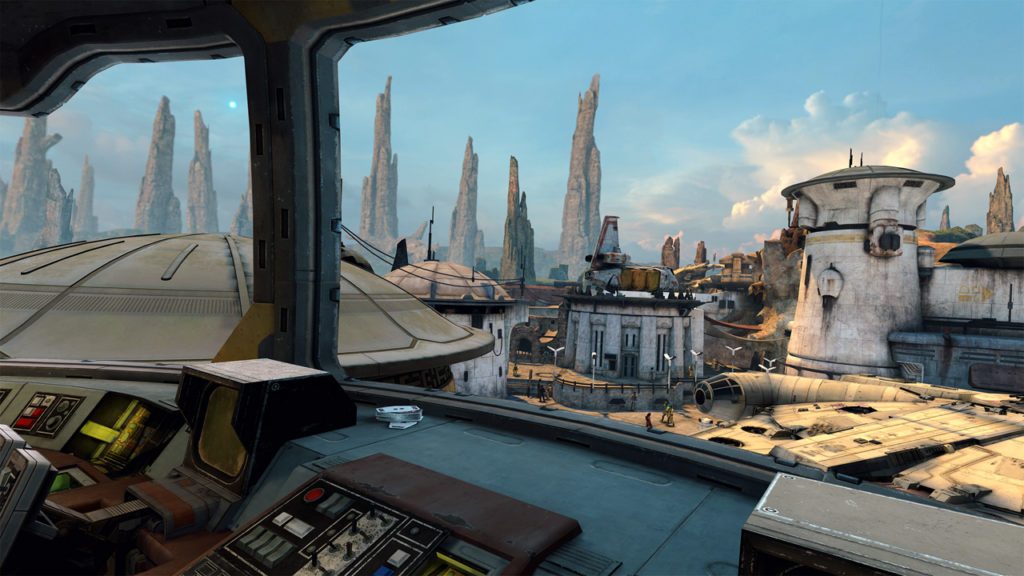 StarWars.com: The new trailer gives us a ton more insight into what exactly our journey will be like… How did you approach the multilayered storytelling while ensuring that everything was connected in a realistic way?

Jose Perez III: We always knew we wanted to tell a story that was anthological in a way. We always knew we wanted a bartender that was going to tell you stories that you would be transported away to. The big reason for that is we’re huge Star Wars fans and it gives us the opportunity to play in all the different eras in Star Wars, which is really exciting for us. I love the prequels, sequels, original trilogy, I love it all… One thing that became clear very quickly was that we needed some kind of story that was pulling us into that cantina in the first place; firmly grounding us on Batuu and in Black Spire Outpost, so that’s where the droid repair technician story came in. 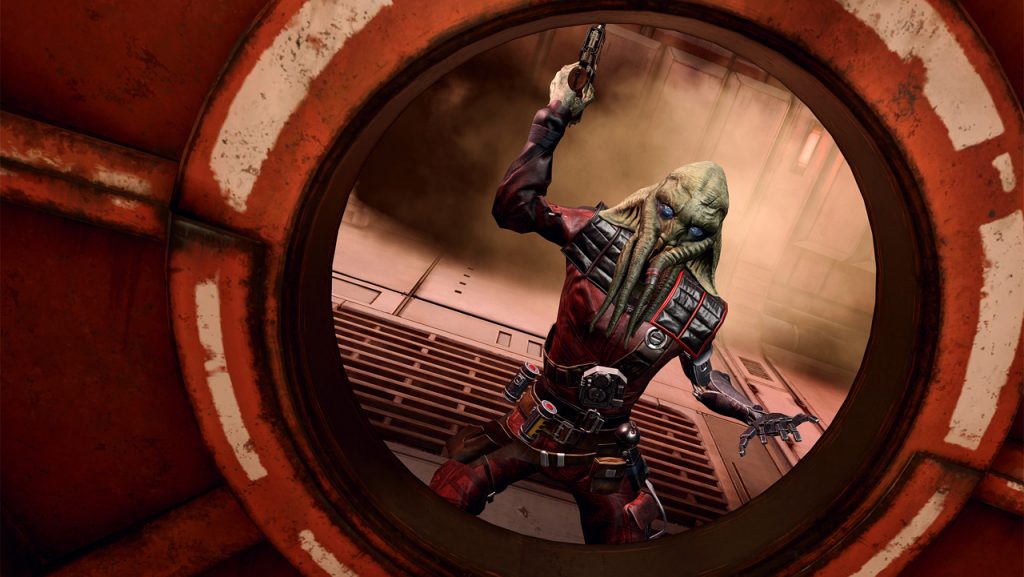 Seriously, even if you are not a gamer, or don’t own an Oculus, go read the piece.

And then, tell us if you will be picking up Tales from the Galaxy’s Edge!