Disney Teamsters Work as Volunteers at Food Bank After Layoffs

This weekend, families in need were provided with food donations as part of a charitable effort run by the Society of Saint Andrew. This outreach wouldn’t have been the success that it was without the distribution help from Teamsters Local Union 385 and UNITE HERE! Local 737. These two unions have a significant amount of teamsters that were recently laid off from Walt Disney World due to the ongoing pandemic. Their ongoing commitment to the community helped distribute food to hundreds of families at the Seasons Florida Resort in Kissimmee, Fla. on Saturday October 17th.

Two Teamsters from Freeman Decorating, which handles event and convention work at the Disney properties and the convention center, were among those who volunteered for Saturday’s food bank. Richard Cella and Sam Harris have both been laid off since March, but felt it was their duty to help others in need during this difficult time.

Cella, a 17-year member of Local 385 and steward for the drivers at Freeman, has volunteered for four weeks at this food bank. When he heard about the food bank from some of his co-workers, he immediately signed up to help. 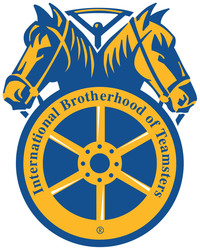 “I wasn’t prepared for being laid off, and I know that many of my coworkers weren’t prepared,” Cella said. “So anything I can do for those in need – like this food bank – is a great thing to bring the community together during these challenging times. It’s inspiring to see UNITE HERE! and the Teamsters coming together to help as best we can.”

Harris is a 20-year Teamster and steward for the convention workers that work inside the facilities. He has also volunteered for the food bank for the past four weeks. For Harris, it’s a reminder that life is unpredictable and a strong community that comes together during difficult times can be the key to turning the corner.

“You never know how quickly things can change and we felt that change directly in March,” Harris said. “This is one of those situations that shows you that however comfortable or successful you have become in your career, things can change very quickly. You never know when you could end up in the same situation as those we are trying to help now. This is one of the small things we can do to help people get by for a week or two, because we are all in this together, going through the same thing.”

Mike McElmury, Trustee of Local 385, was not surprised by the ovwhelming turnout each week at the food bank by members that have lost their jobs during the pandemic.

“The members of Local 385 are a tight-knit community – they support each other and stand strong against adversity,” McElmury said. “We are averaging between 25-30 volunteers each week over the last four weeks that the Teamsters have participated in the food bank. Union members know the importance of coming together to help each other when the times are tough. I am proud of these Teamsters who have put these families’ needs ahead of their own.”

Founded in 1903, the International Brotherhood of Teamsters represents 1.4 million hardworking men and women throughout the United States, Canada and Puerto Rico. Visit www.teamster.org for more information. Follow us on Twitter @Teamsters and “like” us on Facebook at www.facebook.com/teamsters.