The Mandalorian: Please Pass The Bread?

This is the way? One wonders how to butter the bread-born version of The Mandalorian…

So I’m reading the online magazine Bake — relax, it’s about bread and baking — and it says, “California bakery creates life-sized bread models in celebration of ‘The Mandalorian’.”

Now I love bread. In fact, I am somewhat famous among my friends for ordering a bowl of bread on a private flight. And I do love my Star Wars.

But these bread formed characters from The Mandalorian might just outstretch my carb-starved appetite.

Brian Amick of Bakemag.com (I am not making that up) posted: 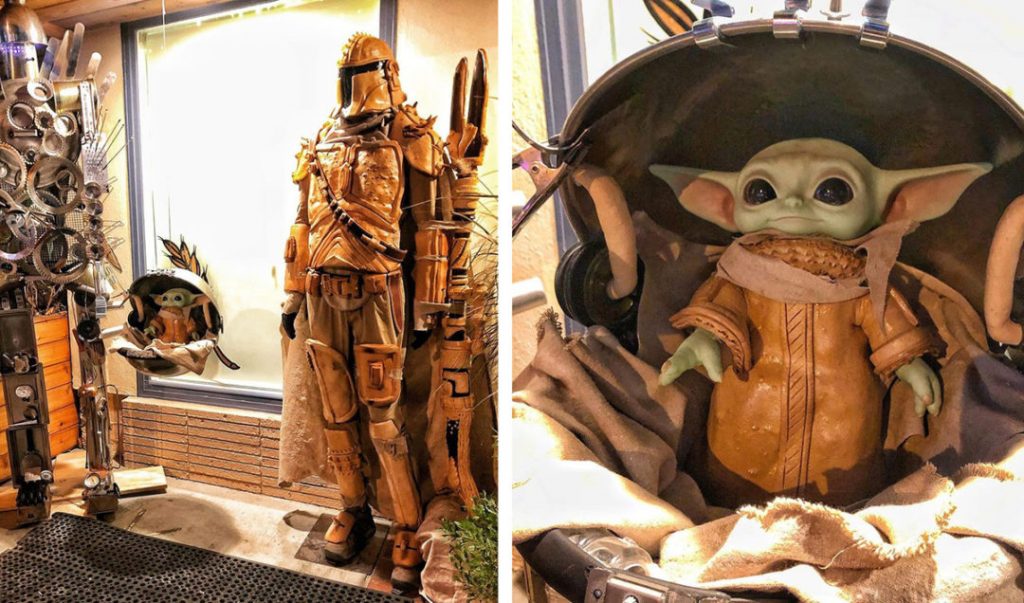 The Mandalorian, the hit Disney + series that first debuted in 2019, is set to return for its second season later this month. In honor of that occasion, Benicia, California’s One House Bakery baked up some extraordinary models of characters from the show.

Thank you #onehousebakery for the the feast for the eyes AND for my tum #mandalorian pic.twitter.com/cTd37X2j2z

The “Paindoughlorian” armor is made completely out of bread and the “Baby Dough-da” is floating in mixing bowls and its clothing is made from bread as well. There is also a “Pandroid” that is made out of pans and other kitchen tools. 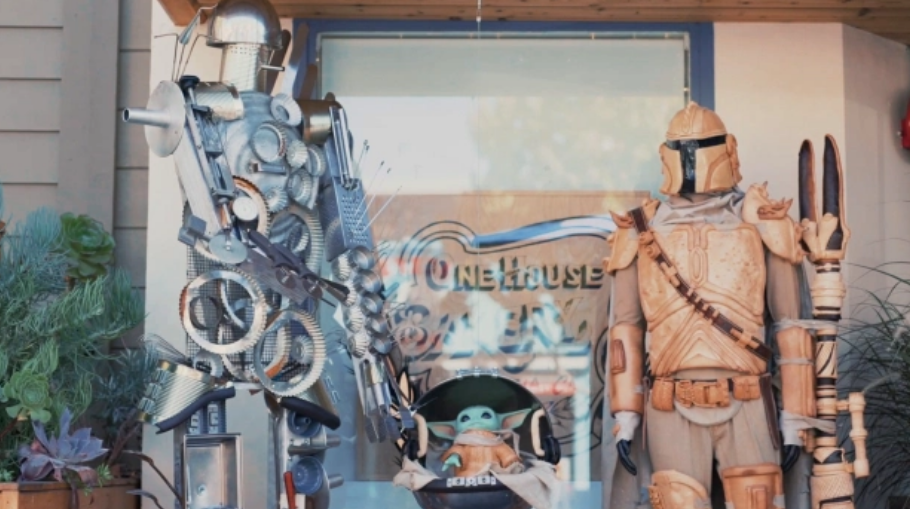 I mean, at first I was thinking this was just a prank. But it says it here, in the black-and-white, of the East Bay Times.

To connect the pieces, the bakers first had to dress the pain-nequin (get it?) with old clothes, including Pervan’s husband’s pants and her dad’s shoes (unbeknownst to Dad). Then the dough pieces were Dremel-drilled to fit the form again “since they have a mind of their own while being baked in the oven,” Pervan explains.

Then, they were glued on the fabric and wired in place. “Mom used old drop cloth fabric, from when we painted the bakery, to hide all the wire so you couldn’t see the ties,” she says.

Within hours, the “Pain Doughlorian” had racked up 60,000 upvotes in a galaxy far, far away (also known as Reddit). We expect no less from Pervan, who studied at Le Cordon Bleu and worked as part of the bread-making team at The French Laundry in Yountville.

Check out the vid:

So, does this story make you hungry for more Mandalorian? Let us know in the comments.