Though hyenas often get a bad name as volatile scavengers and most of us Disney fans know them as the baddies in The Lion King, for Scooter and Zawadi two of the hyena inhabitants at Disney’s Animal Kingdom they are living their best lives.

In an upcoming episode of “Magic of Disney’s Animal Kingdom” caretaker Nicole explains, “They’re actually very sweet, and incredibly intelligent and not as bad as they have been made out to be.”

If you’ve not yet had a chance to check out this incredible Disney+ show narrated by Josh Gad you don’t know what you’re missing.  New episodes air each Friday and are narrated by Josh Gad.  Each week we get an up close and person look at some of Animal Kingdom’s incredible inhabitants.  Scooter and Zawadi are two stars of the new episode airing on Friday, October 16th and you can check out a sneak peek of their episode below.

As you can see from the clip above, along with complimenting the hyenas, Nicole shows us some examples of the Animals being completely pampered! Scooter and Zawadi get scented bubble baths and back rubs with special back scratchers. They are also treated to some of their favorite meals including liver smoothies and goat’s milk mixed with peanut butter. Talk about living the pampered life! 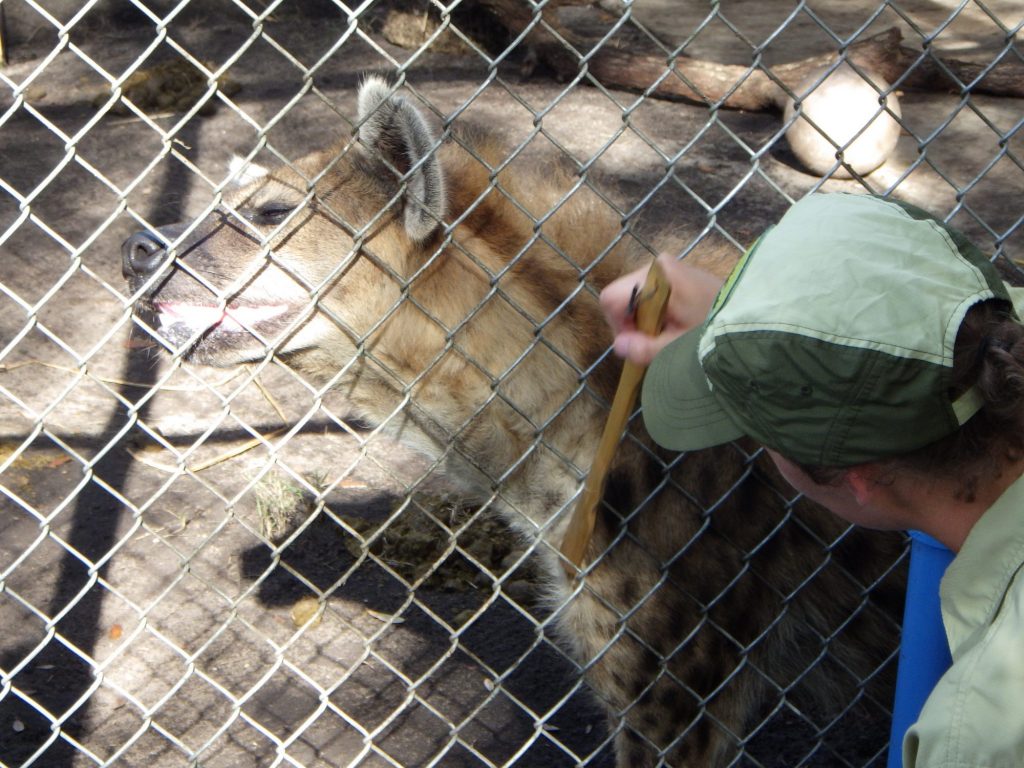 Friday’s new episode of Magic of Disney’s Animal Kingdom also features Linus the mandrill, who is brought into the park’s all-female mandrill squad as a way stop the group’s in-fighting. You’ll also be introduced to Sohni, an eight-year-old Sumatran tiger, undergoing a voluntary blood test.

Readers are also encouraged to keep following with MickeyBlog for further Disney+ news and updates. We also come to you LIVE! from the theme parks every week including Animal Kingdom!